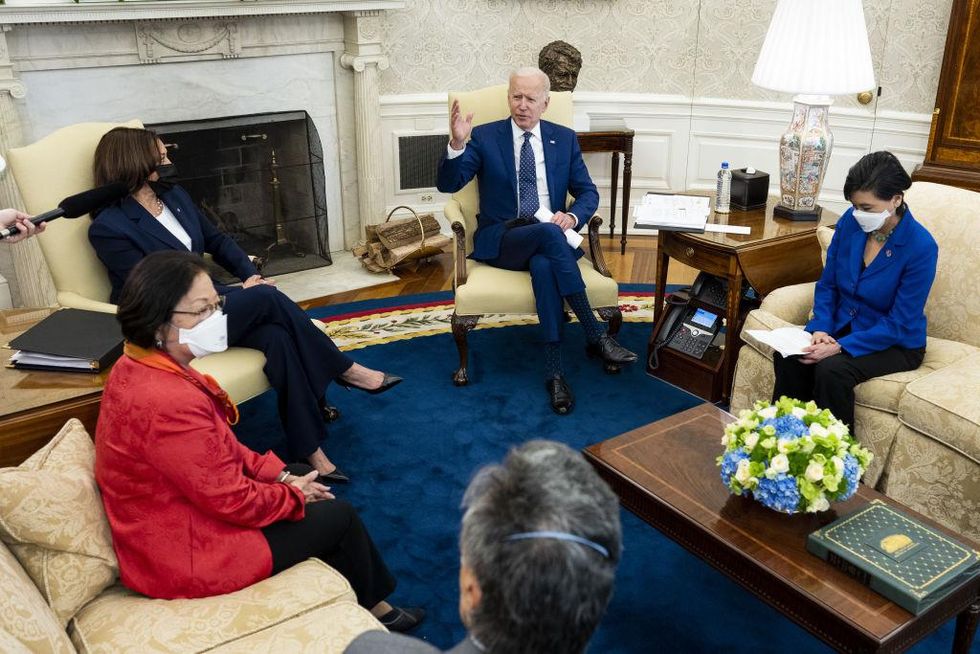 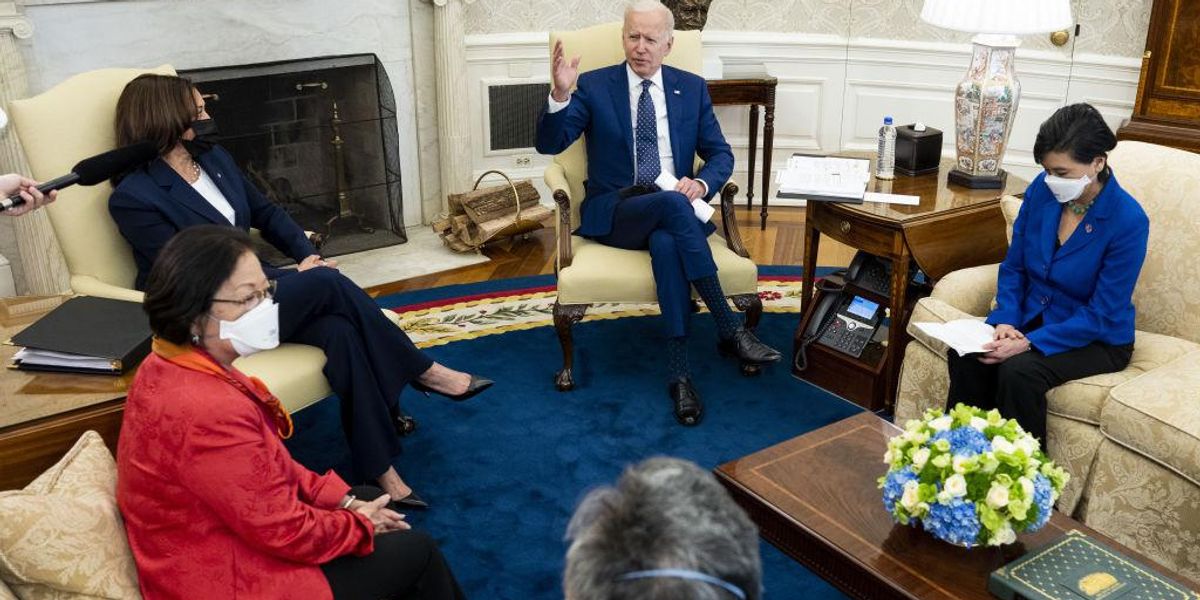 President Joe Biden isn't only taking flack from Republicans over his handling of the border crisis, but now he is receiving condemnation from his own party. This week there were three Democratic senators who were critical of the Biden administration's handling of the migrant crisis at the southern border.

Two Democratic senators from the border state of Arizona chastised Biden for not doing enough to remedy the migrant surge.

Sen. Mark Kelly (D-Ariz.) reacted on Wednesday to Biden's first address to a joint session of Congress by saying, "While I share President Biden's urgency in fixing our broken immigration system, what I didn't hear tonight was a plan to address the immediate crisis at the border, and I will continue holding this administration accountable to deliver the resources and staffing necessary for a humane, orderly process as we work to improve border security, support local economies, and fix our immigration system."

Sen. Kyrsten Sinema (D-Ariz.) echoed Kelly's sentiment that Biden has not done enough to address the historic surge at the U.S. southern border.

"Sen. Sinema has been clear that she – along with Sen. Kelly – wants to see more action from the administration to address the border crisis and support Arizona border communities. She's spoken directly with administration officials on this," Sinema's office told Fox News.

There was enough blame for the border crisis to go around the Biden administration. Democratic Sen. Mazie Hirono (Hawaii) went after Vice President Kamala Harris, who was tapped by Biden on March 23 to head the administration's response to the massive migrant surge. As Newsweek noted, Harris has been MIA at the southern border but has "made trips to New Hampshire and other states to promote the administration's jobs and infrastructure plan and its coronavirus response, with most of her work on the matter occurring in the form of roundtable discussions with experts and meetings with regional leaders."

During a PBS interview, Hirono was asked by host Margaret Hoover, "Will you urge Vice President Harris, who has been tasked with handling this crisis, to visit the border, as she hasn't yet been there?"

Hirono responded that she would "of course" urge Harris to visit the border.

The progressive senator said she "didn't know" why the vice president failed to visit the border during the crisis.

"We have a few other things to deal with, like the pandemic and everything else, so I'm not going to point fingers at her in the sense of — I hope that she will go down to the border," Hirono said during her appearance on "Firing Line with Margaret Hoover." "I hope that we can have a comprehensive, 'whole of government' approach to what we need to do to have a humane immigration system."

"I would call it a crisis," Hirono said of the current migrant surge at the border.

Last month, Biden admitted that there is a "crisis" on the southern border, but his administration quickly walked back the president's remarks by saying the word "crisis" is not reflective of the "administration's official position," but rather the situation is a "challenge."

Despite the historic flood of migrants across the southern border, the Biden administration is reportedly planning to increase the number of illegal immigrants released into the U.S.