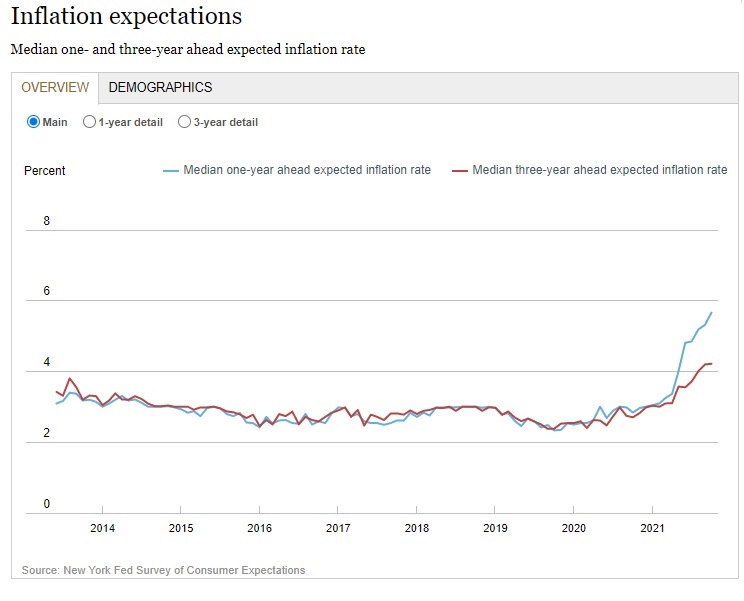 Democrats learned the wrong lesson about inflation and have overcorrected, unfortunately

Back in 2014, I wrote a piece about the spread of inflation mania on the right. The Great Inflation is back! The 1970s are back. Barack Obama is another Jimmy Carter. There was a lot of that kind of thing going on.

And in the desperate search for actual data to support such claims, some on the right started citing the ShadowStats website, a reliable source for unreliable inflation analysis. That even though many economists, not to mention the Bureau of Labor Statistics (BLS) itself, offered reasons aplenty to think its approach methodologically sketchy. According to ShadowStats calculations, annual inflation had never been below 5 percent since the mid-1980s and was nearly 10 percent at the time vs. the current Consumer Price Index number of 1.6 percent.

And for those that didn’t believe BLS, there were sounder alternatives than ShadowStats. As I wrote back then:

Well, MIT’s Billion Price Project, which “uses prices collected from hundreds of online retailers around the world on a daily basis” puts US inflation at just over 2% the past year. In other words, the CPI is roughly correct, though your personal mileage will vary a bit. Looking forward, a Cleveland Fed model based on both economic surveys and financial derivatives reports that its “latest estimate of 10-year expected inflation is 1.83%. In other words, the public currently expects the inflation rate to be less than 2 percent on average over the next decade.”

Today, inflation is actually surging. It’s as bad as it’s been in three decades. But that’s not enough for some folks — including thinkfluential Jordan Peterson and Twitter founder Jack Dorsey, apparently — who are again turning to ShadowStats for even scarier price numbers. So many cheers for the folks at Full Stack Economics, who’ve given the ShadowStats numbers a thorough debunking, one which they will likely have to republish every seven to ten years.

But there’s another story happening here. Because of the inflation hysteria on the right in the years following the Global Financial Crisis and Great Recession — concerns that folks on the left strongly suspected were often argued in bad faith — Democrats have been too quick to dismiss current inflation concerns as partisan hackery meant to undermine confidence in the economy and President Biden’s economic agenda. Anyone expressing even a whiff of concern that evermore spending poses a real inflation risk was handwaved away as if they were making another bad-faith forecast. The Great Inflation is back! The 1970s are back. Joe Biden is another Jimmy Carter.

Many concerned, serious economists, however, were not saying that. As AEI’s Michael Strain explained last spring:

But as a means of assessing whether inflationary pressures are persistent or transitory, pointing to these idiosyncratic factors isn’t pointing to much. Any period of sustained inflation is likely to begin with aberrant economic phenomena. The pattern takes months to emerge. . . . Inflation skeptics seem to think that explaining the quirks dismisses the problem. It doesn’t. The relevant issue isn’t whether one-off factors explain any one month’s data. Instead, the question is whether the accumulated effect of several months of price spikes — each driven by unique factors — leads consumers, workers and businesses to change their expectations about the pace of future price increases. . . . When workers and businesses start thinking this way, the economy is in danger. Wages and prices start to rise across the board in a damaging and self-sustaining spiral driven by expectations of more of the same.

And here we are. A recent New York Fed survey found households’ short-term inflation expectations reached a record high of 5.7 percent in October, up 0.4 percentage points since September. This from Capital Economics: “The bottom line is that, while it remains difficult to predict how far or for how long the various ‘transitory’ factors will boost inflation, there is increasing evidence that inflationary pressures are broadening out, underlining that inflation will remain elevated for much longer than Fed officials expect.”

Again, none of this means a return to the stagflation of 1970s America, much less the hyperinflation of 1920s Germany. But as recent polling suggests, inflation far below those levels can make Americans sour on the economy — and the party in power, which happens to be the Democrats.

Learn more: We don’t need another ‘Great Inflation’ for surging prices to cause a worrisome level of inflation | Thinking about the state of the US economy and the 2022 midterms | Democrats are learning a vintage lesson about inflation

The post Democrats learned the wrong lesson about inflation and have overcorrected, unfortunately appeared first on American Enterprise Institute - AEI.

Democrats learned the wrong lesson about inflation and have overcorrected, unfortunately