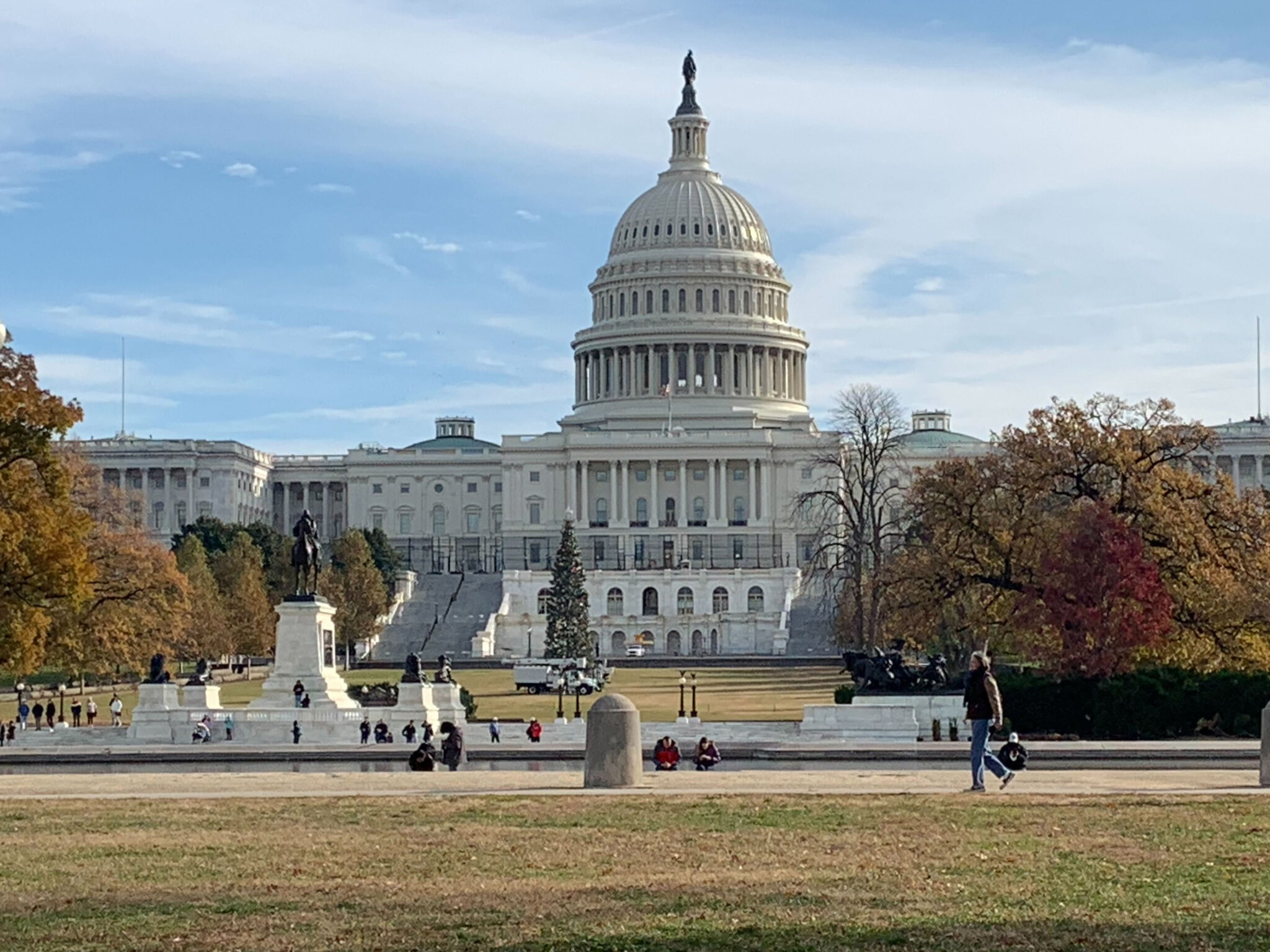 Democrats risk losses in 2022 if they give up on paid leave, advocates say 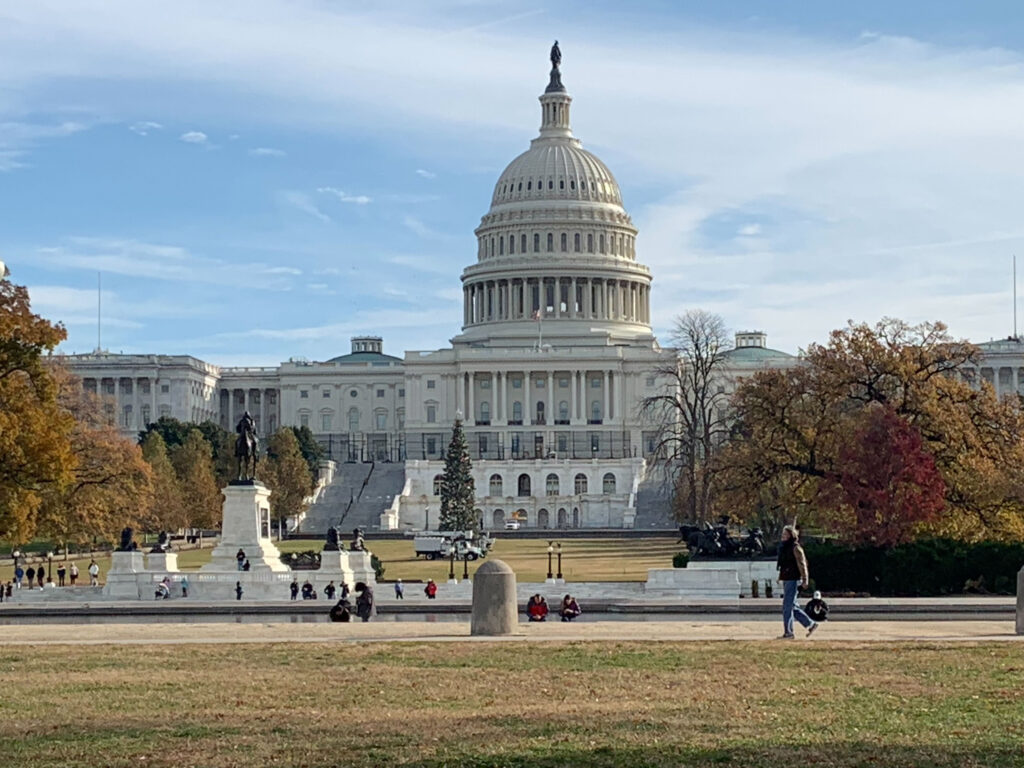 Women and caregivers suddenly were calling lawmakers and advocates, and they were sharing their own stories on social media in huge numbers, said Dawn Huckelbridge, director of Paid Leave for All, a national advocacy group, during a virtual event with reporters on Tuesday.

“I think people assumed this was a given, that why would you drop paid leave in a pandemic?” Huckelbridge said. “And when that happened, there was outrage.”

She added: “Women, caregivers, have been dealing with unimaginable circumstances these last few years. And I think it felt tone-deaf to them.”

The Democrats’ “Build Back Better” bill that passed the U.S. House did ultimately restore four weeks of paid leave for workers who need to care for a new baby or ailing loved one or recover from their own serious illness.

But that provision is at risk of deletion in the Senate, due to opposition from Sen. Joe Manchin III, (D-W.Va.).

Payback at the polls?

Huckelbridge and other advocates and Democratic pollsters who spoke to reporters on Tuesday said a failure to take action on a national paid leave program could have significant political consequences for Democrats in 2022.

The U.S. is one of only a few countries in the world — and the only wealthy country — that does not have a national paid family leave program.

Yet creation of such a program is overwhelmingly popular across party lines, particularly with younger voters and among suburban women in key battleground states.

“It may not be bipartisan in the Congress, but it is bipartisan with the public, particularly in America’s suburbs,” said Celinda Lake, of Lake Research Partners, who was the leading pollster for Biden’s 2020 presidential campaign.

It’s also one of the most popular provisions in the Build Back Better package. Research from Global Strategy Group, a Democratic consulting firm, found the issue has support that’s on par with allowing Medicare to negotiate drug prices.

Paid leave also was the only provision tested from that legislative package other than the Medicare provision that gained majority support from voters in both parties — a rare feat in an extremely politically divided era.

In the Global Strategy Group’s survey of battleground voters, Democrats trailed Republicans by 3 percentage points in a generic question of which party’s candidate a voter is more likely to pick.

But in a follow-up question specifically comparing a Democrat who supports paid leave to a Republican who does not, Democrats hold a 13-point edge, said Joey Teitelbaum, lead researcher on the group’s battleground polling.

Teitelbaum said the research found the issue is one that may motivate voters who would otherwise stay home, but only if those voters see Democrats following through on promises of action on paid leave.

One-third of voters in the survey said they would rather stay home on Election Day than vote for a Senate candidate who opposes access to paid leave, with higher shares of women ages 18 to 44 and Black female voters agreeing with that statement.

One key group of swing voters in the 2022 elections, Lake said, will be White, non-college-educated women ages 40 to 65 — a group that has many women in the “sandwich” years of caring for children and aging parents.

Another key group will be women of color and younger women under 40, “who lean very Democratic, but also wonder what the Democrats are doing for them,” she added. 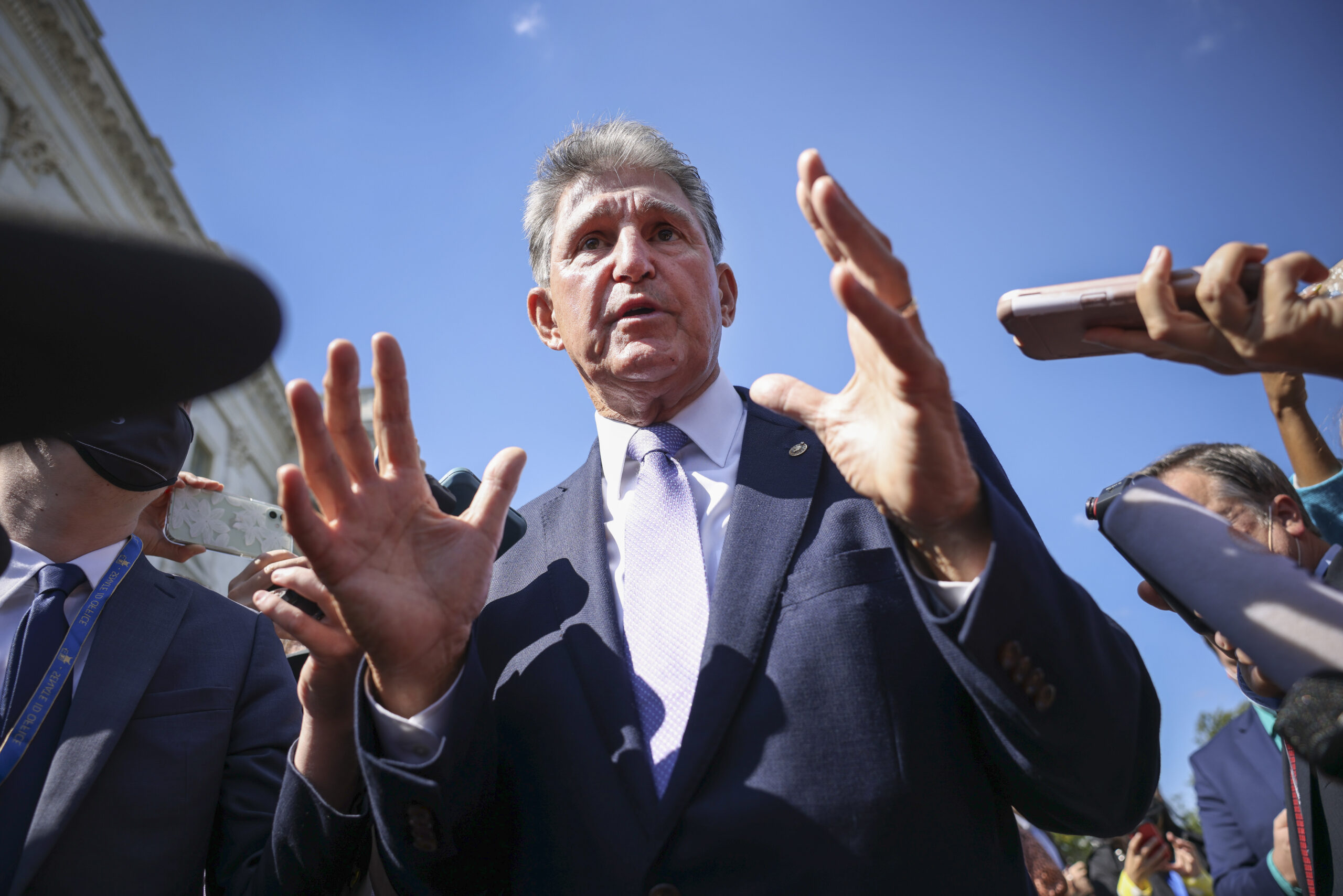 Sen. Joe Manchin (D-WV) speaks to reporters outside of the U.S. Capitol on September 30, 2021 in Washington, DC. The Senate is expected to pass a short term spending bill to avoid a government shutdown. (Photo by Kevin Dietsch/Getty Images)

Moving paid leave from a campaign promise to a policy achievement will take a shift by Manchin, who has said he supports the idea of paid leave but does not back creating a new national program in the pending legislation.

Huckelbridge said Democratic Sens. Patty Murray of Washington and Kirsten Gillibrand of New York, who have been heavily involved in work on a paid leave program, have told her and others that they believe Manchin is “movable” on the issue.

But they acknowledge that the current bill — which would be passed through the reconciliation process, allowing Democrats to approve it without any Republican votes — is the only path forward on the national level.

“We have to do this in Build Back Better. There is no bipartisan path anytime soon that will deliver real results for families,” Huckelbridge said.

If that fails, advocates say the movement has grown stronger during the past year. In some states, the fight may move to the state legislature, describing a rise in state-level interest.

“We will see this be an issue in state legislatures and at the ballot box in states,” said Vicki Shabo, senior fellow for paid leave policy and strategy at the think tank New America. “And the federal issue is not going away either.”

The post Democrats risk losses in 2022 if they give up on paid leave, advocates say appeared first on Virginia Mercury.

Democrats risk losses in 2022 if they give up on paid leave, advocates say