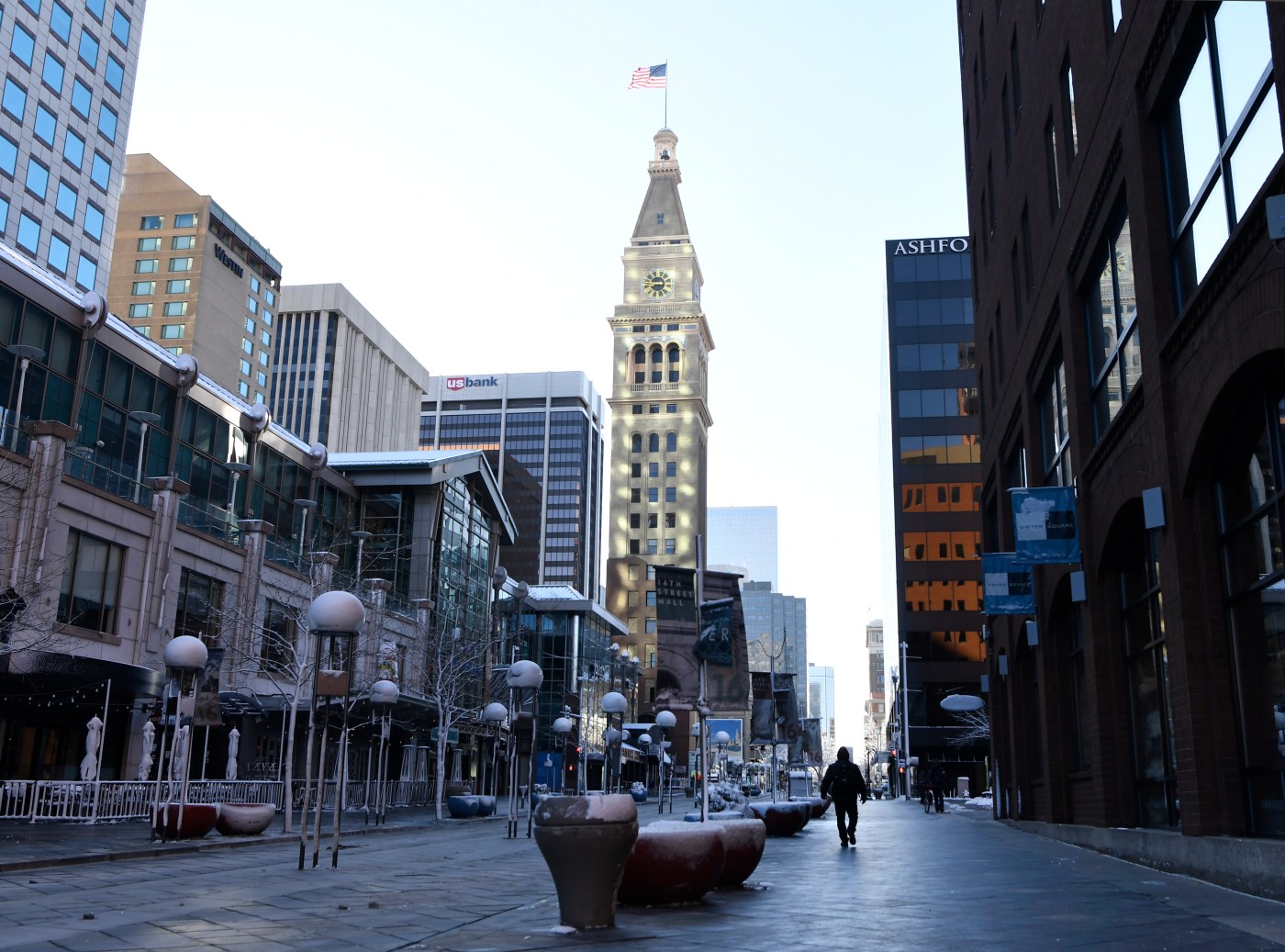 One of the biggest draws in downtown Denver, the 16th Street Mall, is approaching its 40th anniversary, and aside from freshening up the concrete and changing up the mix of stores and restaurants, the 1.25-mile corridor is largely unchanged since it opened in 1982.

Denver officials have long said the 16th Street Mall is due for renovation and have been working on plans to do just that. On Thursday, the project moved a step closer to reality, with the city announcing the company that will take on the work in hopes of reinvigorating a business district that brings in about $75 million in tax revenue a year but is hurting during the pandemic.

The 16th Street Mall facelift is expected to take about three years and cost up to $150 million, Denver Department of Finance spokeswoman Julie Smith told The Denver Post. Not only will the entire granite streetscape be replaced, but the work will also consolidate bus lanes in the middle of the mall, expand sidewalks and create “amenity zones,” where existing kiosks and miscellaneous small businesses will go.

“It is now nearly 40 years old and had an original estimated life span of 30 years,” Smith said. “So we have outlasted that projection fairly substantially.”

One store owner is concerned that it’ll drive away foot traffic at a time businesses are already seeing less because of the coronavirus. And there’s been some talk among City Council members on whether it’s appropriate to spend so much on business when critical services for residents are in need of a boost.

“The last thing we need after a year of COVID is man-made problems,” said Steve Weil, who is president of the Rockmount Ranch Wear Manufacturing Company, which has a store just off the mall.

But Chris Martinez, an assistant manager at the candy store IT’SUGAR on the mall, expressed optimism that construction wouldn’t be an issue because business is already picking up.

“I can’t imagine it’s going to hurt any more than it is right now,” Martinez said.

And the work should restore the area to its former glory, said Robert Duran, regional manager of Blue Agave Grill.

“The 16th Street Mall is still an attraction and it’s full of tourists to this day, even with COVID,” Duran said. “And this is going to be able to create a bit more unique and active space.”

The contract with Denver-based PCL Construction Services should be finalized in the next few weeks before it’s sent to City Council for approval, Department of Transportation and Infrastructure spokeswoman Nancy Kuhn said in a release.

“We’re thrilled to have reached this latest milestone on this landmark project that improves safety and mobility along the Mall and attracts commuters and visitors with interesting new spaces and places for people to enjoy,” Eulois Cleckley, director of the city’s Department of Transportation and Infrastructure, said in the release.

The renovation is expected to create about 1,500 jobs, generate $107 million in wages and benefits and some $261 million in sales, Smith said. In all, the project is estimated to add about $3.7 billion to the regional economy over those three years.

That cash would be a much-needed boon for the Denver economy, which lost more tax revenue during the pandemic than the first year of the Great Recession. While the final totals won’t arrive until March, Smith said the city expects a budget shortfall of $220 million for 2020 and a $190 million gap this year, prompting deep budget cuts and unpaid furloughs for city employees.

The facelift is considered a long-term investment in the 1.25-mile stretch, which requires about $1.5 million in annual pavement upkeep, Smith said.

Weil told the Post on Thursday afternoon that city officials have not said anything to him about the work. He noted that the granite was improperly installed nearly 40 years ago and lamented that taxpayers must now foot the bill for the renovation — and may be driven away by more construction.

“I can’t overly stress that access be maintained for efficient operation of business and the public right-of-way,” he said.

Duran said he expects work will be done on a block-by-block basis to keep the bulk of the mall open for pedestrians and bus traffic. And once the project is finished, businesses up and down the mall will be able to better use the space, he said.

Multiple council members have questioned whether certain city funds could be diverted to more urgent needs during the pandemic, a particularly common refrain after the George Floyd protests this summer with the council’s more progressive members calling to move money for policing to other city departments and services.

But the funding for the 16th Street Mall renovation project is dedicated, meaning it can’t be shifted elsewhere, Smith said. The money comes from a mix of state, federal and local sources, including the $1 billion Elevate Denver bond measure approved by voters in 2017. If the money set aside for the renovation isn’t spent on this work, it’s lost, she said.

About 60% of the renovation design is already done and PCL Construction will finish the rest, Smith said. The company might break ground later this year, but the bulk of the construction is expected to take place in 2022.