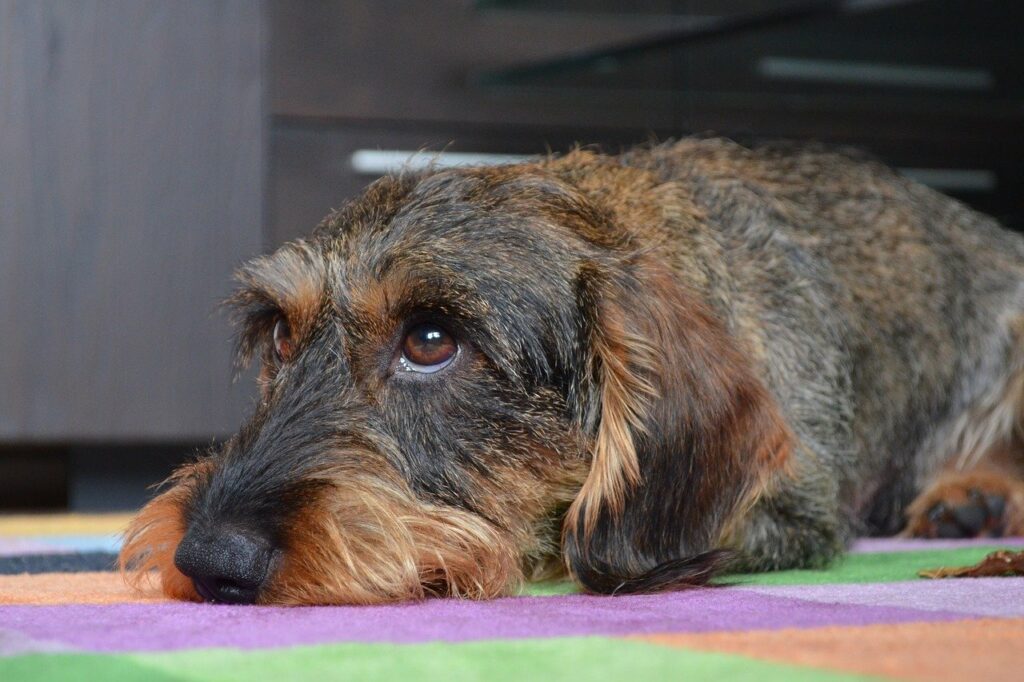 In this VETgirl online veterinary continuing education blog sponsored by Purina® Pro Plan® Veterinary Diets, Dr. Raj Naik, DVM, DACVIM (Nutrition) discusses how you can help improve the outcome of your myxomatous mitral valve disease (MMVD) canine patients through nutrition intervention. Please note the opinions in this blog are the expressed opinion of the author and not directly endorsed by VETgirl.

Deploying Nutritional Intervention for Dogs with Early MMVD: Fueling the Heart Through Diet

A 9-year-old neutered male Dachshund named Simon is in your exam room with his owner. At Simon’s most recent annual visit, you noted a grade 2 left apical systolic heart murmur that was not evident a year earlier. You referred him to a cardiologist for further diagnostics and have just reviewed the results of an echocardiogram taken at a local specialty hospital.

While the results indicate that Simon has mitral valve regurgitation and a diagnosis of early myxomatous mitral valve disease (MMVD), the good news is that he is exhibiting no clinical signs and shows no evidence of cardiac remodeling. This puts his MMVD at Stage B1 according to consensus guidelines of the American College of Veterinary Internal Medicine (ACVIM). You are recommending a re-check in six months and have informed your client that the primary goal is to slow the disease’s progression. The question: Given that medications are not indicated at this time, what can you do for Simon right now? The answer: nutritional intervention.

What about a cardiac diet?
Therapeutic cardiac diets have been around for years. Historically such diets have been formulated with low to moderate protein and reduced or restricted sodium. In the most recent ACVIM consensus guidelines for dogs with MMVD (1) no nutritional recommendations were made until stage B2, when a diet with “adequate protein and calories for maintaining optimal body condition,” along with mild sodium restriction, is advised.

However, it’s important to note that even when healthy, the canine heart requires significant energy to fuel its function. Adenosine triphosphate (ATP), primarily generated through the oxidation of long-chain fatty acids, is the heart’s main energy source. When heart function declines due to diseases such as MMVD, its demands can rise even further due to compromised energy metabolism. The mitochondria in cardiomyocytes become dysfunctional, leading to inefficient ATP production as well as oxidative stress.

Protein and calories are important in the canine heart patient’s diet for several reasons, including the propensity of dogs with cardiac disease to develop cachexia. The causes are multifactorial but can include anorexia (which may be exacerbated by certain cardiac medications), the production of increased inflammatory cytokines and increased energy requirements. Because diseases such as MMVD often occur in senior dogs, the need for high protein is doubly important, as senior dogs have higher protein requirements than younger dogs (2). Paradoxically, while obesity can be a risk factor for heart disease in humans, body weight increases over the course of the disease, in both humans and dogs with heart failure, have been associated with increased survival and those that gain weight have the longest survival time (3). This may be due more to the lack of cachexia in patients that gain weight than to actual benefits from weight gain itself. Veterinarians should monitor cardiac patients for cachexia by adding muscle condition scoring (https://wsava.org/wp-content/uploads/2020/01/Muscle-Condition-Score-Chart-for-Dogs.pdf) to the physical exam and body condition scoring they are already doing. Muscle loss is typically noted first in the epaxial muscles over the thoracic and lumbar vertebrae.

Low-sodium diets have been used in dogs with congestive heart failure (CHF) since the 1960s as a means of reducing blood pressure and fluid accumulation. However, severe sodium reduction can backfire as a nutritional strategy by triggering the renin-angiotensin-aldosterone system to retain sodium. This can result in inflammation, oxidative stress, renal glomerular damage and vascular damage—exactly the opposite of the desired effects. So while mild sodium reduction may be appropriate for some dogs with MMVD, marked restriction is not.

Purina study shows benefits of fueling the heart’s metabolism
With this background in mind, the question is, can altering the diet of a dog with early MMVD make a difference? Based on recent research, the answer may be yes. Over the past 10 years, Purina researchers studied cardiac metabolism and nutritional strategies for protecting cardiac function in dogs with MMVD. This research led to the development of a Cardiac Protection Blend (CBP) of nutrients—now part of the new Purina® Pro Plan® Veterinary Diets CC CardioCare

Formula diets—which is based on the following principles:

• When long-chain fatty acids alone can no longer meet the energy needs of the heart, medium-chain triglycerides (MCTs), with their shorter carbon chain, are an excellent alternative fuel source. Not only do MCTs provide a more usable/available source of cellular energy; they also are associated with reduced production of cellular reactive oxygen species. In addition, while long-chain fatty acids require carnitine to shuttle them into the mitochondria, MCTs don’t require carnitine for this action.

• Nutrients such as the antioxidant Vitamin E, omega-3 (EPA+DHA) fatty acids, magnesium, and amino acids, including taurine, lysine and methionine, can all support heart health. 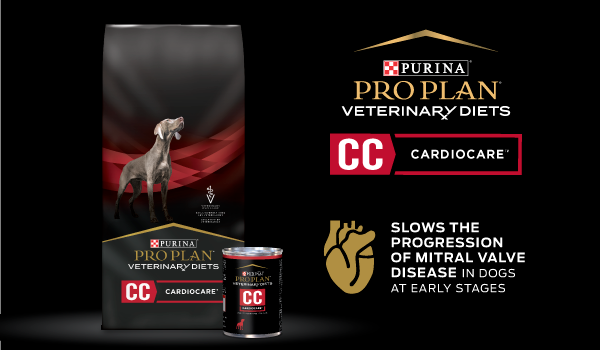 In a six-month, placebo-controlled study (4), dogs with early-stage MMVD were fed alongside healthy dogs, with dogs from both groups randomly assigned to a control or CPB diet. Mitral regurgitation was measured throughout the study. Study results included the following:

• No dogs in the CPB-fed group showed progression of MMVD, but more than one-third of the control dogs progressed from B1 to B2.

• 30% of dogs in the CPB-fed group showed improvement in mitral regurgitation.

Meanwhile, back in the exam room…

One of the most important take-home messages for your client is that Simon will require more frequent veterinary visits—at least twice a year—as well as ongoing cardiac evaluations to monitor for disease progression and the need to change management strategies. Should he progress to stage B2, twice-daily administration of the inodilator pimobendan can slow the progression of MMVD and prolong the preclinical period for an average of 15 months (5). If he later progresses to heart failure, additional supportive medications can be added.

No owner wants to hear that their dog has heart disease. However, MMVD progresses slowly in most small-breed dogs, meaning your client can be reassured that Simon will likely be with the family for years to come. And, thanks to studies conducted over the past decade, you can be much more proactive than you once were in helping patients like him. With diligent veterinary care, the latest in therapeutic nutrition and timely medication strategies, Simon’s prognosis is good. 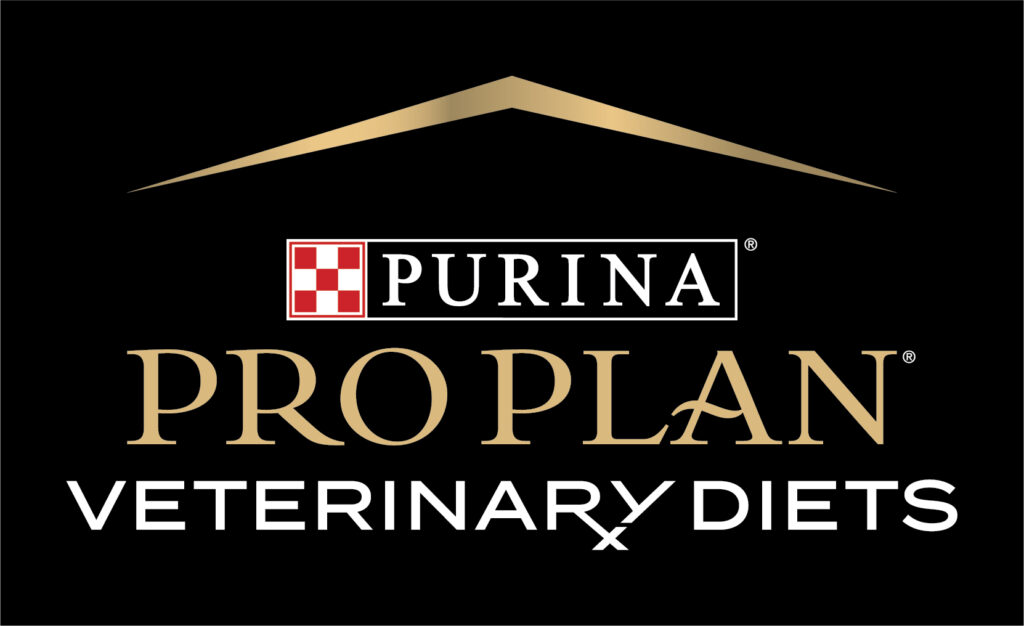