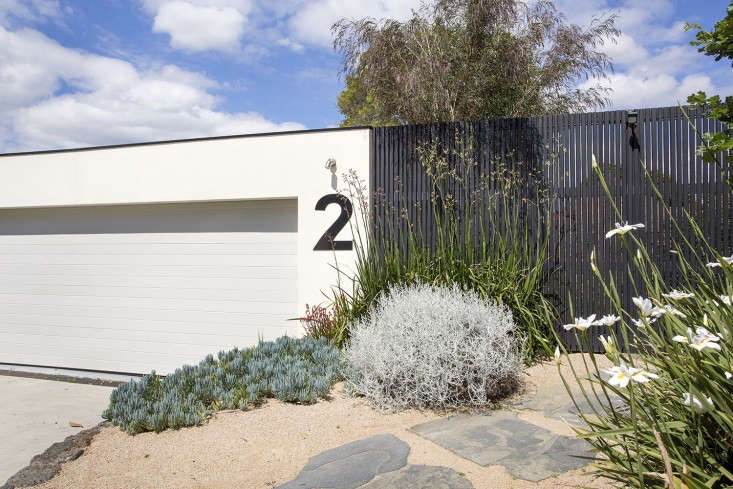 Designer Visit: A Courtyard to Covet in a Modern Melbourne Garden

A small garden in Melbourne suburb Toorak was a blank canvas the first time designers Cameron and Stephanie Paterson of Grounded Gardens saw the site. During a recent remodel, the existing garden had been removed and the eco-conscious client had planned ahead by installing a graywater irrigation system to collect water from the washing machine and showers for use in a new garden.

Starting from scratch, Cameron Paterson designed a front courtyard as a focal point with native plants, shade trees, and a mix of drought tolerant perennials and grasses to create year-round color. Let’s take a look behind the fence:

Above: The large house number on the garage is stencil-cut steel. Next to the driveway, a front path set with free-form bluestone pavers is lined by drought-tolerant plants including Anigozanthos (commonly known as kangaroo paw), a silver bush of Leucophyta brownii, and Dieties Iridiodies (African iris). 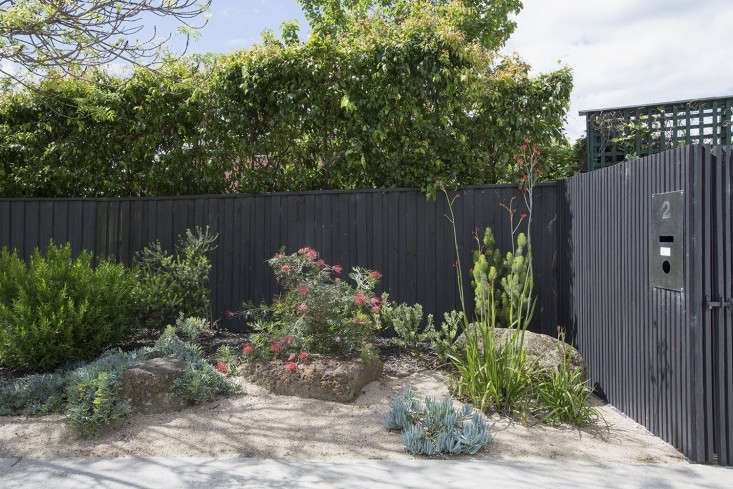 The graywater irrigation system filters waters from the homeowners’ showers and washing machine through a sand system and then pumps it into the garden through a drip system. 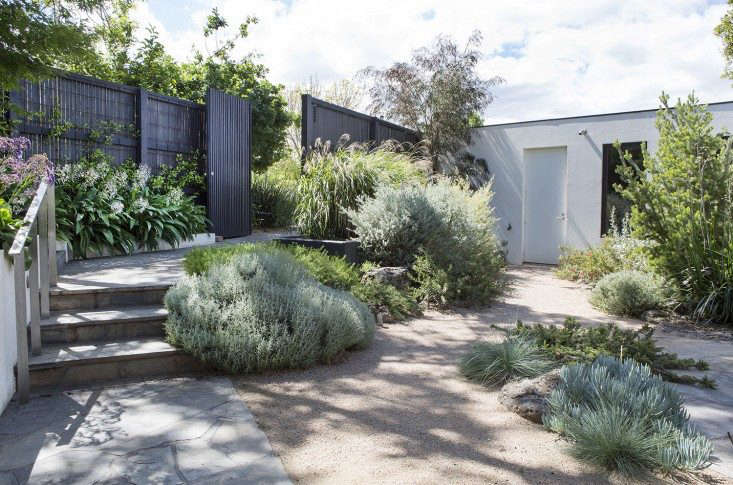 Above: Inside the front gate, a front courtyard doubles as an outdoor living room. Underfoot on the patio and path (which leads to the front door) are crazy paved slate and crushed granite. 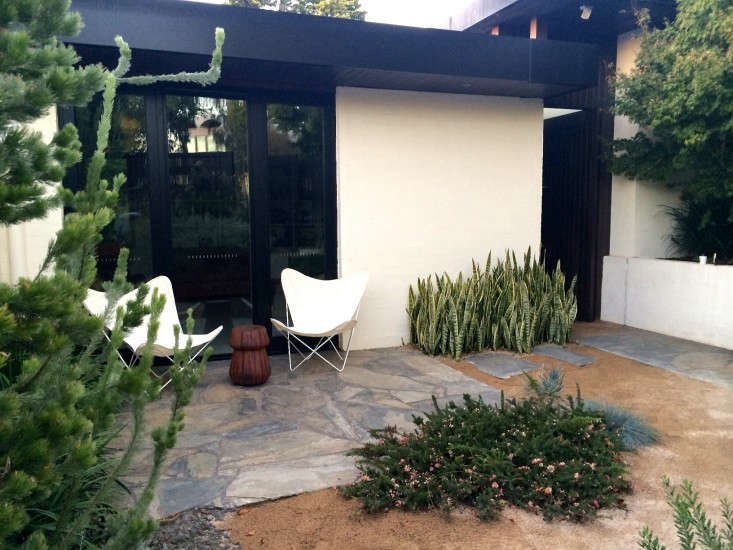 Growing against the facade of the house is a clump of variegated-leaf Sansevieria trifasciata. 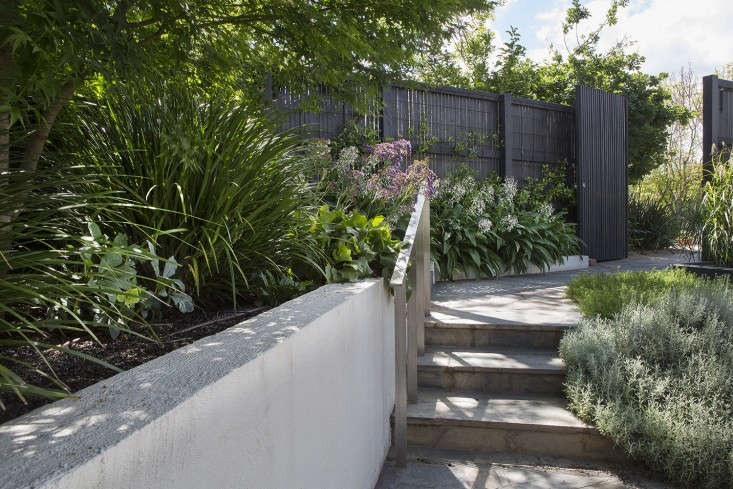 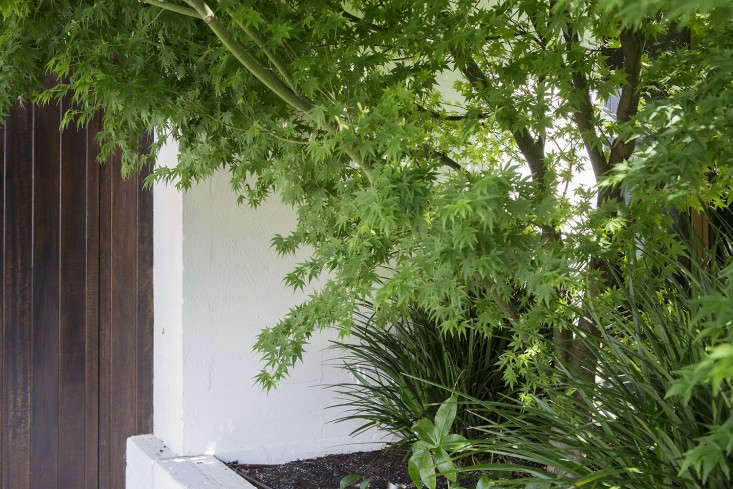 Above: Growing next to the front door is an Acer Palmatum (Japanese maple tree). 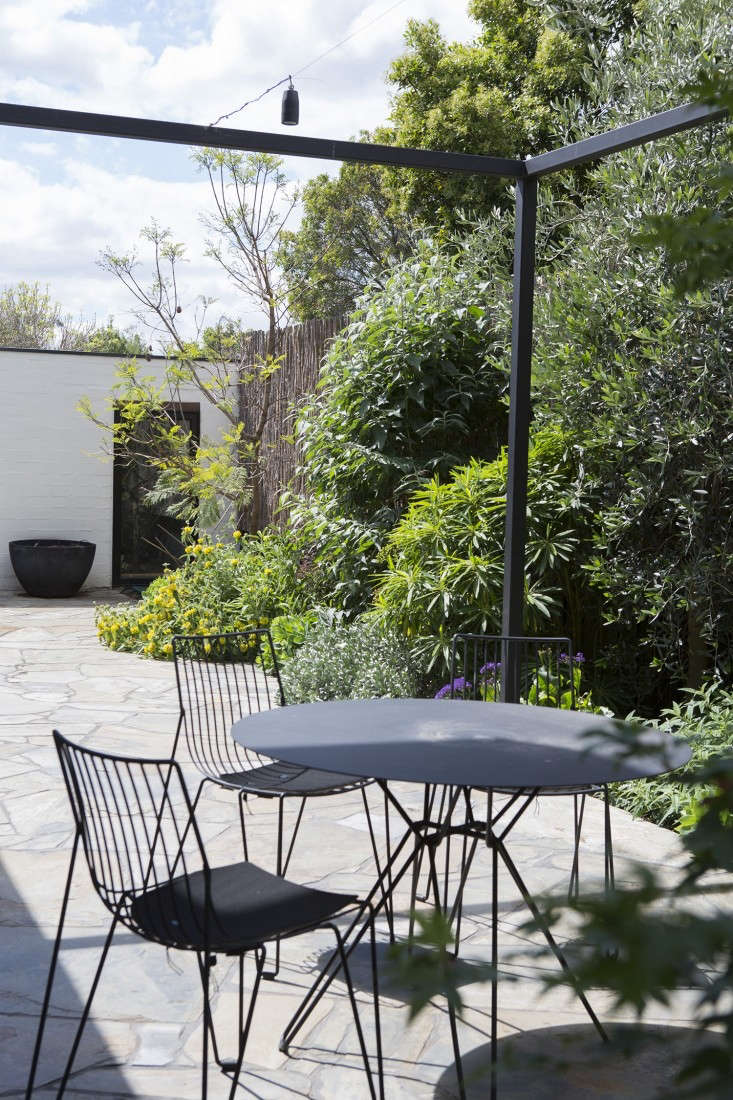 Above: In the backyard is a patio with crazy paved slate and an open-air pergola with suspended lighting. Designer Stephanie Paterson sourced the furniture, including a Tio Dining Table and Tio Chairs  by Stockholm-based designer Massproductions. 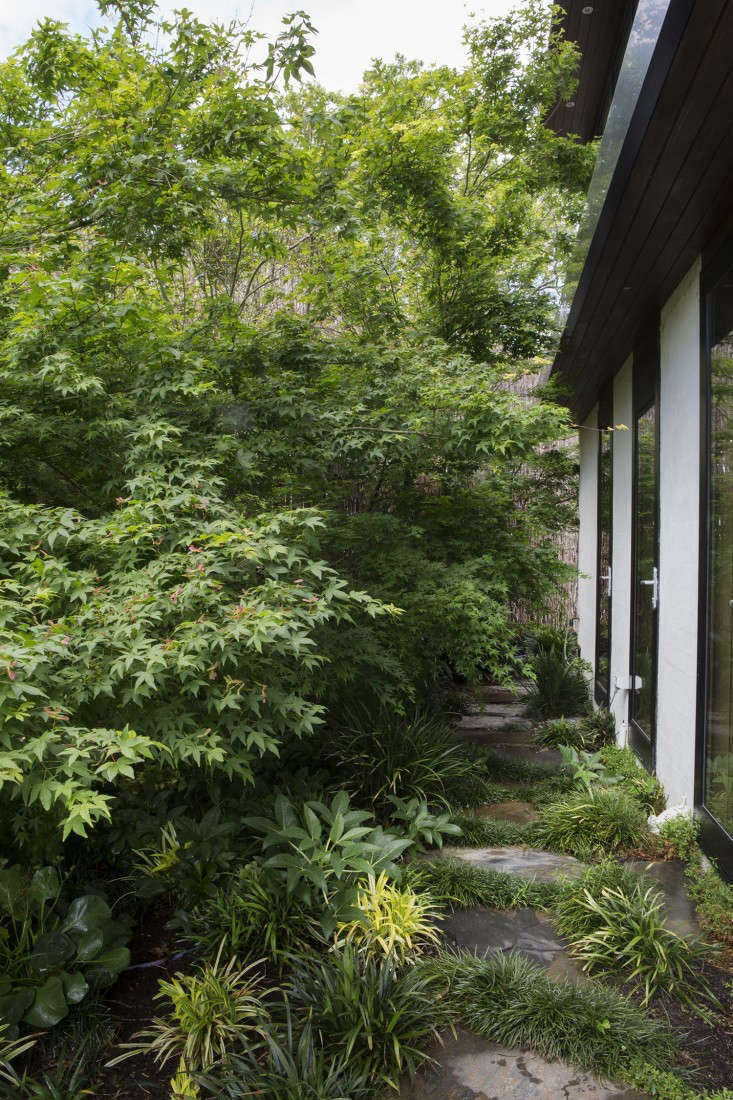 Above: The side of the house is planted with Berberus Vulgaris, Phlomis Fruiticosa, Sedum autumn joy, and Acer Palmatum.

Designer Visit: A Courtyard to Covet in a Modern Melbourne Garden