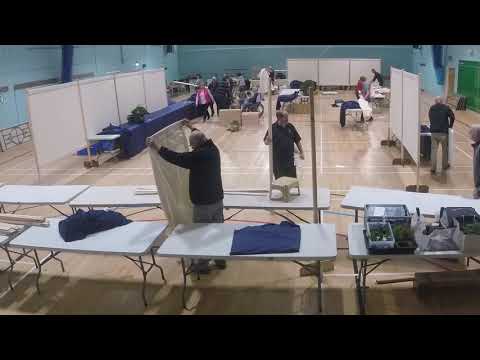 The take down after our show

This was fast and furious to say the least and all done by 5.30pm only an hour after the show had finished. Many hands make light work, and it was so true in this instance.

Thank you everyone who came to the show, who helped in the preparations and also who exhibited trees and came to sell bonsai. I think this was the fasted year yet but after 17 years we should be like a well-oiled machine.

It also amazes me during the take down the many ways that the bonsai trees are carefully packed away and carried out of the hall.

Very efficient methods observed to transport such precious items, which have taken many years of hard work and passion to develop to the amazing bonsai trees they are today and hopefully for the future too.

Look forward to doing this all again next year so hope to see you all on Sunday 23rdFebruary 2020.

Great effort team, a few images below of all your hard work.

The post The take down after our show appeared first on Swindon & District Bonsai.

The take down after our show