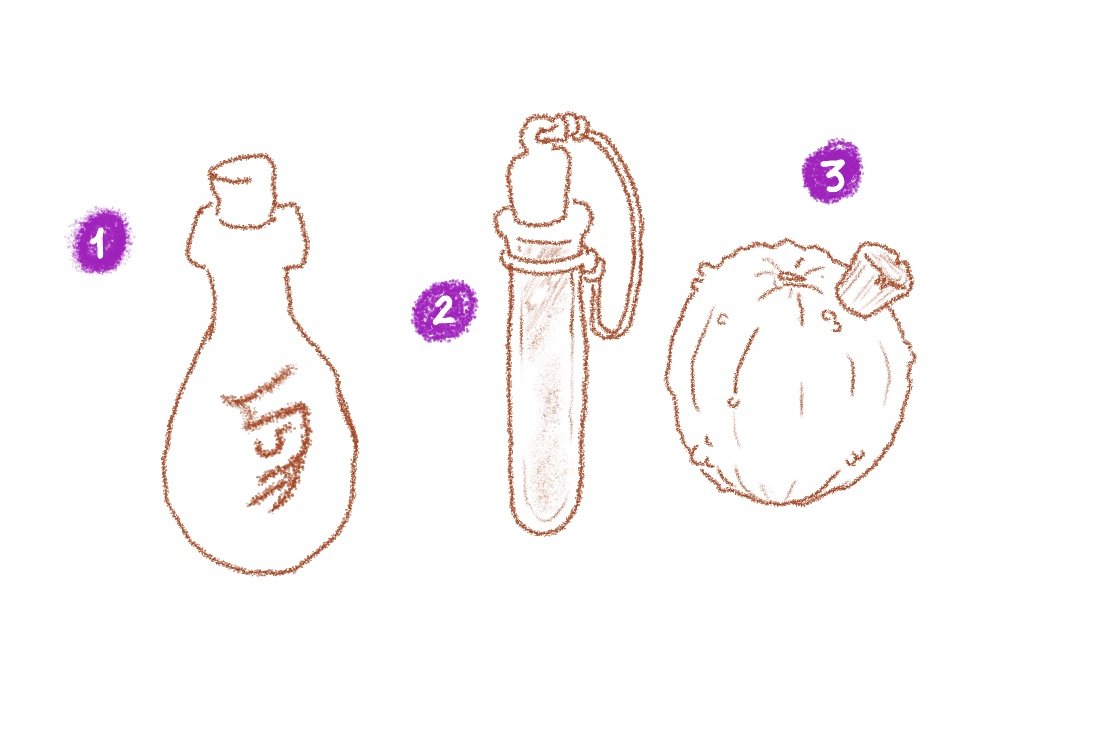 This month’s challenge continues to be a lot of fun. The sole reason I’ve been able to enjoy it and make a go of it consistently is the low pressure, low stakes sort of flexibility. It’s a really cool thing to be able to write on days I feel like writing and doodle on days I feel like doodling and doing both on the days I have time to spare.

I know it’s daft and exclusively my fault, but sometimes challenges like Inktober feel a bit more like the only way to succeed is to either be (1) an extremely gifted and prolific artist/employed in an artistic field, or (2) willing to pre-draw them earlier in the year, which seems like “cheating”. It’s purely my own brain taunting me with feelings of inadequacy or something.

Anyway, Dicember hasn’t engendered any such mental trickery in my mind and has maintained a feeling of fun. It’s been exciting and enjoyable to do and the flexibility is definitely the root of it. If you hesitate to join in on these challenges or prompts or whatever they’re meant to be called, consider Dicember; it’s really easy to fit to your own style and life and just put cool creative ideas out there.

On with the show!

Help was an easy one! I put these doodles together with some words over here on Twitter, and it all came together very quickly in my mind. Once again fulfilling my promise to put more D12 roll tables into the world, this prompt came together as a 1d12 table keyed to the illustrations above.

Everyone in the western marches enjoys a delicious roast griffotrice, as is their winterfeast custom. Four drumsticks and a tender, scaly neck – superb with greens! Served with stuffing of rye bread, leeks, and hot peppers, the griffotrice is a meal best enjoyed with a light wine and some fired apples. It is not uncommon for winterfeast dinners to last well past sundown as revelers try to eat every last bit of the juicy four-legged birds.

Eating roast griffotrice causes a feeling of warmth and satisfaction. It also lulls people into a healthy nap! Those who overindulge have to sleep it off the rest of the night – but Magic-Users, Elves, and Clerics gain one bonus first level spell slot for the next day. Thieves, dwarves, fighters, and hobbits wake the next morning feeling refreshed and vigorous as well: the griffotrice winterfeast grants them a bonus of +1 to damage rolls or +1 to their AC score for the remainder of the day (player’s choice).

Another Christmas-themed Dicember illustration. Forgive me for being a fan of Christmas!

On the icy tundra where cruel winds shapes the white world, there is no room for mercy. The humans there build stout palisades of pine logs and birch trunks in the brief spring and summer months where the soil softens enough to sink the timbers deep enough to stand firm. They keep nervous watch over their families in miserably cold guard towers where frost grows on their eyebrows under sealskin hats, wary of the ice cats and their dagger-like fangs or the terrifying silhouettes of frost giants on the march. These walls they build, these homes of lumber and granite where their children sit by fires, these harbors where ships adorned with patterns of shields and serpents sit at rest upon anchors of stone, these things and others give them respite from the unforgiving cold and the beasts that shun the sun half the year. It is in these spaces where their knowledge is shared and their civilization beats back the unknown and unknowable.

The Ice Prince hates these places the most.

From high upon the mountain Urguskriek in his tower of ice and stone he watches the flickering lights of their signal fires and homes. He sends his white-tailed eagles out on the fiercest winds to spy upon their woodcutters and their mammoth-pulled sledges. He eavesdrops on their courtyards and their fishing boats through the scrying ice of his throne room. He sees and he hears and above all else he hates.

The Ice Prince has a plan. Higher still on the peaks of Urguskriek the frostwyrm Urgoth lay in torpor, pierced through the heart by the cruel stone of the mountain’s narrow tip. There she was thrown by the god of thunder in a century no longer remembered by man except in song. From her chill heart drips not blood, but ice of the blackest and most terrible sort, creating icicles like great poisonous javelins. These the Ice Prince will seize by foul magic and place into the hollow chests of a hundred snowy soldiers, animating them with Urgoth’s malice and aiming their inexorable slog at the halls of the humans below.

Snow soldiers are men made of ice and snow, fashioned after warriors from a bygone age when last the Ice Prince dwelled among mortals. Each is animated by an icicle made of Urgoth’s ichor. They are mindless automatons whose only purpose is to destroy, and they march on the orders of the Ice Prince to shatter and slay all in their path. They are armed with simple cudgels and short swords of ice. Snow soldiers do not notice when they are harmed or when one of their number perishes, and are found in troops of no fewer than four. They can be dispatched by smashing or melting their icy bodies or by removing or destroying the icicles that give them life.

Snow is the big finale to this batch, unseen on the Twitters and Instagrams before this article. I wanted to come up with a snow monster and it came together pretty quickly once I had the idea of a living snow man. No matter what you’ve heard, the vignette is absolutely not based on – or dangerously close to plagiarizing – The Grinch.

And that’s it for this batch! As usual, hopefully you find a way to use something here, or at least were briefly entertained by it while stopping by my blog. If you do make any of this show up at your table, let me know by screaming into the sixth dumpster behind the local International House of Dennys (IHOD) or by sending 280-character messages to me over on Twitter @dungeonspossums. Until then, good luck on all your rolls and if your DM kills your magic-user with one of my monsters it’s not my fault.