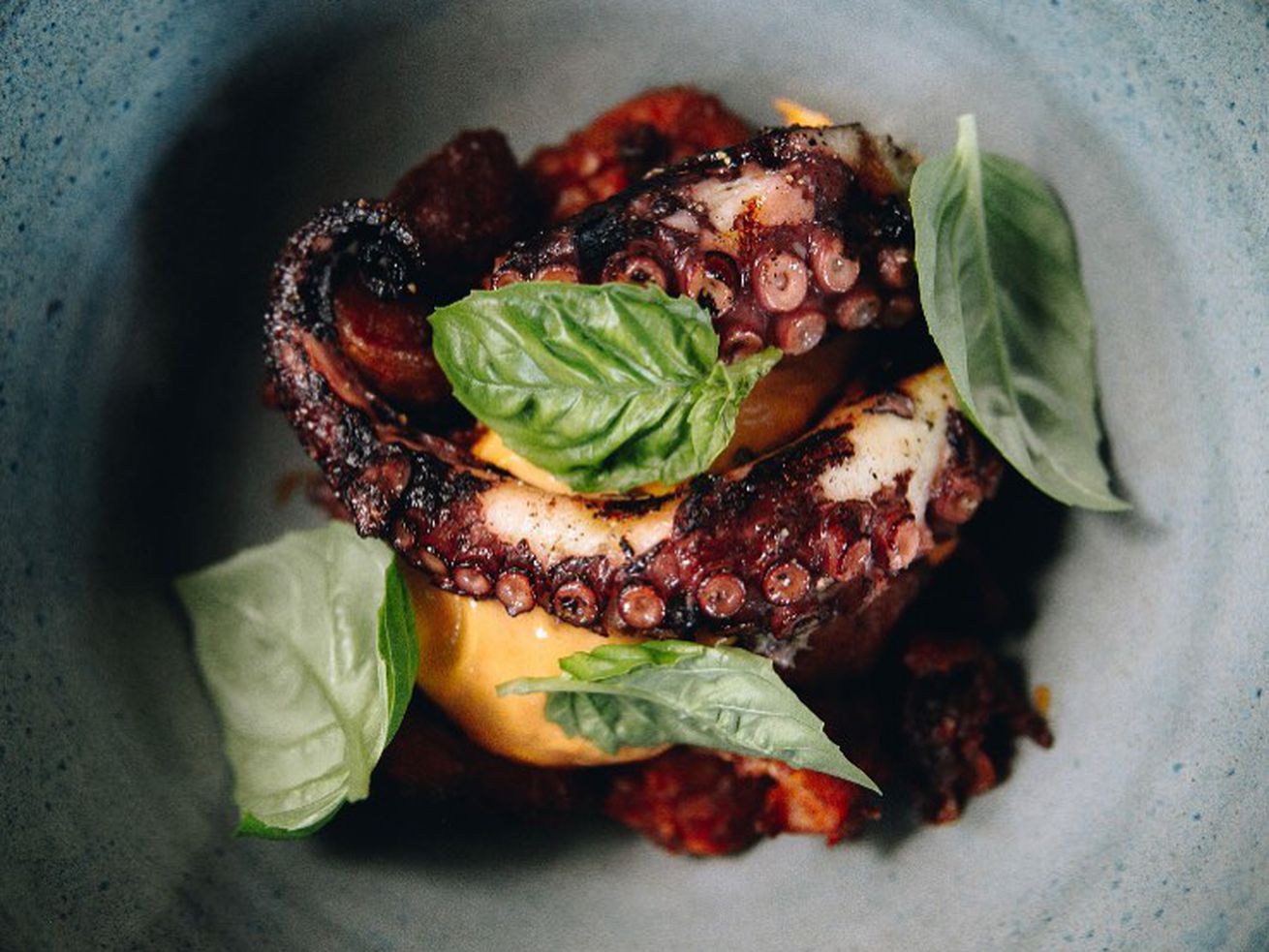 Sampling quintessential Catalan flavours and dishes dependably adorned in anchovies at Outremont restaurant Alma now requires payment ahead of time. Starting today, the restaurant is operating under a new business model, wherein diners are served a set six-course menu, plus dessert, for a non-reimbursable $89 per head — to be paid, along with tax and gratuity, at the time of booking the reservation online. (Wine expenses and other add-ons can be paid on-site, after dinner.)

Though pre-payments are a rarity in the Montreal restaurant scene — unless you consider all the orders placed online via third-party apps for eventual takeout or delivery, it’s caught on elsewhere in Canada, including at Quebec City’s Arvi, Vancouver’s St-Lawrence, and closer by, at off-island destinations like Cabane d’à Côté and Bika Farm.

Now, Lindsay Brennan, who runs Alma and adjoining Tinc Set with her husband, chef Juan Lopez Luna, says they want to give it a try, with a new offering they are calling Carte Blanche. “I think it’s a really good time, in this kind of post-pandemic landscape, to introduce something that forces people to rethink what going out to a restaurant could be,” she tells Eater.

Brennan says reduced capacity was the main catalyst for the new direction at Alma. The already small restaurant, which opened in 2018 with 33 indoor seats, can now only accommodate 18, given ongoing coronavirus restrictions. Though the Quebec government has touted a return to full capacity since November 1, that’s only the case if plexiglass — whose efficacy has been called into question anyhow — is installed between tables, Brennan notes; otherwise, one meter between tables is still being mandated. Certain that plexiglass would spoil Alma’s characteristic intimacy, they’ve opted for the one meter spacing, which Brennan says they may end up keeping anyway — government mandate or not — to ensure customers feel comfortable dining at their establishment even with lingering coronavirus concerns.

Pandemic-appropriate spacing wasn’t a huge problem during the summer, when Alma’s street-side terrasse was bustling. But now that the cold weather has set in, Brennan and Luna have had to figure out how to maximize their interior space, while also dealing with the scourge of last-minute cancellations. Brennan says these have increased almost five-fold since restaurants reopened after the province-wide shutdown.

“I often hesitate to talk about [the last-minute cancellations] that much because we really had the good fortune of always being able to fill the restaurant no matter what … but I think in the winter months, on a small residential street, with reduced capacity, it would become more of a frustrating element,” she says.

Brennan isn’t sure what’s caused the mounting cancellations, but she’s observed diners making reservations further in advance than ever before, and becoming increasingly flighty when the time comes. “I think online reservation systems, like Resy, are really great, but they also give people this ability to cancel very quickly. There’s no longer the need to call the restaurant and explain. You just press cancel and you’re done. There’s not a lot of accountability,” she says.

But with Alma’s new pre-paid tasting menu, cancellations simply aren’t an option. If diners call at least 72 hours in advance, the restaurant will agree to change the reservation date; otherwise, customers have the option of passing their reservation on to friends, as one might a pair of concert tickets. (Legally, restaurants in Quebec aren’t allowed to request a deposit for a service not rendered, but they can sell tickets to an event, hence the format of Alma’s Carte Blanche, Brennan explains.)

“It’s a commitment to pre-pay and, as a result, it attracts clients who already love Alma or new clients who are intrigued and wish to have the full experience. It requires reflection and consideration, much more than a typical reservation. … The idea is really to kind of get people into that mindset of, ‘I’m going to Alma next Friday night, and there’s nothing else that can get in my way.’”

By building that level of certainty — when it comes to exactly what is being served, to how many people, and at what cost — into their operation, Brennan and Luna hope to be able to reduce food waste at their establishment, provide stable employment to their staff, and exercise greater creative latitude as they orchestrate the experience for diners anew every night. To make the change and signal it to customers, they’ve transitioned from Resy to Tock, a platform initially started by Nick Kokonas, the owner of Chicago restaurant Alinea, in an effort to curb the number of restaurant no-shows.

The pressure of transitioning to pre-payment at Alma is eased by its close proximity to sister establishment Tinc Set, which opened last year. The more casual tapas bar shares a wall and kitchen with Alma, and patrons can always head there for a more spontaneous, order-what-you-will affair.

As for the Carte Blanche, Alma has the format set up to run until the holidays, after which the restaurant will close for a break, before likely returning with the offer for the remaining winter months. “After that we’re going to see how it all goes, how it evolves. But, yes, it might be something that becomes our new normal.”

Alma is open Thursday to Sunday, from 6 to 11 p.m., at 1231 Avenue Lajoie. Reservations and pre-payment for its Carte Blanche offering can be made online.