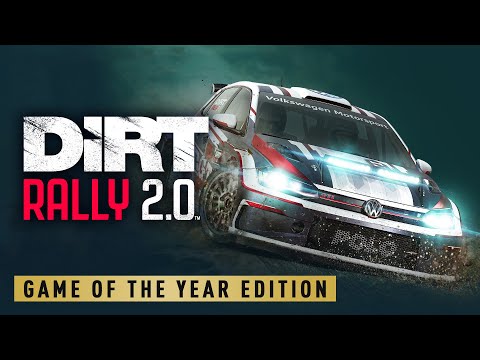 There’s a fair bit of Codemasters rallying to cover with DiRT Rally 2.0 update 1.13 and GOTY Edition both released. Along with the Colin McRae Flat Out Pack, and all post-launch content now working on the Oculus VR platform.

So, the DiRT Rally 2.0 Game of the Year (GOTY) Edition is now available from retailers including Game and Amazon from March 27th, 2020. Or digitally now via Steam for the PC (with a 50% discount until April 6th, 2020), the Microsoft Store for Xbox One, with a discount for Game Pass Ultimate members, and the PlayStation Store for PS4.

Which is good if you’ve never invested in DiRT Rally 2.0, as it includes all of the post-launch content released by Codemasters, including the new Colin McRae Flat Out pack, meaning you get more than 80 cars and 26 locations to experience. And you’ll compete in both rallying and rallycross.

Which means you get everything included in the full DiRT Rally 2.0 car list from Seasons 1-4, and the Colin McRae cars, along with all the tracks, liveries and updates.

But that’s not all – as previously scheduled, the updates and releases include all post-launch content now becoming available to anyone using an Oculus VR set-up. Previously the Oculus version only included the standard base game content, so this is great news if you prefer to rally in virtual reality.

Content (as part of Colin McRae: FLAT OUT Pack):

So that’s quite a list. If you have the DiRT Rally 2.0 Year One Pass or Season Deluxe Pass, you’ll have everything. If you either the Deluxe Edition or Deluxe Content Updgrade with Seasons 1 and 2, then you’ll still need to pick up the Season 3 and 4 bundle to have everything.

Oculus users will get everything unlocked automatically, and all DiRT Rally players will also get the time-exclusive liveries from the Festive and Solberg challenges unlocked later in 2020.

You can also keep up with the latest Dirt Rally 2.0 news here, or take a look at the full DiRT Rally 2.0 car list to check what’s included.