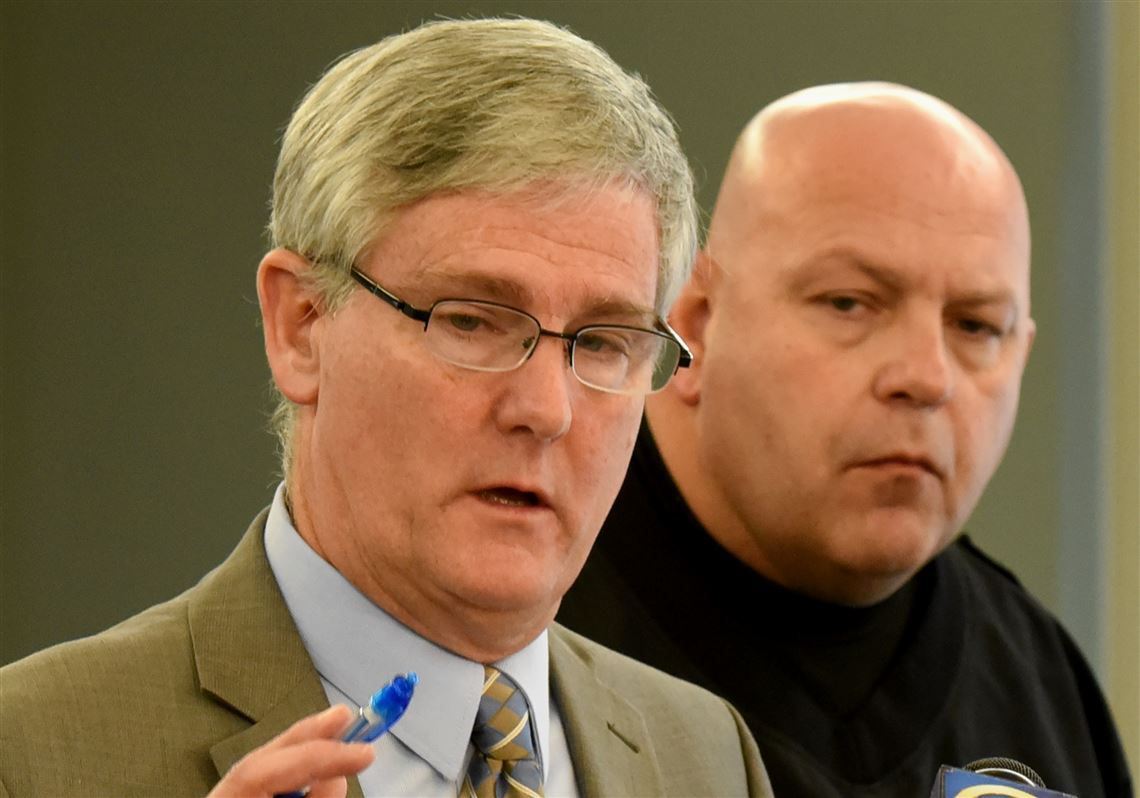 District attorney consulted with Pennsylvania State Police before shooting, then ruled it justified

In 2016, after eight hours of a violent standoff with a man in Beaver County, the Pennsylvania State Police consulted with the local district attorney as to whether troopers could kill the suspect. The man was subsequently shot three times by a sniper.

The same prosecutor, Beaver County District Attorney David Lozier, then reviewed the shooting investigation conducted by the State Police and found the use of force to be justified.

While no one has raised questions about whether the shooting was justified, the case has become the impetus for sweeping new recommendations to reform who investigates troopers in Pennsylvania when they use force or kill someone.

The fact that Lozier was involved in the decision to shoot, and then was the one to sign off on whether it was appropriate, has raised serious alarm among policing experts.

They said such a cozy relationship between the police and the prosecutors responsible for holding law enforcement accountable further undermines public trust and makes it all but impossible for investigations into police conduct to truly be objective and independent.

It’s a disturbing situation with few, if any, parallels, said David Harris, a law professor at the University of Pittsburgh.

“They’re asking for permission to use deadly force,” Harris said. “And getting prosecutorial sanction for that in advance makes this too much like, ‘We have permission to shoot to kill.’”

In an interview Wednesday, Lozier said he was at the scene that day and continually talked to State Police about the evolving circumstances.

“We were discussing as the situation worsened the use-of-force parameters to make sure the State Police who were running the scene and I were in agreement,” Lozier said. “We’re all being smart in the way that we are responding to a violent situation.”

He said the question of whether it was appropriate for him to later review the shooting was never asked, but added, “Looking back on it, maybe different decisions would be made as far as an outside review.”

The case is one of the first to be taken up by the Pennsylvania State Law Enforcement Citizen Advisory Commission, which was created through a 2020 executive order by Gov. Tom Wolf following protests over the murder of George Floyd.

On Friday, the commission will consider recommending that an outside prosecutor — rather than a local district attorney who works closely with law enforcement — be in charge of deciding whether to charge State Police troopers when they injure or kill someone. The panel will also weigh whether State Police should not investigate such cases internally.

Several neighboring states — including Delaware, Maryland, and New Jersey — have similar procedures to guard against real or perceived conflicts of interest.

Elizabeth Pittinger, a commission member and longtime police oversight advocate, said at a recent subcommittee meeting that the recommendations are not meant to suggest that any outcomes in the Beaver County case were wrong but rather speak to a larger issue.

“If we can reach toward that outcome that guarantees the impartiality of the entire process then we’ve gone a long way in protecting the agency, protecting civilians,” Pittinger said.

The nearly unchecked power that local Pennsylvania district attorneys have in determining whether officers should be charged with a crime garnered national attention in November after Spotlight PA and NBC News published new video of the death of Christian Hall, 19, who had his hands in the air when he was shot and killed by State Police in December 2020 in Stroudsburg.

Hall’s family and their attorneys have criticized what they see as a clear conflict of interest, and they are calling for an independent investigation.

When local police officers in Beaver County responded to a domestic disturbance at about 9:30 p.m. March 17, 2016, they found Ryan Shorak inside his home and his wife locked in her car to get away from him, according to an account by KDKA in Pittsburgh.

Around 11:15 p.m., Shorak counted to 30 and started firing at police, who fired back. No one was injured at that time. A State Police Emergency Response Team was brought in, and Lozier arrived at the makeshift command post at the scene.

“We were having an ongoing discussion of an evolving situation to make sure that the use-of-force protocols and the statute were being followed and that the officers on the ground knew what the law was,” Lozier said.

District attorney consulted with Pennsylvania State Police before shooting, then ruled it justified