The concept of zero trust is the core of the Cybersecurity Executive Order released in May. While its directives and deadlines apply to all federal agencies, it offers a useful model for state, local, territorial and tribal governments and educational systems whose cybersecurity needs are just as great.

It is easy to say, “Never trust – always verify.” It is much harder to put into practice. The National Security Agency released some guidance in February about zero trust as a security model, a set of system design principles, and a coordinated cybersecurity and system management strategy. Before that, Security Magazine published “Five practical steps to implement a zero-trust network.” Both of them suggest segmenting data and controlling network traffic flow, among other measures. An emerging concept that addresses these two, in particular, is microsegmentation – identifying smaller networks within the whole to which zero trust is applied, and building out from there.

Attend this webinar to hear thought leaders from state and local government and industry discuss ways to approach implementation of zero trust, the challenges they face and the benefits they seek.

* Please register using the form above or call (202) 237-0300. Participants can earn 1 CPE credit in Business Management and Organization. To receive CPE credit you must arrive on time and participate in the surveys throughout the webinar. Certificates will be e-mailed to registrants. In accordance with the standards of the National Registry of CPE Sponsors, 50 minutes equals 1 CPE.

What is CART?
CART (communication access realtime translation) provides instant accessibility for all participants by delivering the spoken word as a realtime stream of text. CART Captioner Professional Certifications
Our CART services are provided by Home Team Captions. All of our CART captioners hold, at minimum, the CCP (Certified CART Provider) certification, or higher, from NCRA (National Court Reporters Association.) 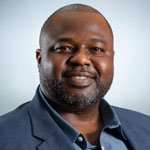 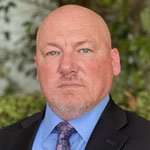 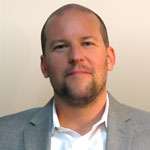