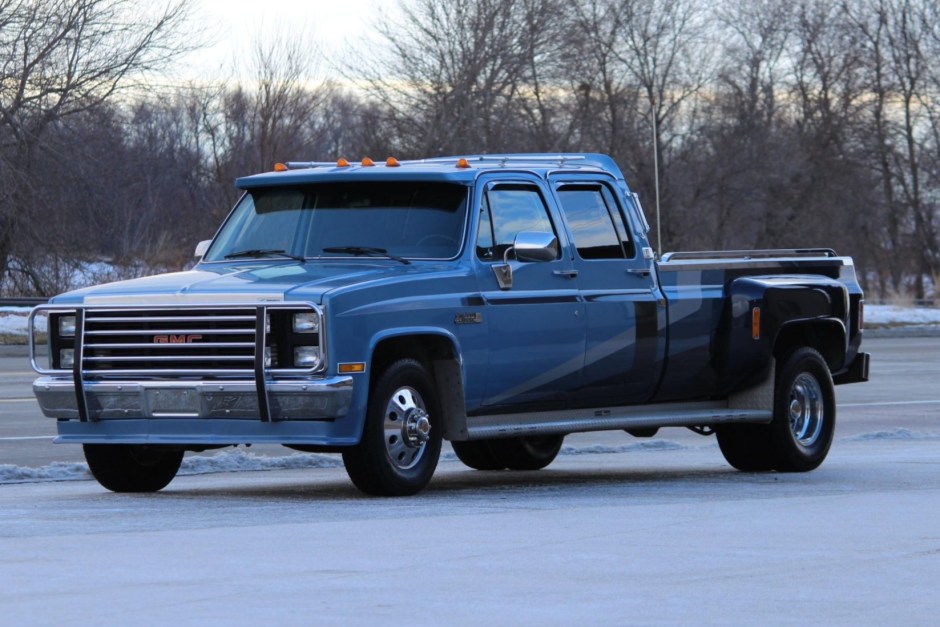 This 1985 GMC C3500 Sierra Classic is a one-ton crew-cab dually pickup that reportedly remained in the same family in Missouri and Iowa before being acquired by the selling dealer in October 2020. Finished in a tri-color blue and gray paint scheme over a blue interior, the truck is powered by a 454ci V8 paired with a three-speed automatic transmission and equipped with the Camper Special package, 16″ eight-lug Alcoa wheels, fifth-wheel trailer provisions, chrome bumpers, running boards, an auxiliary fuel tank, captains chairs, and a CB radio. This GMC C3500 is now offered by the selling dealer with factory literature, a clean Carfax report, and a clean Iowa title. 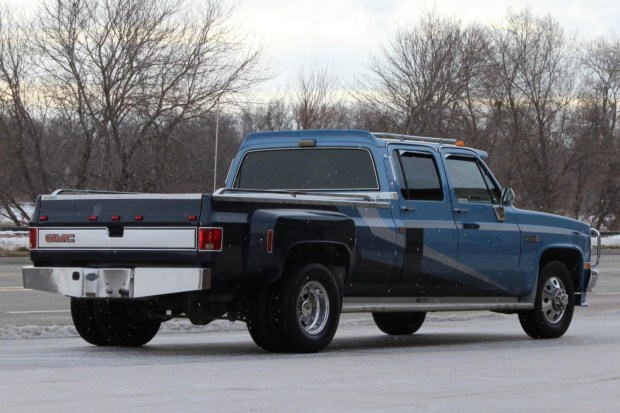 The truck came factory-finished in Light Blue Metallic (21) and has been repainted with a tri-color blue and gray scheme. Exterior features include cab lights, a front visor and rear spoiler, tinted windows, an aftermarket front air dam, a fifth-wheel bed hitch and rear trailer hitch, and running boards, as well as a chrome brush guard, bumpers, and bed rails. Finish flaws are pointed out by the seller in the gallery below. 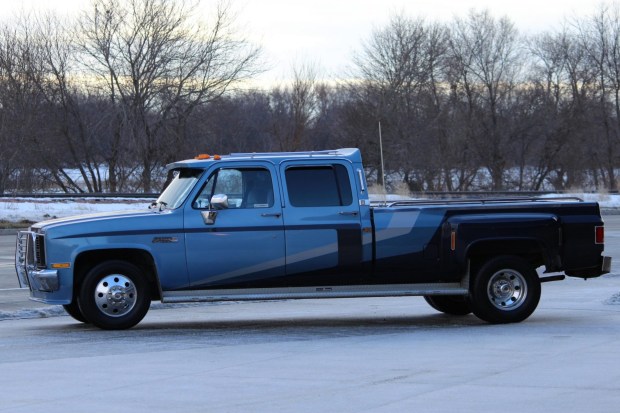 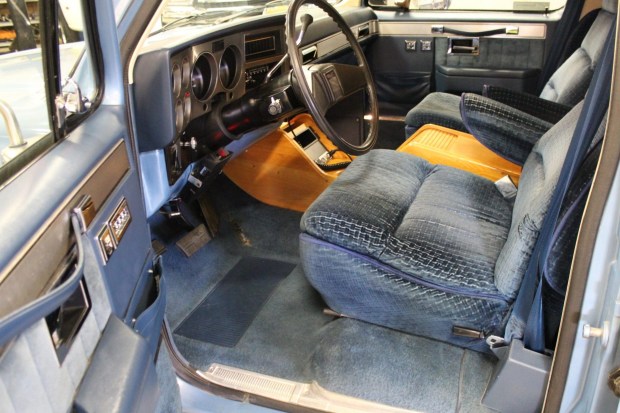 The interior features blue cloth captain’s chairs up front with a matching dash, door panels, and carpets, as well as a fold-down rear bench. Amenities include a wood center console that houses a CB radio, power windows and door locks, air conditioning, a trailer brake controller, and an AM/FM cassette stereo. A rip is noted in the driver-side footwell carpet. 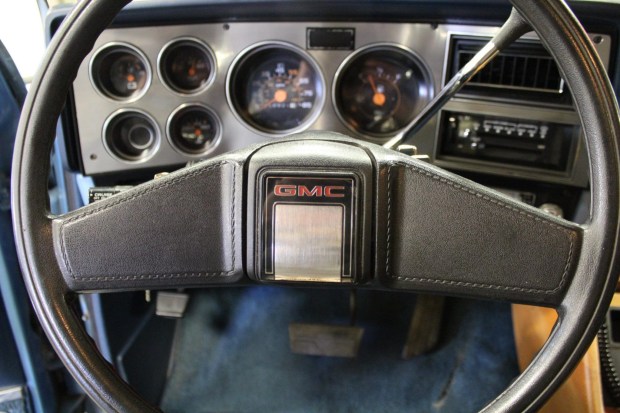 Instrumentation includes an 85-mph speedometer and a five-digit odometer that shows 57k miles, though total mileage is unknown. 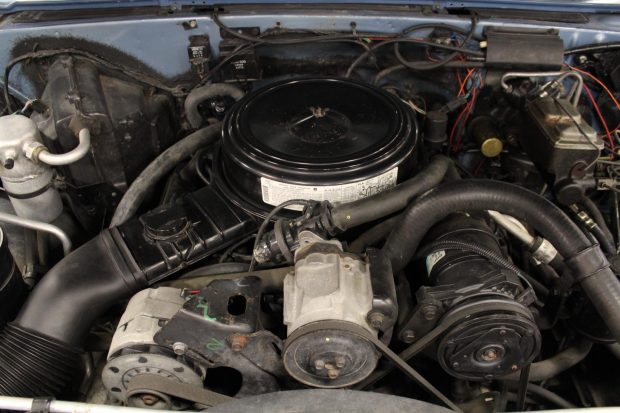 The 454ci V8 sends power to the rear wheels through a three-speed automatic transmission and a 4.10:1 rear axle. An oil change was performed approximately 100 miles ago according to the selling dealer. 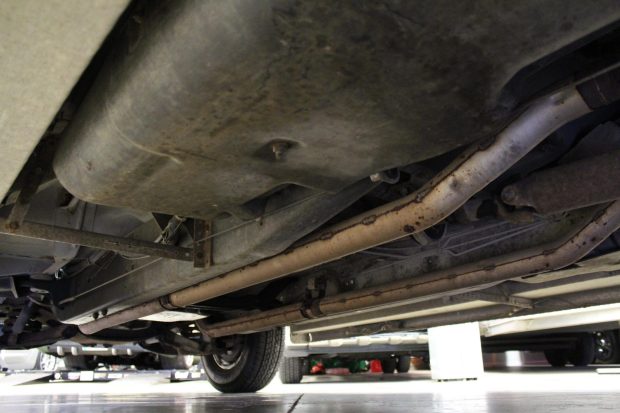 Corrosion is noted on the underbody, and additional photos of the underbody and dual exhaust system can be seen in the gallery. 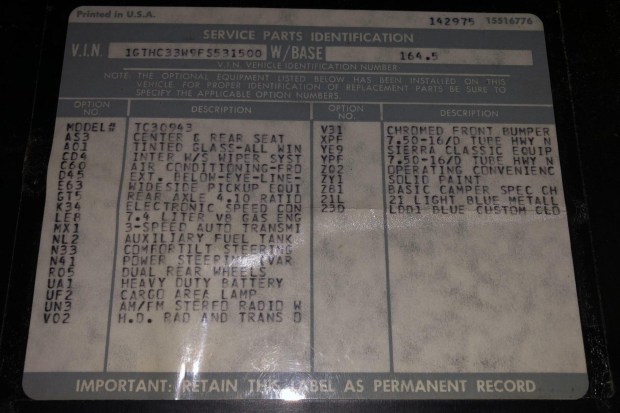 The Service Parts Identification sticker located on the glovebox door identifies the equipment with which the truck was originally assembled.

The Carfax report shows no accidents or other damage and lists history in Missouri and Iowa from its first update in August 1985 through its most recent entry in January 2021. Narrated walk-around and cold start videos are presented below.