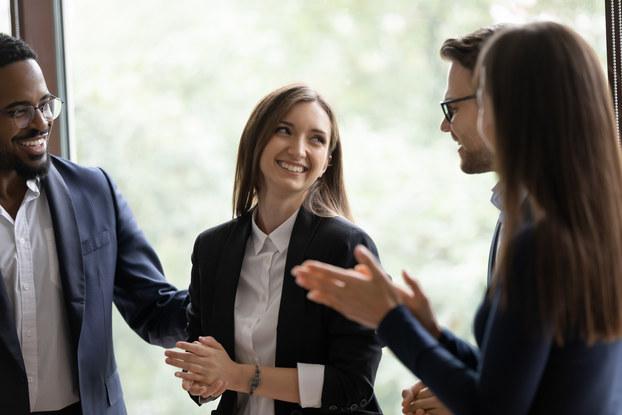 Do You See Yourself as Others See You? Understanding Personality Tests

Personality test is a test that is used in determining character traits or personality. This is a test that is usually given by employers during application processes, and it is often taken online. The test comes in different formats, but it’s mostly given in the form of questionnaires.

The reason why personality test is given to people during the recruiting process is that personality determines success at organizational levels. For example, a team needs a manager that can motivate them for them to be able to achieve success, stay productive, and deliver their work with high quality.

Today, there are over 2,000 different questionnaires available, with newer questionnaires from different companies being released each year. Some of them are characterized by broad-spectrum questions, and they help in classifying different types of personalities; some contain questions that help in determining whether a candidate is an ideal fit for a job, while others contain questions that help in identifying traits like integrity and honesty.

Personality traits are often regarded as individual characteristics that areusually constant, unlike stable characteristics like temperament. There are different trait theories, and they are mostly focused on the permanent personality characteristics of individuals. Examples include being cheerful, friendly, dependable, and trustworthy.

Psychologists usually try to understand individual differences in characters and behaviors. This is the main reason why they try to identify and understand personality traits, as well as their controlling variables.

One of the earliest trait theories developed by the physician Galen stated that personalities comprise varying reflections of humors, of which there are four, and they are all important for the human body. Observed personalities were identified with respect to the dominating humor.

There are so many other theories that have been suggested over time, but the recent ones all convey the idea that individuals have similar characteristics and personality traits. The only difference is that we express these traits to varying extents.

Another technique that psychologists use in identifying groups, especially those that are inter-correlated, is the factor analysis. They believe that it provides operational definitions of the different personality traits.

It is important to note that the five personality traits help in describing the intensity and frequency of individual thoughts, feelings, and behaviors. Also, we all possess all the five traits, but to different degrees.

The five different traits include the following:

This trait defines how energetic a person is and is characterized by individual engagement with external factors. In general, extroverts enjoy the presence of people, no matter the crowd. They are generally full of energy and display positive emotions in all they do.

Extroverts are usually action-oriented and enthusiastic individuals, and they are always likely to say yes to anything that will get them excited. Introverts on the other hand do not the same have energy, activity, and exuberance levels, which is why they are usually deliberate, disengaged, low-key, and quiet, especially when in the social world. Sometimes, they are regarded as shy or depressed because of their attitude to social events.

This is used in describing the level of orientation to other people. It is a reflection of differences with respect to social harmony and cooperation. In general, people who are agreeable like to get along with other people because they are friendly, helpful, considerate, and generous. They are also ready to compromise their interest for the benefit of others

Disagreeable people on the other hand are only after their own self-interest, and as such, they show little or no concern for the well-being of other people. They do not always extend themselves to please other people.

Conscientiousness describes our control and regulation over impulses. Our response to impulses varies, and it may not always be bad. Acting impulsively can sometimes have its own benefits, especially in work setting. However, this can lead to serious troubles in some instances.

It is worth mentioning that impulsive behaviors can significantly affect individual effectiveness in different ways. For example, it can cause people to be sidetracked from projects that require the following stages or steps.

Openness to experience relates to individual tendency to be imaginative and speculative. It is also used in describing people’s creativity levels and how down-to-earth a person is. Open people are usually sensitive to art, and they are mostly intellectually curious. Closed people on the other hand are mostly aware of their feelings, which makes them act mostly in nonconforming and individualistic ways.

It is worth mentioning that people who have lower openness to experience scores often have narrower common interests.

These are the five traits, and one thing to note is that none of these traits in themselves is negative or positive. They are only individual characteristics, and we express them to different extents. Another thing worth mentioning is the fact that each of the traits mentioned above has their own individual sub-traits, and their expression in people also vary.

The post <strong>Do You See Yourself as Others See You? Understanding Personality Tests</strong> appeared first on A Nation of Moms.

Do You See Yourself as Others See You? Understanding Personality Tests