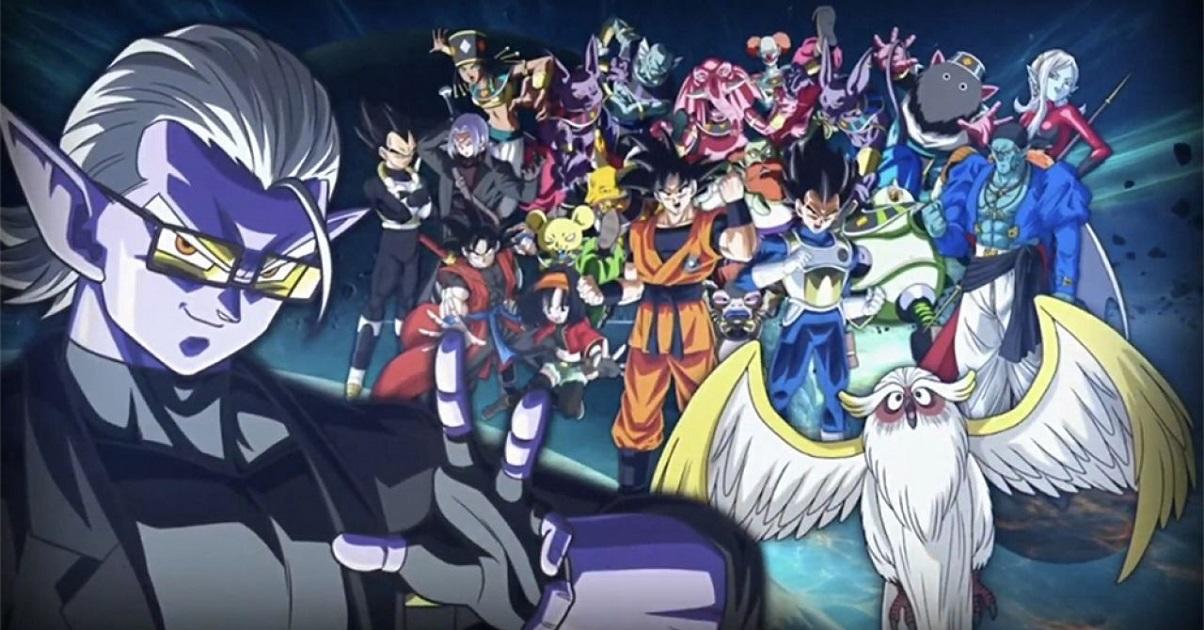 Dragon Ball Heroes anime has released a new synopsis, as well as a release date for the upcoming episode 40! Dragon Ball Heores episode 40 will be the eighth and final episode of the current "New Space-Time War Arc", which has seen the evil mastermind villain Fu create his own dark mirror universe of Dragon Ball Super's Universe 7, populated with mirror versions of some Goku and Vegeta's worst foes! Even though Goku and Vegeta managed to get help from their alt-universe counterparts (Xeno Goku and Xeno Vegeta), and even achieve some radical new forms (Gogeta Super Saiyan Blue Evolved), Fu has managed to achieve a bold new power-up of his own!

So what's going to go down in Dragon Ball Heroes' final chapter of the New Space-Time War Arc?

Ep8 will release in advance on 18 Dec, official YouTube upload on 19 Dec.

This is the FINAL episode of "Big Bang Mission"... ?
But, "Ultra God Mission" would probably begin in March 2022! ? pic.twitter.com/b9gNVsOq2e

The new Dragon Ball Heroes synopsis reveals that the finale episode of the New Space-Time War Arc arrives on December 19th. That's Sunday of the same weekend that Spider-Man: No Way Home hits theaters, so if you're an anime fan AND a Marvel fan, it's going to be a really good weekend for you! You can read the synopsis for Dragon Ball Heroes Episode 40, below:

"Episode 40: The Last Full Power! Fierce Battle for the Future, Finally Settled! -- The final battle unfolds beneath the universe tree. Goku and Fuu clash with each other with everything they've got. The fierce battle for the peace and future of all universes finally concludes!"

If you didn't catch the previous episode of Dragon Ball Heroes (or are just getting into the promo anime series), here's the Episode 39 recap to show you where things stand:

Fu reveals that his new, youthful appearance is a result of his merging with Doki-Doki, which allowed him to break free of Demigra's Time Labyrinth. Goku is joined by Vegeta, Xeno Goku, and Xeno Vegeta, the latter two having also escaped from the Time Labyrinth. The alternate Broly arrives and attacks the other Saiyans, but Hearts and Cumber arrive to intercept him. Goku and Vegeta fuse back into Gogeta, while Xeno Goku and Xeno Vegeta fuse into Xeno Gogeta; they then power up to Super Saiyan Blue Evolved and Limit Breaker Super Saiyan 4, respectively, before challenging Fu.

They have the advantage at first, until Fu powers up even further and hits them with a massive ki blast that forces them to defuse. Fu then teleports both Vegeta and Xeno Vegeta away, preventing the Saiyans from fusing again, before preparing to destroy Goku and Xeno Goku. The Supreme Kai of Time suddenly appears and saves the two Gokus from another blast, before using her powers to help them combine their energies. The two Gokus power up to maximum and their energies merge together, giving them a massive power boost as they prepare to battle Fu again.