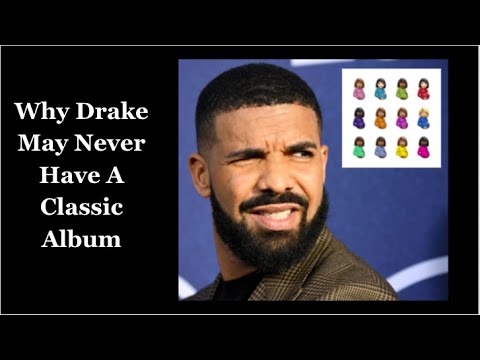 Last Friday (September 3), Drake released his sixth album, Certified Lover Boy. More than two years in the making, CLB features Lil Wayne, Rick Ross, Future, Travis Scott, 21 Savage, Project Pat, Kid Cudi, and others. Like 2018's Scorpion, this Drake LP arrived amid tensions with Kanye West, Pusha-T, and presumably some other Rap peers. Notably, Drake and 'Ye continue to battle for attention, strategically using their release dates against one another. Three years ago, West unleashed a series of albums he produced for a lineup including Pusha, Nas, and Cudi—occupying a space previously reserved for Scorpion—allegedly with Kanye's knowledge. This time, Drake waited less than a week after the arrival of Kanye's Donda to strike with CLB—packed with jabs at his former collaborator-turned-foe. Time will tell how CLB relates to Donda in the music conversation. Already, the OVO release broke single-day streaming records for Spotify. The 153.4 million streams broke a 2018 record Drake cemented with Scorpion (132.5MM). That appears to make CLB a lock to earn Drake his sixth consecutive #1 album in his catalog (he has five other chart-topping distinctions for mixtapes and compilations). Besides the album (arguably a double LP) itself, the week included cryptic billboards across the globe, a viral music video, and Drake leaking a controversial Kanye West and André 3000 song (which disses him) on his radio show. More than a dozen years into an incredible career, Drizzy shows that he can command the spotlight and make releases a spectacle of pop culture. A Reluctant Argument For Why Drake Is The Greatest Rapper Of All-Time (Video) However, one thing Drake seems to lack is a classic album. While he's made some acclaimed bodies of work, including 2013's Nothing Was The Same and 2011's Take Care (which took home "Best Rap Album" at the Grammy Awards), Drake is missing a distinction held by West, as well as generational peers Kendrick Lamar and J. Cole. The Drake formula seems to create sprawling albums that blend Hip-Hop, R&B, World, Trap, and Pop that showcase his rapping and singing and his influential experiences in Toronto, London, Memphis, and Houston. While this approach is how one can become the global superstar of the last 10 years, it can fail to do one single thing exceptionally. On the latest episode of the What's The Headline podcast (embedded in video and audio below), the Ambrosia For Heads team reviews Drake's Certified Lover Boy and opines how the biggest star in Hip-Hop continues to chase mass appeal instead of classic bodies of work. The discussion also includes a timeline of Drake and Kanye's issues, with comparisons to both men's new albums, as well as Kendrick Lamar's timely and quite strategic release of "family ties" alongside Baby Keem. Below are the time-stamps for episode #60 of the What's The Headline podcast: 0:00 Intro 0:20 Several of Hip-Hop’s super powers—Kendrick Lamar, Kanye West, Drake and Andre 3000—have been active in the past few weeks 0:56 Kendrick Lamar’s first verse of 2021 was packed with revelations 3:44 Baby Keem’s “family ties” with Kendrick Lamar is the best Hip-Hop video of 2021 so far 6:50 Kendrick Lamar is waving the pgLang flag now 9:00 Kendrick Lamar has declared himself the GOAT MC 10:30 Releasing “family ties” the day when Kanye West’s Donda was supposed to drop was a statement 12:50 Our first impressions of Kanye West’s Donda album 17:30 Should Kanye West’s Donda and Drake’s Certified Lover Boy be considered double albums 19:00 Why both Drake and Kanye released such long albums 24:00 The ongoing war between Kanye West and Drake has escalated in the last few weeks 30:28 The history of Drake and Kanye West’s beef 36:00 Reviewing Drake’s Certified Lover Boy 38:50 Drake has been using the same formula for his last few albums 40:10 Why Drake does not have a classic album 45:20 How Drake could make a series of classic albums 47:50 Drake disses Kanye West throughout Certified Lover Boy 59:00 Drake’s music has a recurring theme of distrusting people in the music industry 1:04:20 The complicated relationship between JAY-Z and Drake 1:08:00 Evaluating JAY-Z’s 2021 guest verses 1:14:50 Drake and Rick Ross reunite on "You Only Live Twice," but Lil Wayne steals the show 1:19:40 How Kanye West influenced Drake’s style 1:21:00 Drake teams up with Kid Cudi; Is this another dig at Kanye 1:23:10 Melodic Rap is the most prominent genre on Drake’s Certified Lover Boy 1:28:00 Drake uses his albums to showcase relatively unknown artists 1:29:00 Drake often ends his albums with autobiographical records 1:31:45 Does Drake care about critical acclaim and making a classic album 1:36:13 Where Drake’s Certified Lover Boy ranks in his catalog 1:39:10 Which album is better, Certified Lover Boy or Donda 1:41:48 Why Kanye West does not rap as much anymore on his albums 1:43:14 AFH rates Certified Lover Boy and Donda on a scale of 1 to 10 1:44:22 Andre 3000 is unknowingly dragged into the beef between Drake and Kanye West 1:53:10 Does this beef benefit either Drake or Kanye West 1:55:00 New music of the week from Nems, J-Tek, Gift Of Gab, Saigon & Benny The Butcher, Kota The Friend, and more. How J. Cole Used Drake’s Playbook To Score His Biggest Hit & Win A Grammy AFH readers can catch regular discussions about the culture on our What’s The Headline podcast. Additionally, What’s The Headline has recent interviews with Blu & Mickey Factz, Kurupt, Evidence, Skyzoo, Pharoahe Monch, Prince Paul & Don Newkirk, Statik Selektah, Lyric Jones, The LOX, MC Eiht, Havoc, Duckwrth, photographer T. Eric Monroe, and Lord Finesse. All episodes of the show are available to view or for listening wherever you stream your pods. #BonusBeat: Several selections from Drake's Certified Lover Boy are currently on the official AFH playlist, which also features new music from Westside Gunn, Lute, Mickey Factz & Blu, Tanya Morgan, Pink Siifu and more:
Source: ambrosiaforheads.com