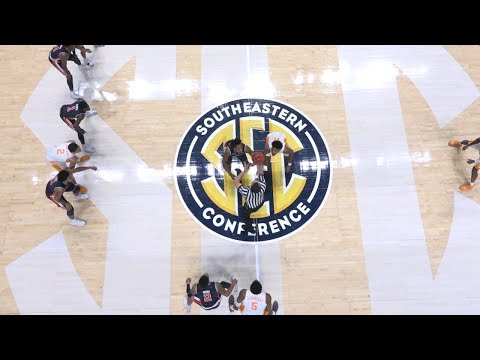 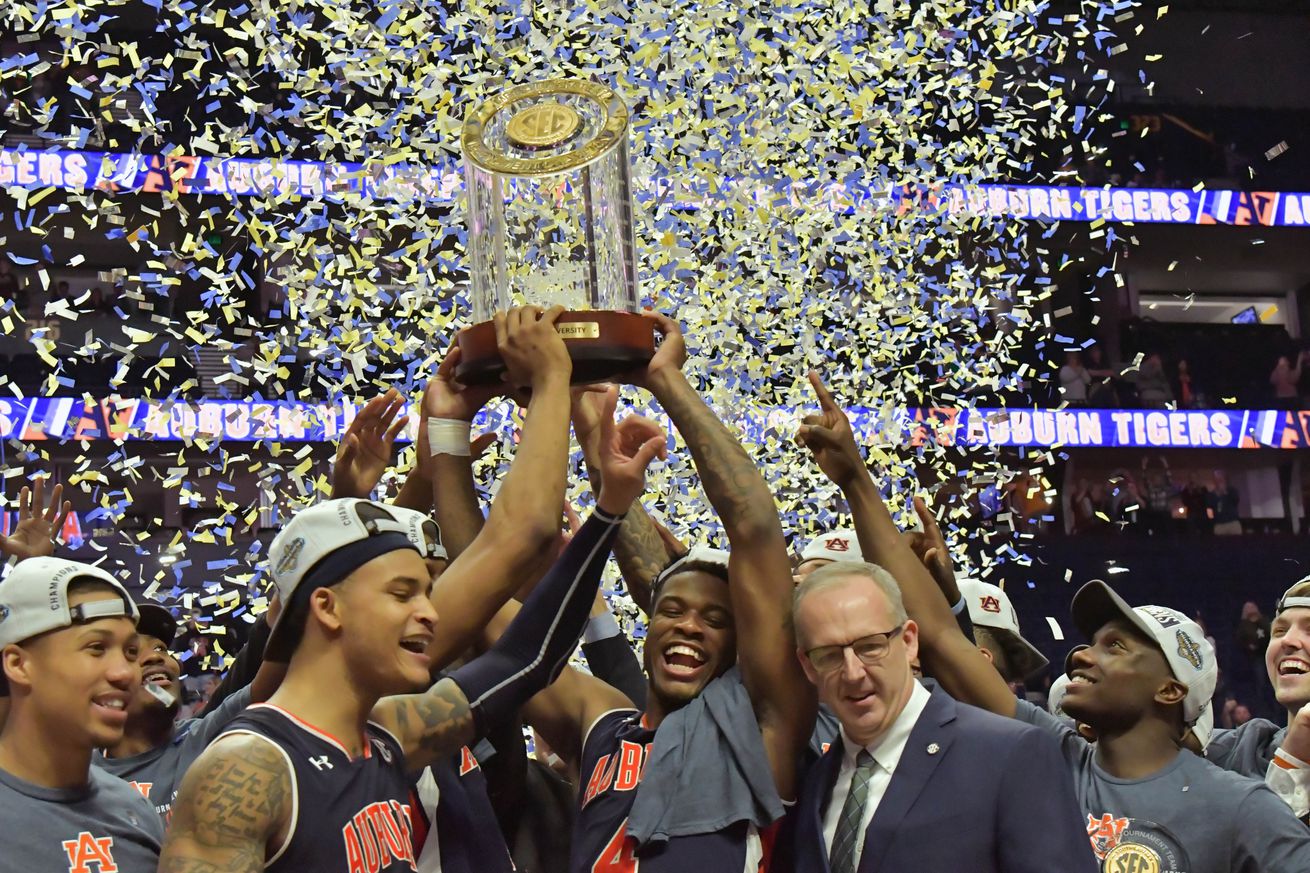 In my life, I don’t regret many things, but one I do regret is not driving up to Nashville to be at this game. But if ain’t broke, don’t try to fix it so I stayed where I was and didn’t mess with the mojo.

Through the first 10 minutes of this game, we looked to be heading for another classic as the teams swapped the lead a few times with the Vols ahead for a large portion of that segment of the game. One of the better plays early came from Malik Dunbar who knocked a tough shot while drawing a foul in #ClassicMalik fashion.

Bruce had a great postgame quote regarding Auburn’s 1st half defense:

Man, @coachbrucepearl you KNOW I have mad love & respect for you but this left me in a daze .. Who knew the way Deshaun Davis played the game of football would bleed over into a passionate “undersized” basketball team. Wow Congrats to the SEC champs‼️ Love watching these guys pic.twitter.com/a9oRjRK1MK

Auburn got a huge contribution from Danjel Purifoy whose steal and layup gave Auburn the lead for good with 8 minutes to go. On the next possession, Purifoy’s steal led to a 3 from J’Von McCormick, who played big minutes as he did in the first game of the SEC Tournament due to foul trouble from Jared Harper. Harper was limited to 2 minutes in the first half due to 2 fouls but McCormick stepped up once again.

Danjel Purifoy’s defense leads to J’Von McCormick offense. So excited to see what these 2 do next year. pic.twitter.com/JoCyHfrJrN

A 3 from Bryce Brown would extend the lead to 25-18 moments later and 2 minutes later, Purifoy took John Fulkerson to school as his layup gave Auburn a 9-point lead finally forcing Rick Barnes to call a timeout after Auburn had embarked on a 12-0 run.

A block from Horace Spencer followed by a steal from Chuma Okeke set this 3-pointer up for Bryce.

More great defense and the understanding that 3 > 2. pic.twitter.com/mVSL8xlRPG

Auburn scored 16 straight before a bucket from Admiral Schofield ended a 7 minute scoring drought. Auburn led 32-23 at halftime. The Tigers led by 9 despite shooting just 5-20 from 3. Bryce Brown’s 3 3-pointers and 11 points led the way for Auburn.

The 2nd half was a different story, and a good kind for the Orange and Blue.

Auburn’s first 3 baskets came off the 3 ball, 2 of those from Chuma Okeke and the 3rd from Malik Dunbar, which gave Auburn a 41-28 lead.

And then the Tigers blew the game open with a sequence of plays so good, I’ll just let the video do the talking.

Chuma O-Three-Ke and then the signature play of the SEC Tournament, a block and transition 3 to put Auburn up 21!!!! pic.twitter.com/vlUxnNo7Ou

A 21-point lead for Auburn in the SEC Championship Game??? HOLY MOLY!!

The passing up of an wide open layup for a 3-pointer was indicative of the way Auburn played that year. As Dickie V said on repeat, the live off the 3. And on this afternoon, they certainly were living.

Okeke’s 4th 3 of the half put Auburn ahead 54-32. Tennessee put a mini run together to cut the lead down to 17 but Horace Spencer and Danjel Purifoy would make baskets to get the lead back to 22. But the tide began to turn for a brief as a 7-0 run brought Tennessee back to 15, 62-47 and the Vol crowd which encompassed most of Bridgestone Arena somewhat back to life.

But Bryce Brown and Danjel Purifoy put the stop to those comeback dreams really quick.

Tennessee cut the lead down to 15 twice but Bryce and Danjel were having none of that. pic.twitter.com/6nYzrAj8Pz

Jared Harper had huge games against South Carolina and Florida that got Auburn to Championship Sunday but dealt with foul trouble in this game. But Jared would make his mark in the final moments of this one with a “Jared Harper Range 3” as the final dagger.

And with that, Auburn had done it, winning 4 games in 4 days to capture the SEC Tournament. The last team to win 4 games on their way to the SEC Tournament title was Georgia back in 2008, (which they did over 3 days, including 2 in 1 day due to a tornado that damaged the Georgia Dome).

The moment Auburn officially got themselves a banner. War Eagle! pic.twitter.com/KltJQoJzrA

Raise it high and raise it proud

Bryce Brown would finish as Auburn’s leading scorer with 19 points on 5-10 shooting from 3-point range. Bryce was named the SEC Tournament’s Most Outstanding Player.

Just as he did the previous Saturday, Chuma Okeke had a huge game against the Vols. He was 5-9 from 3 and had 18 points and 13 rebounds. Danjel Purifoy had 10 points and knocked down 2 big 3s in the 2nd half to thwart Tennessee’s momentum. Jared Harper had all 9 of his points in the final 4 minutes, and also dished out 6 assists.

Malik Dunbar had 8 points and 6 rebounds, while Horace Spencer and J’Von McCormick each added 6 points. The Auburn bench outscored Tennessee’s bench 30-10 in this one as despite playing an extra game compared to Tennessee, there was no fatigue issues for Auburn.

Here are the highlights!

And as great as the SEC Tournament was for Auburn, they got a really tough draw and a short turnaround being sent to Salt Lake City to face a team that hadn’t lost since January 3rd. But Auburn wasn’t done proving people wrong.