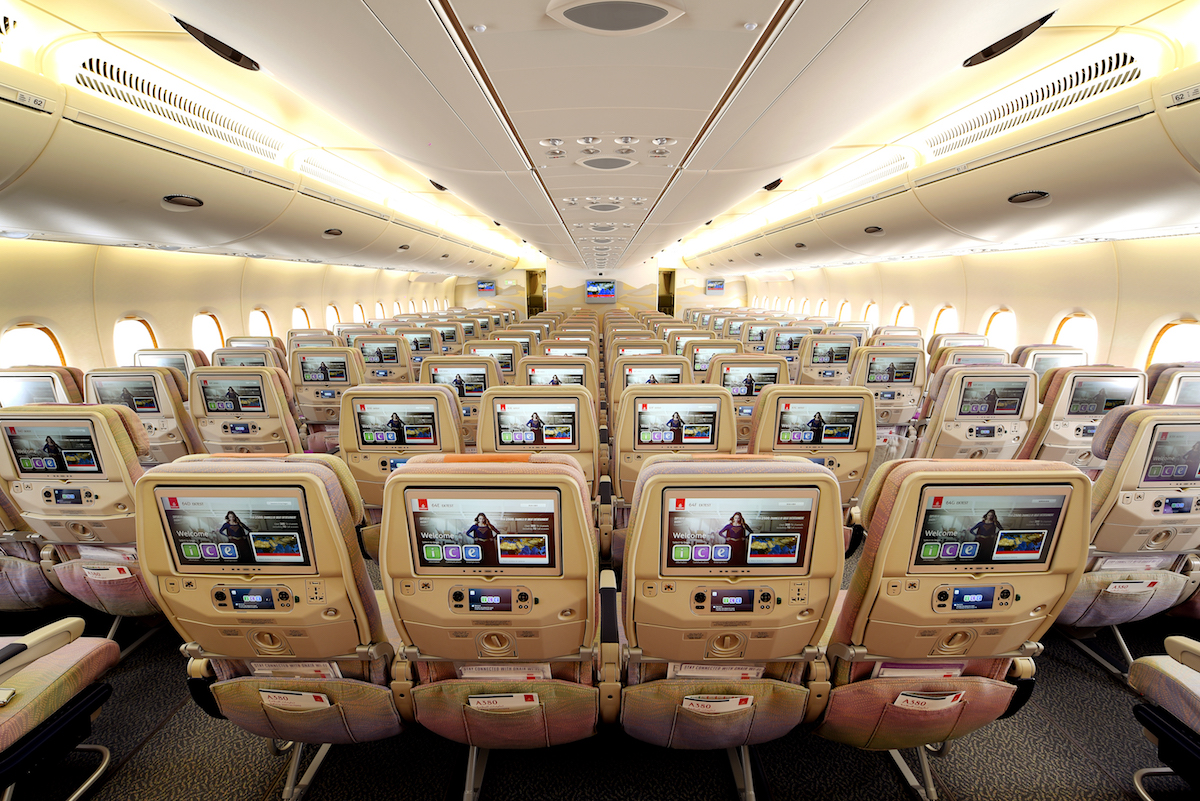 Rappers Get In Fight On Emirates Plane In Dubai

At least it wasn’t Spirit Airlines for once? But in all honesty, I’m surprised there wasn’t more of a punishment…

Two British rappers I hadn’t heard of — Tion Wayne (Dennis Odunwo) and Headie One (Irving Adjei) — got into a physical pre-flight altercation on board an Emirates aircraft that was supposed to fly from Dubai to London Heathrow.

In a video posted to Twitter and viewed around 900K times, one of the men is seen striking the other man, while other passengers look on in horror, and some even try to stop the fight. Interestingly this is happening in economy…

Lmaoo nah Tion Wayne & Headie one are they not embarrassed

Little altercation with some ‘gangsters’ coming for a fight with there phones out. Clearly some clout chasing. I’m good, I’m free, a hair on my head hasn’t been touched, I’m having dinner steady

And to that, Tion Wayne responded as follows:

Looooool ooooo you a internet boy now disappointing before the phones came out i buss your boys face you lot running to the kitchen man didn't back out no phone https://t.co/MXmUi916MO

Man replied to his boy bleeding by dashing fanta and he is here tweeting. These guys always fooling the public no real heart

Could someone… interpret this for me, because I’m confused?

Tion Wayne also stated that “ain’t no-one been arrested stop listening to lies,” and “nothing major just an argument over a seat.”

What surprises me about this situation

To me the most interesting part of this story is how the men allegedly weren’t arrested. It’s always worth remembering that laws differ around the world, and that what’s okay in one country might not be okay in another.

Many people like to point out how the Middle East has strict laws, and how people should exercise extreme caution when visiting these countries. For example, in the UAE “writing bad words on social media” could get you arrested, even if it has only rarely been enforced.

One would think that if punches are thrown on a plane that someone would get arrested in most countries, and particularly in the Middle East. So I’d be curious to know what happened here — was the situation not fully reported to authorities, or…?

I think one thing is for certain — if a “local” had gotten punched, someone would be serving a jail sentence.

Two rappers on an Emirates flight from Dubai to London had some sort of disagreement over seats, and this ended up getting physical. I’m surprised that neither person seemed to be jailed or punished in any sort of significant way.

(Tip of the hat to Paddle Your Own Kanoo)

Rappers Get In Fight On Emirates Plane In Dubai