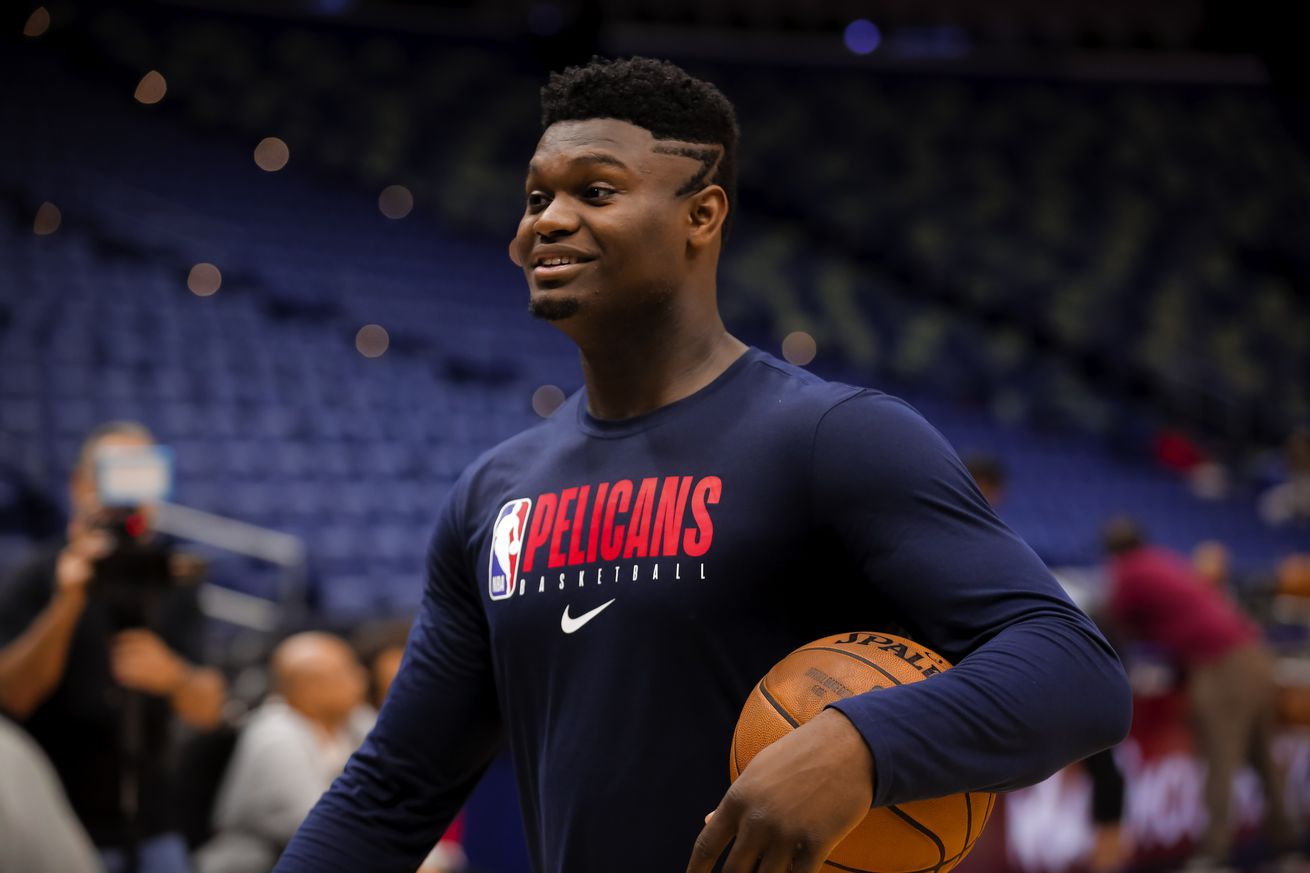 That special day is coming. Zion will soon make his NBA debut!

Twenty-twenty is off to a good start for the New Orleans Pelicans.

In addition to kicking off the new decade tied for the league’s longest winning streak at four games, Zion Williamson made his much anticipated return to the practice court today, and according to head coach Alvin Gentry, he participated fully without any restrictions.

Although Jrue Holiday categorized this morning’s practice session as light, it was obvious to attending media that the whole team is delighted about Zion nearing game action as he’ll add an incredible dimension.

“He definitely fits in well,” Josh Hart described to media after practice. “All I know is if he steals any of my rebounds, there’s going to be a problem. But he’s someone who can rebound the ball, push the ball down the court, finish at an unbelievable rate at the rim, get fouled — I think that’s something we’re struggling with now. We’re not getting to the free throw line as much. So he’ll definitely help with that... It’s exciting and we can’t kind of wait for him to get out on the court.”

As for Zion, he was his ever fun-loving, bubbly self. He stated, for instance, “Man, you guys love dates,” in response to a question about whether he has a date circled for his return yet.

“To be honest, if I’m being honest with that, I couldn’t tell you,” continued Zion in a more serious tone. “It’ll probably be one of those moments where just like when it came to my college decision, I woke up and I’ll just know. I’m not trying to like say something just to say something. That’s my honest answer. I’ll probably have to wake up one day and be like ‘Alright Griff, Trajan, coach, training staff, I’m ready. Let me go.’”

Williamson, in his next breath though, admitted that everything is dependent on passing the team’s assessment tests. “I gotta pass the assessments. Once I pass those, Griff will let me go.”

Gentry stated that he is confident Williamson will not see his first game action on the upcoming two-game road trip against the Lakers and Kings. When pressed for a return date, Gentry didn’t offer anything definitive.

“Sometime in the next two months. How about that? No, I don’t know. There’s no date. I mean, we just have to take it a day at a time. I know that’s typical, but we really do have to take it a day at a time and see what kind of progress he makes. See what happens after he goes through practices and things like that. As we’ve said and will continue to say, we’ll put him out there and he’ll play when the time is right for him to do that. What that is, I’m not real sure of, but I know that he’s making progress. That’s the thing that matters most.”

Will Zion make his triumphant return to the basketball floor when the Pelicans return home and face the Jazz on Jan. 6th or the Bulls on Jan. 8th? Or will the team choose to wait a little longer? Might be kind of fun for Zion to have his first game come in Madison Square Garden against RJ Barrett and Knicks on the 10th.

For all intents and purposes, the answer is obvious. While fans will continue to pick random dates on the calendar, expect for the Pelicans organization to not throw Zion out there until he feels confident, and he’s passed all assessment tests relating to movement, conditioning and other return-to-action protocol.