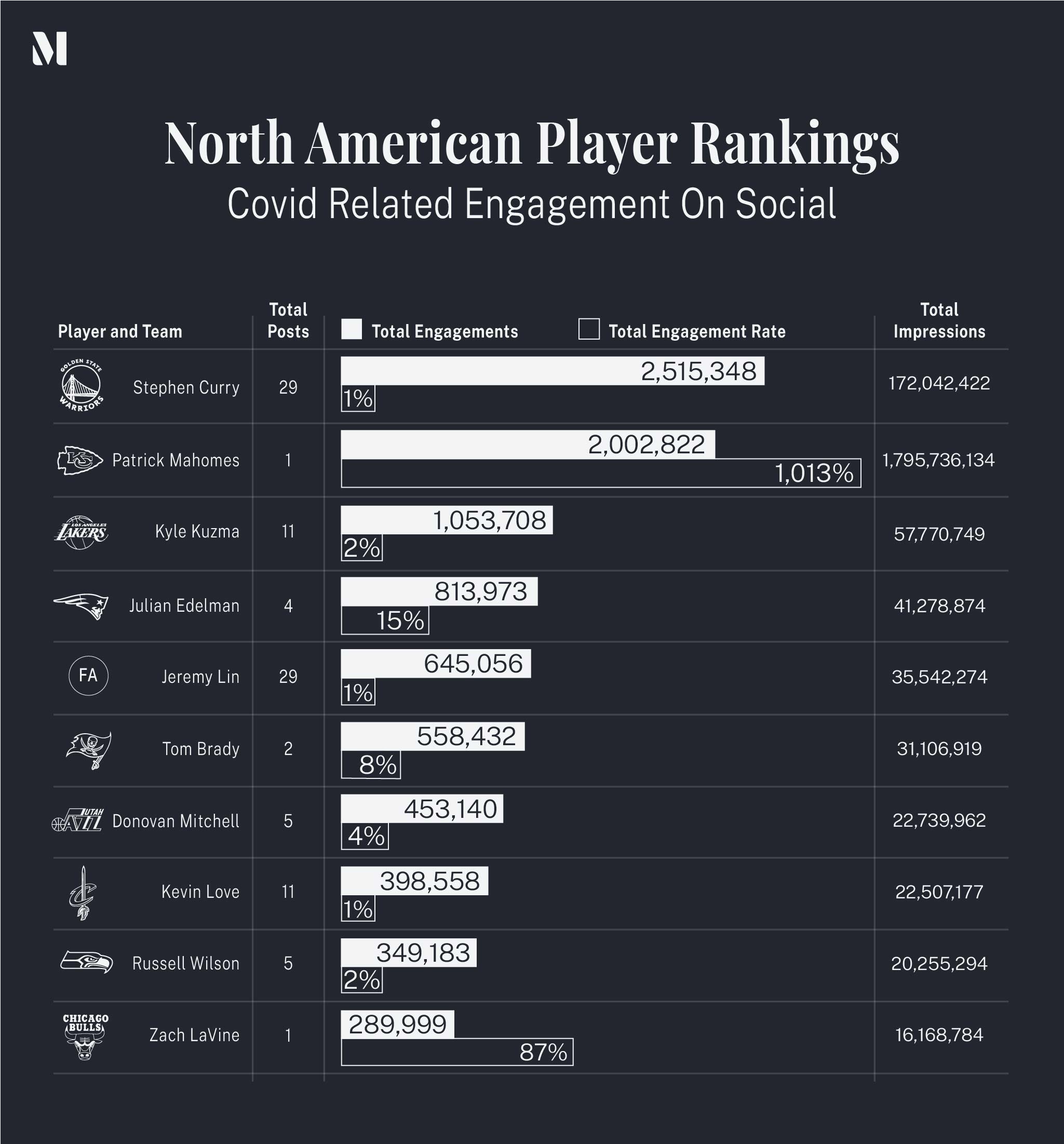 Cause, Social Responsibility And Brand Play…

I’ve been doing some writing for our colleagues at MVP Index recently…below is a piece on cause with some great data we pulled together…you can find all their great work at MVP Index Insights.

Social responsibility and cause marketing have been a growing part of the ROI mix for brands for several years. Not the first element that is top of mind in a campaign, but especially for companies that are looking to skew younger, telling what you stand for and who you stand with would rise in a storytelling conversation. Some brands looked at it as box-checking, others went deep on engagement. Some weighed a great deal of cost-benefit against it and channeled dollars from philanthropic efforts. It is certainly a part of a company’s DNA, but how much and how important, ebbed and flowed, sometimes, with the issues of the day.

The Rise Of Cause

Then came the Pandemic, and Black Lives Matter, and suddenly telling the public who you stood with and what you are doing went from being on the second half of the brand values checklist to second or third, or even in some cases, first. More importantly, to a growing audience was not just what you were saying, but what you were doing to support and invoke change. At this moment in time, the engaged public is saying, you need to back up your words with actions…and it has to be for a longer period than one of short-term mourning. Long-term healing, and change, and action, are now front and center for a growing number of consumers when making purchasing decisions.

The same has become true for teams, coaches, and athletes. In a time where fans cannot attend games, for the most part, consumers are watching, and reacting, to the way support, or perceived lack of support, is being handled by those they can only watch on a device or screen and follow in social or listen to on a spoken word platform these days. We can’t go to games and cheer, or boo, or clap, but we can make our voices heard and listen to what athletes and teams are saying or doing in ways that were probably not a first choice of engagement for many even last spring.

When you look at the visceral and passionate reaction athletes and teams are getting to everything from “Black Lives Matter” to “Take A Knee” to “I Can’t Breathe” to even the support of political candidates (as we saw with Steph Curry participating in the virtual Democratic National Convention in August) and causes like the Pandemic or even the wildfires in California, you see that the impact athletics can have through engagement is just as powerful, longer-lasting, and maybe this time even more impactful in terms of long-term engagement, than since at least the Sixties.

Now athlete activism is not new. However, there are twists with engagement points that are different this time, and those ties directly to the literal signage that teams are allowing to share messages and voices now, which is pretty unprecedented. In recent years, teams and professional sports leagues, were forced to have an opinion on players wearing hoodies in pregame warmups as a response to the killing of young people like Trayvon Martin, or they had to react when Colin Kaepernick and others chose to take a knee, or even before that when the Denver Nuggets Mahmoud Abdul-Rauf chose to sit during the National Anthem. The reaction and the response were very specific to that one moment, and teams then pretty much returned to the business of the day.

These past few months we have seen much more visible action taken by teams and leagues in support of social causes than ever before. From the NBA, WNBA and MLS allowing patches on uniforms, words being included on jerseys to show signs of support and even using the most visible and perhaps valuable real estate they have, the court and the pitch, to voice a point of view (“Black Lives Matter” is seen on the court for both the NBA and WNBA), the use of owned assets to engage in cause and social justice debate has never been more prevalent and longstanding. Yes we have seen almost every league support initiatives as one-offs… ranging from MLB’s work with pink and blue bats for breast and prostate cancer as well as their co-sponsored Standup2Cancer campaign usually during the postseason and their unified support of Jackie Robinson day to the NFL dedicating certain weekends to causes like cancer or supporting troops with camo jerseys and signage on-field…but never have you seen such sustained and powerful messaging as we are seeing today. The calls to action around cause is also global…we have seen soccer clubs like Real Madrid and Bayern Munich show support, as well as cricket clubs in New Zealand and soccer clubs in Australia…all pointing towards signs of sustained awareness like we have never witnessed before. The use of such valuable brand territory to support social causes has been seen before in unique ways…FC Barcelona using its kit sponsorship for UNICEF in recent years vs selling it to a consumer brand…but extended support across sport? Never like this.

Cause and Sport Going Forward

Getting back to brand support tied to cause and sport, what does this mean for their positioning around the only live and original programming being generated into the fall (with most production now being stopped on entertainment properties for months, sports and return to play will be pretty much the only non-repeated content consumers anywhere will be watching in the coming weeks)? It means that the prolonged exposure teams, leagues, and athletes are giving to social and political causes… the coming election in the United States and a push to get people to vote being supported by athletes and leagues will also factor into this… will have a direct impact on how brands support, and spend, across live games and supporting content in the coming months. Some brands who are taking an active stance, like Nike or Dick’s Sporting Goods, will blend well and probably grow and engage their base.

For example, Nike’s #UntilWeAllWin campaign posted in late May generated over 5.48 million engagements, the most for any brand, since March, and received support from people like Travis Scott, Jerry Rice, Alex Rodriguez, and Todd Gurley.

With regard to activating a call to action tied to the Pandemic, JBL & Giannis partnered  together to donate headphones to children in Milwaukee to help them adjust to virtual classroom learning. Meanwhile #OpenforTakeout became a great carryover pushed byBud Light in supporting local restaurants and bars with #OpenforTakeout by linking people to local businesses through their social media channels. In addition, teams like the New York Rangers, Philadelphia Flyers, Broncos, Devils, and others helped generate awareness for the campaign by also using the hashtag on their channels. Teams generated 5.75 million impressions on 49 posts mentioning #OpenforTakeout.

Then you had athletes leading the activism charge themselves, a list of which could go on for pages…some highlights include:

Others may choose to literally sit out the debate and look to spend more time focusing on causes like the Pandemic and working with health care workers, a much less controversial topic than other forms of social activism.

Another great example of a disruptive brand finding a share of voice was Manscaped. A new partner of the 49ers, UFC, LA Kings, the brand took to their social media to speak up for change and urge people to vote. Obviously not generating as much conversation as Nike, but still impactful as the brand touches the sports landscape.

In terms of exposure, and dollar investment, the monies going to cause and social responsibility in sport is increasing every week. Why now more than before is this becoming a consistent ask for consumers that needs to be responded to? One is idleness. While consumers have been working from home and dealing with all aspects of the pandemic, their focus is more on what has been occurring in the social awareness space. At least one of the issues we face today affects everyone, very personally…no one can escape it. Another is the news cycle. We are in a world where everything has been politicized, from the wearing of masks to BLM to the Post Office, and rightfully or wrongly, the strong voice of the athlete has become ingrained in these debates because they are the only consistent faces, outside of politicians and health officials, being seen and talked to every day. They are taking a stand or sharing an opinion because like the consumer, these events are affecting their personal lives as well. The third reason is that we now live in a world, especially for a younger consumer, of constant self-awareness and engagement. We are used to having anything and everything at our literal fingertips, and it is hard to break away from debates big and small. Cause marketing and social responsibility are a big part of the constant engagement, and involvement and a point of view become a natural flow of discussion. Sports is no longer an escape from reality, it is part of the reality we deal with, and the messages are there on the court, on the field, and on the uniforms.

So if you are a brand looking for when this period of activism in sport blows over and we go back to athletes or teams or leagues being just about the game, you may never get that moment again. From lacrosse to cornhole, college football to the NHL, you are going to be asked what issues you support, and how you will engage in debate and positive change. It will be part of your planning and will be essential to your engagement. Can you just do some advertising, or when things return to fans in the stands, build some solid consumer engagement programs (even now we have seen Pepsi launch “Tailgate-in-a-box” sweepstakes and “Made for Football Watching” campaign) and grow the brand? Maybe. But that doesn’t mean you won’t be asked, and frankly, the ask may come from athletes directly through social media as well.

Cause marketing and social awareness campaigns tied to sport and business have become profound and vibrant. The one-offs of the past have become the consistent messages of today, and will continue into the future. This is the “new normal,” and we look forward to seeing the impact they can have, both on society and on brand marketing.

Cause, Social Responsibility And Brand Play…