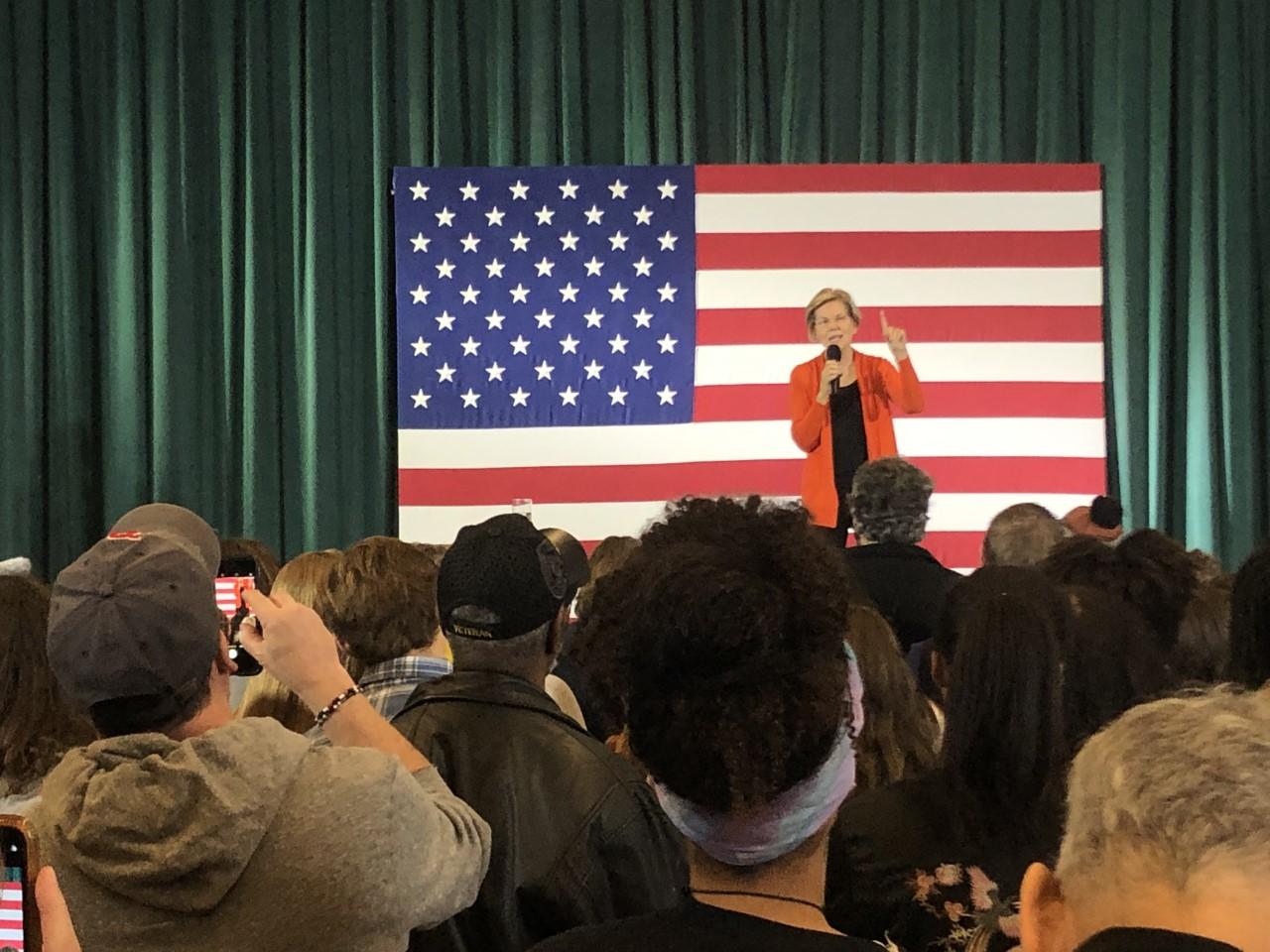 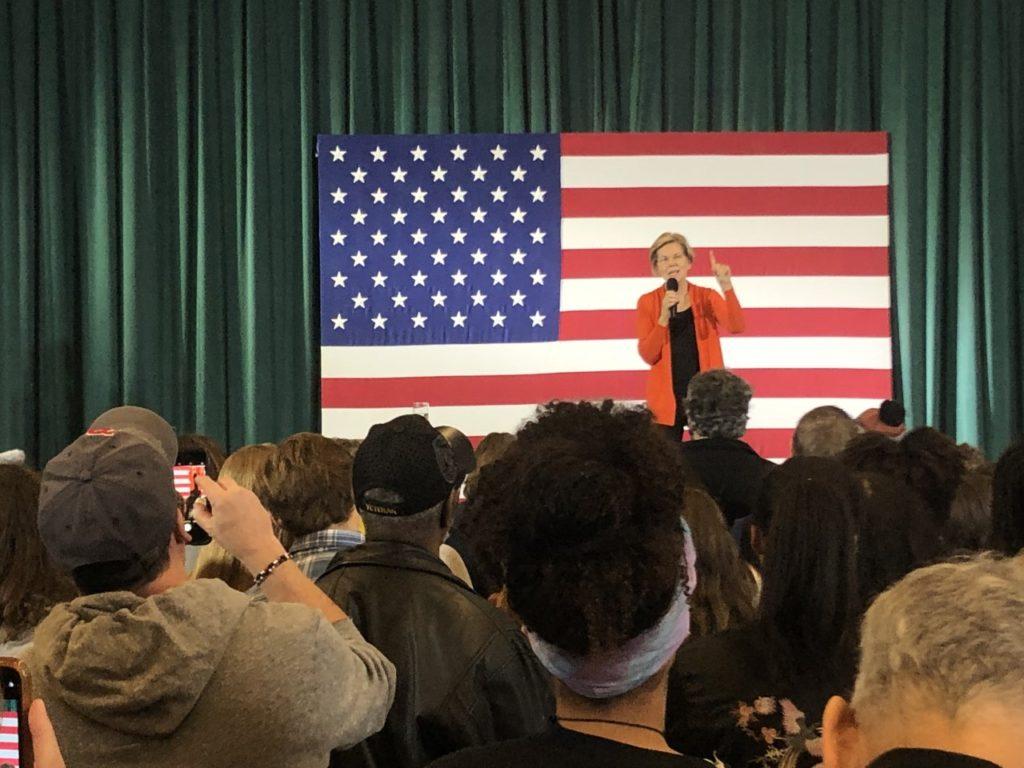 Presidential hopeful Elizabeth Warren visited campus and addressed a crowd of students and visitors in between classes on Nov. 4. Photo by Abraham Teuber.

Democratic presidential candidate Senator Elizabeth Warren addressed a crowd of about 850 students, faculty and Iowa residents in Harris Center today to make a case for their support at the caucuses.

In addition to current students and community members, Warren’s visit aligns with Discover Grinnell weekend, giving many prospective students an opportunity to attend as well as gain insight into the politically engaged nature of the campus.

Colter Adams, a high school senior from the D.C. area said, “I mean it’s pretty unfathomable that I would come to a campus of just 2,000 people and get to see one of the leading Democratic candidates for president speak, so it factors into my decision [to attend] pretty significantly. I think just the fact that this campus is so politically active really speaks … to the values reflected here and why I’d want to come.”

Many of the community members planning to caucus are undecided on their candidate. Dan and Mary Newton drove from Newton, IA to see Warren speak for the first time. While they are still undecided on a candidate, they do know that they plan to caucus. Mary said she is concerned Warren is “a little bit too liberal for us and for the country,” but she “likes her attitude towards big change.”

As Mary said, Warren works to persuade voters with talks of “big, structural change,” both to tackle government corruption and economic issues. This change, Warren says, is the center of her campaign and leads her to advocate for policy issues such as removing the influence of money in politics through lobbying, a two-cent wealth tax and Medicare for All, among many others.

Medicare for All has become one of the more contentious issues in the Democratic primary. Asked about the necessity of entirely abolishing private insurance, Warren told The S&B that “Healthcare is a basic human right.” She further said, “American families need a choice” that insurance companies do not offer them. According to Warren, there is also a large economic reason she supports the policy: “This would be the equivalent of the biggest tax break in American history, and it would go to hardworking families, so I’m all in on it,” she said.

In addition to Medicare for All, the two-cent wealth tax is a unique policy her campaign has proposed. Warren says this tax will affect only the “top one-tenth of the top one percent” and will generate revenue to pay for several economic reforms aimed at decreasing inequality, such as universal preschool, improved public education funding and student loan debt cancelation.

As candidates continue to make their case to the Grinnell and surrounding communities, caucus night will show whether Iowans support agendas such as Warren’s calls for “big, structural change.”