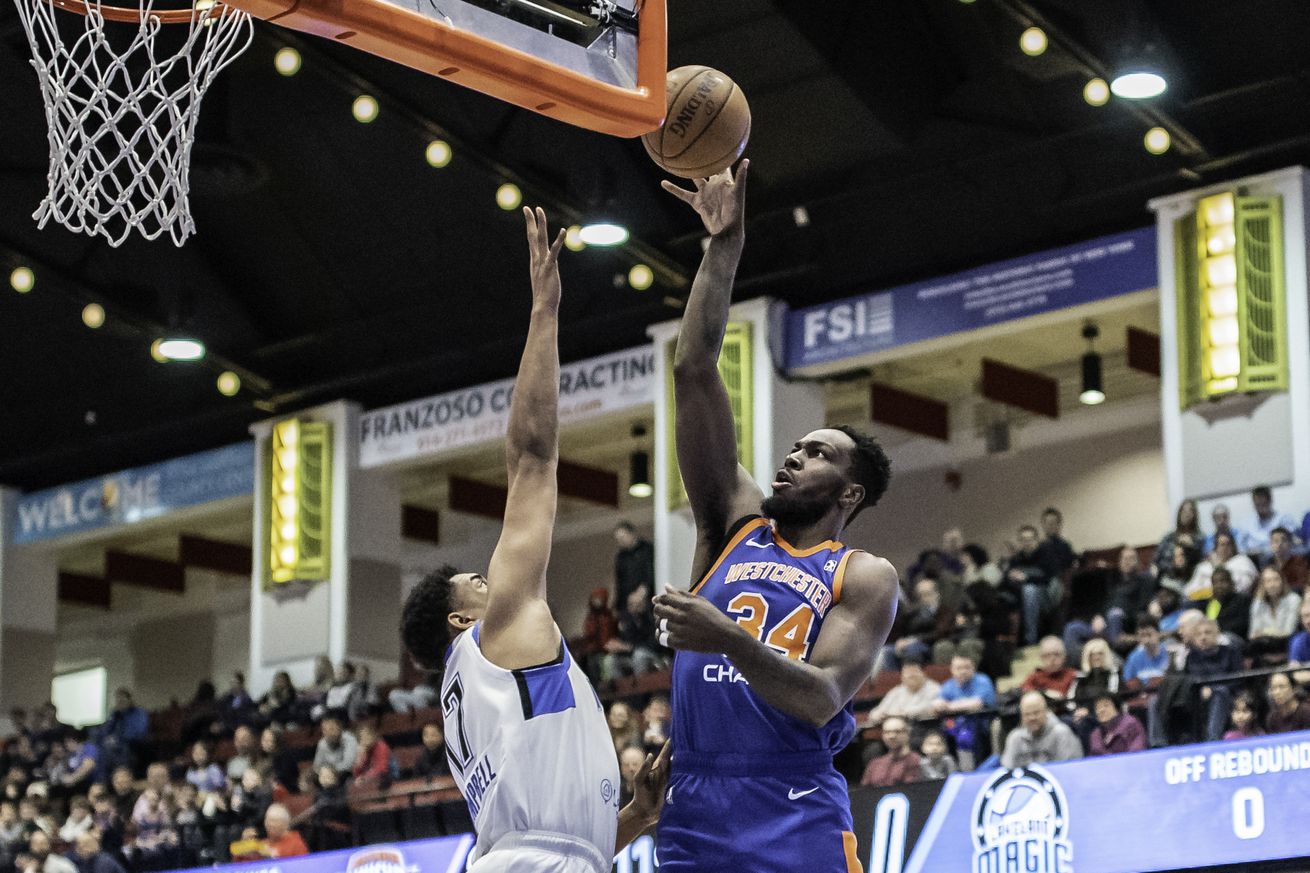 Warney made an immediate impact as soon as he arrived in Westchester.

Jameel Warney made an immediate impact upon joining the Westchester Knicks. He showed that he was one of the most dominant post players in the NBA G League and he could finish strong through double teams. He showed he had great footwork and soft touch around the rim.

The 6’8” forward showed he could make crisp passes like when he dished a no-look bounce pass to Paul Watson who finished with the powerful slam. After drawing a double team, he found Billy Garrett on the perimeter who connected on an open triple. Later in the season, he kicked it out to Luke Kornet who drained an uncontested three.

Warney showed that he was a G League MVP candidate due to his strong production. He made a great impact in Westchester in his 25 games with the team. With at least 20 games played, he was the Knicks’ leading scorer, second in rebounds and blocks per game, and third in field goal percentage.

Warney made a huge contribution in Westchester’s first home postseason game and was one of three players to record a double-double in the game. He finished with 20 points and 14 rebounds on 9-of-14 from the field against the Windy City Bulls.