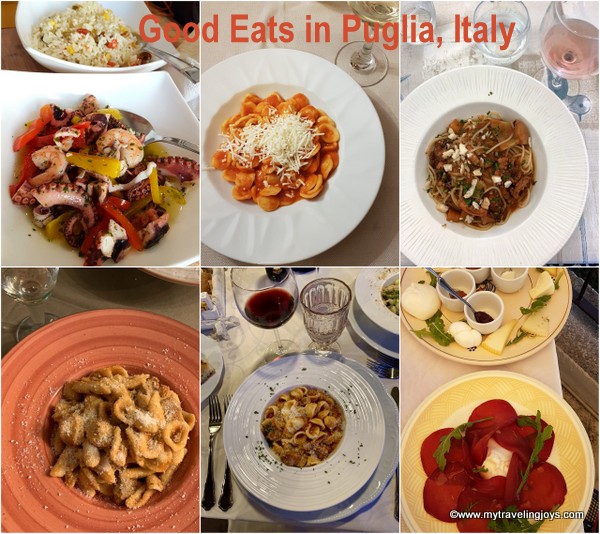 For some reason, I don’t feel like we had many memorable meals in 2019.
But after spending some time looking through my photos, I remembered several meals that did stand out at the time. Perhaps, it was a particular place or trip. Perhaps, a special dish really made an impression.
Anyways, here’s my annual round up of my Best Meals in 2019. And true to form, it’s a bit late, but at least it’s still January.
Asian Flavors in the Middle East in Dubai
At the end of January 2019, we visited good friends who were planning to leave Dubai soon. My Aussie girlfriend, who also made my list of Best Meals in 2017, and I planned a girlie day of lunch and sightseeing. She wanted to check out a fairly new place called 3FILS, a modern Asian restaurant located at the Fishing Harbour Jumeirah. 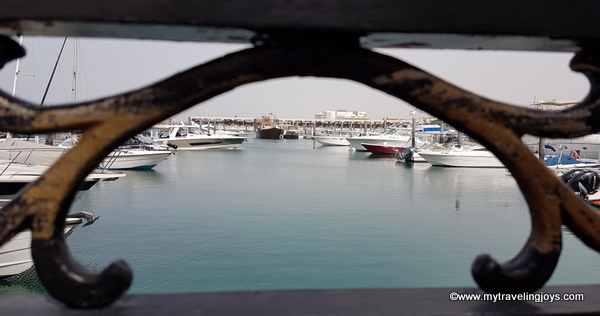 The restaurant was founded by Singaporean Chef Akmal Anuar and two Emiratis. The name 3FILS relates “to the ‘2 cents worth’ opinion about dining in Dubai,” according to the restaurant’s website.
The highlights of our casual lunch while sitting outside in the warm sunshine were the spicy tuna sushi roll and crispy eel with a yellow pepper mayo. 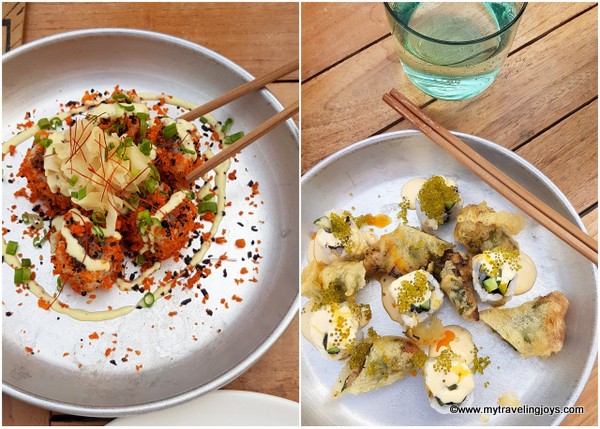 After two main dishes, the stars of the meal were the desserts. My friend had the “Toothfairy” – a vibrant combination of crispy, saffron meringue and blackberry cream. I enjoyed the interactive making of my “Karak” – an ice cream cone filled with Karak Chai ice cream made from black tea leaves, cardamom and sugar – and smashed onto my plate. The ice cream tasted similar to an Indian chai tea. Yum! 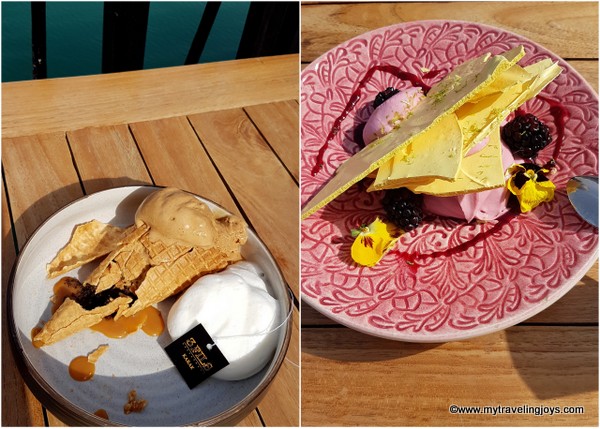 Another bonus is that 3FILS is actually reasonably priced, for Dubai.
Pre-Valentine’s Day Menu Deal
Since I’ve worked so many years in the restaurant business, I have no desire to ever dine out on the 14th of February. Instead, we booked a menu deal – 6 courses and a glass of wine for £50 - a few days before the 14th at Ametsa withArzak at the COMO Hotel in London. I was curious to dine here because the restaurant is the first venture outside of San Sebastian for the legendary three-Michelin starred chef, Juan Mari Arzak, and his daughter, Elena. I’ve read about their chef tales several times over the years, and since their place in San Sebastian is out of reach, we tried the London version.
After an interesting course of several aperitivos, the “Egg on the Moon” course featured an egg yolk wrapped in chorizo and paprika paper with a jamonbroth. Delicious! And the fish course was Hake “Cleopatra” with Egyptian hieroglyphics written in a vegetable puree. Very curious! 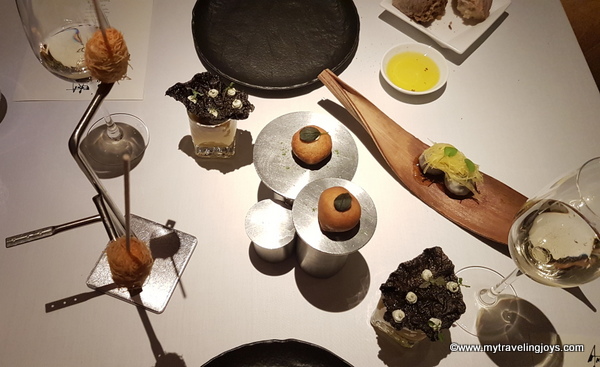 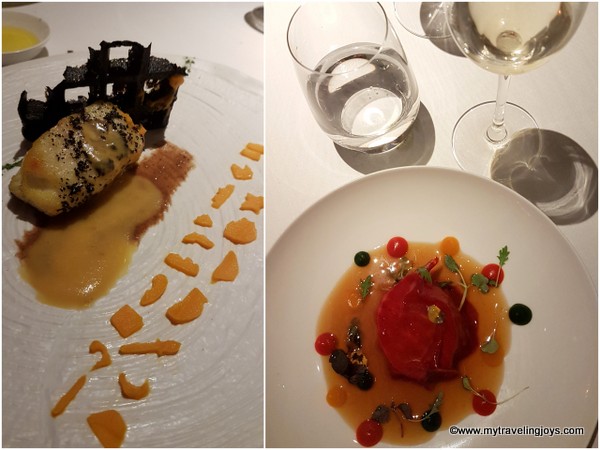 Ending on a sweet note, we had pretty star anise doughnuts with a creamy filling and a lovely array of chocolate bon bons. 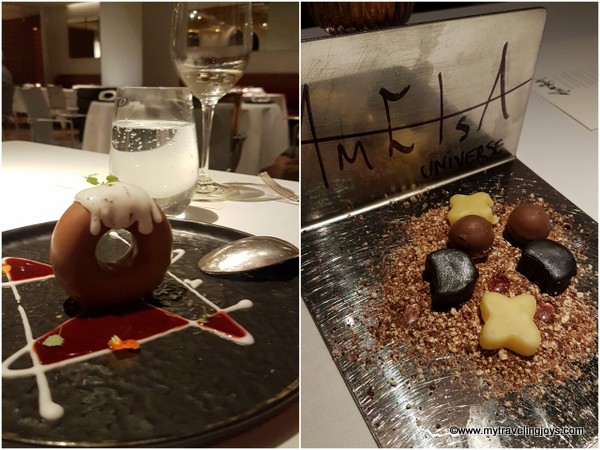 While we had good food and attentive service at Ametsa, I doubt we would return if we had to pay full price for the same meal.
Easter Surprise in Italy
Sometimes the best meals are the ones you never planned.
In April, we visited our young cousin who was studying for a semester in Sorrento, Italy. On Easter Sunday, we took a road trip to trace their Italian roots to the small village of Cassano Irpino, two hours east of Sorrento. On the way back, we stopped at another small village, Cesinali, for a late lunch and found the only restaurant, Taberna De Gustibus, open. With our limited Italian, we said si to the set Easter menu and the staff squeezed us into a corner table. The place was filled with locals. Nonnaskissing their grandchildren and passing them around the table. Classic Italian grandfathers were wearing their Sunday best. It was a fabulous, rustic place!
We thought we were sharing an antipasti platter with charcuterie and cheeses, but no, we EACH received our own antipasti plate! Then, in true Italian style, the food just kept coming. We didn’t really know what we were eating, but it was simply good, local food. Breads stuffed with herbs and local greens or ham, fried arancini, stewed spring greens, roasted stuffed red peppers, ravioli and finally a custard torta for dessert. 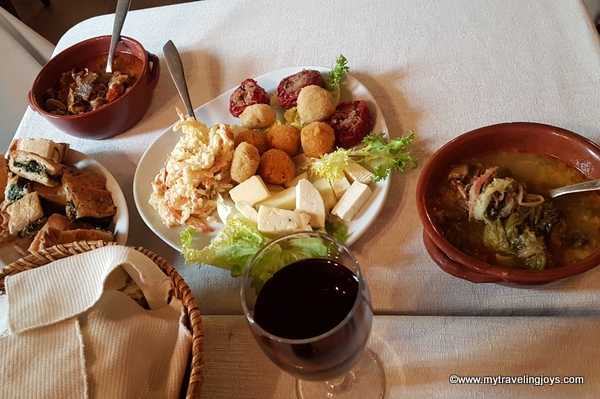 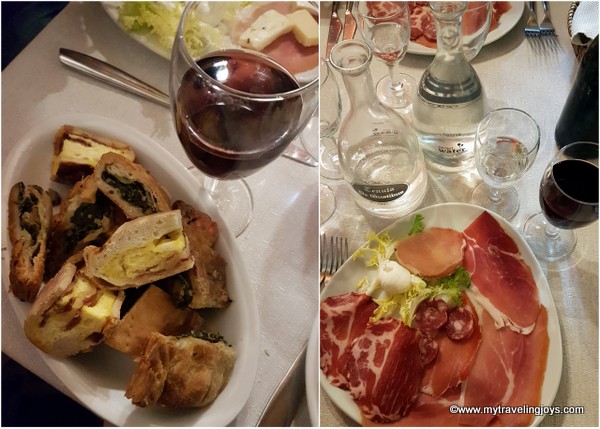 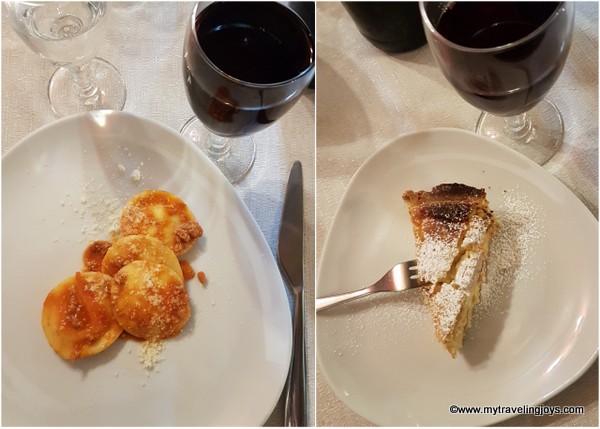 When we finally couldn’t eat anymore, we paid our bill – 40 euros for each of us.
Sky High Views in London
When my brother-in-law came to visit us in London, we wanted to dine somewhere special where we hadn’t been yet. Luckily, we scored an early dinner reservation at Duck & Waffle, London’s highest 24/7 restaurant located on the 40th floor of 110 Bishopsgate. The building at 230 meters tall is the fifth tallest building in the city. 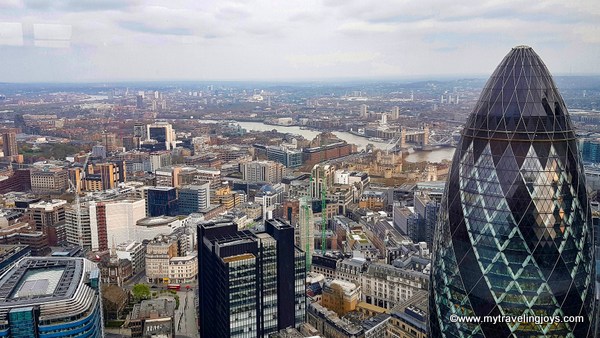 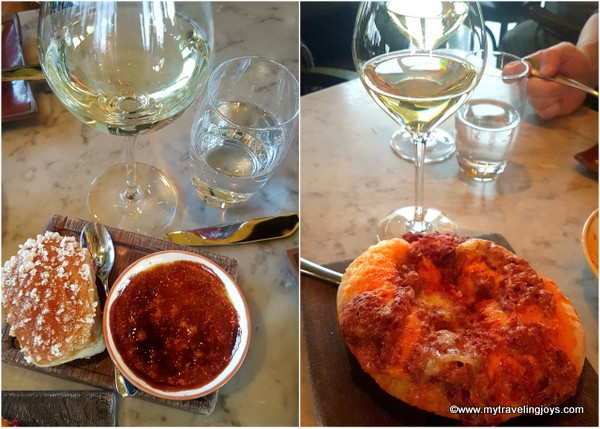 Of course, we all ordered the restaurant’s signature waffle served with a duck confit leg and a fried egg for our mains. 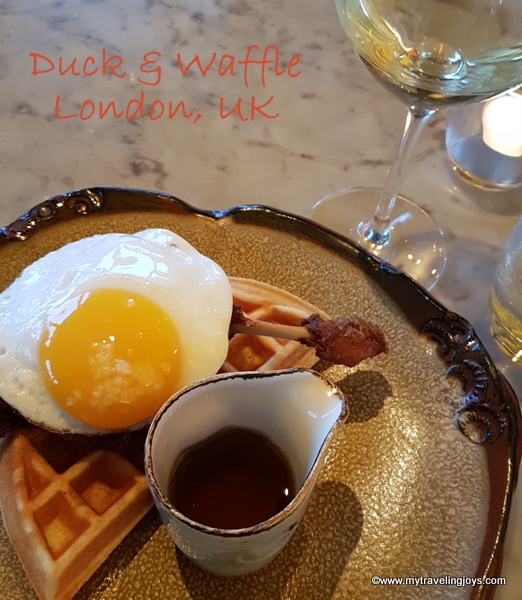 The views are definitely worth the hefty price tag for a special occasion.
Birthday Treat in London
For my birthday in May, we dined at Lyle’s, a Michelin-star restaurant and number 33 in the World’s 50 Best Restaurant list for 2019. This was my third time dining at Lyle’s, a place I like because it serves outstanding food using local ingredients.
We had booked a set menu served by Chef Dave Verheul of Embla, an award-winning wine bar in Melbourne, Australia. About once a quarter, Lyle’s welcomes guest chefs to its restaurant so they can showcase what’s happening around the world. Since we had lived in Melbourne for over a year, I was curious to try Verheul’s food.
To start with, we had fermented potato flatbread served with a shitake dip – lots of unami flavors here. I asked about the bread and was told that the potatoes are roasted, mashed and then left to ferment similar to making a starter for sourdough bread. At least, that’s the simplistic explanation. 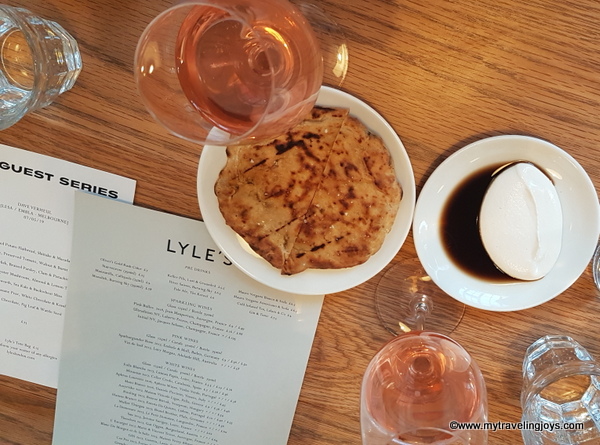 As you can from my photos, the set menu’s dishes look rather simplistic, but the flavors are concentrated and simply focus on the ingredients. I was a happy birthday girl. 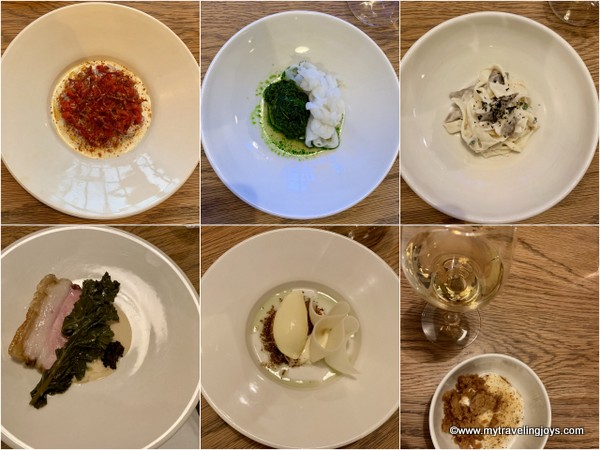 Of course, you add two set menus at £73 each, a bottle of wine and 2 glasses of pink bubbles, and the next thing, the bill is over £200. Well, it was my birthday, afterall.
Pasta and More in Puglia, Italy
I’ve been wanting to do a foodie trip to the Puglia region of Italy for a couple years now, and 2019 was the year we finally made it happen. Also, I had bought a new cookbook, “Food of the Italian South,” by American food writer Katie Parla, in preparation for our summer trip. Puglia – the spur and heel of the Italian boot – hasn’t been considered as foodie rich as say Tuscany or Napoli, but the region is becoming more popular. In fact, Puglia is a rich agricultural area with immense plains and rolling hills covered in olive trees, vineyards and wheat, plus it has 500 miles (800km) of coastline, which means heaps of fresh seafood.

During our week in Puglia, we based ourselves in Alberobello and then Polignano a Mare and ate an abundance of Italian charcuterie, cheeses, ripe tomatoes, homemade pastas, pizza and seafood.

I won’t pinpoint just one restaurant except to recommend that you should dine at least one masseria when you go to Puglia. Traditionally, a masseriawas a large farm inhabited by the landowners and included lodging for the laborers working the land plus storage buildings for crops and wine. Today, many masseriahave been converted into agriturismo lodgings, and many still function as small farms as well. On our e-bike ride in the Puglian countryside, we stopped at Masseria Madonna dell’Arco and had an impressive lunch and everything was homemade at the masseria. We couldn’t even eat everything because we had been cycling in the hot Puglian sun.
Looking ahead in 2020, so far, we have trips planned to Barcelona, Milan and a big trip to Asia for our 10th wedding anniversary. I can’t wait to try some new restaurants and new dishes!
Happy eating in 2020 – a new decade of good eats!
Follow
Source: myturkishjoys