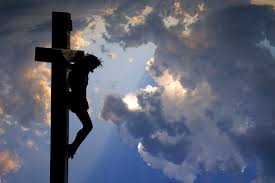 EASTER ACCORDING TO U2 - Pt 2 BLOOD WAS SPILLED

“I want to go, to the foot of Mount Zion
To the foot of He who made me see
To the side of a hill blood was spilt
We were filled with a love
And we're going to be there again

Shout, shout, with a shout”

U2’s first lyric on the events of Good Friday are found here in With a Shout (Jerusalem) from their second record October. Six years later, on Joshua Tree, they are more grown up artistically and theologically. In I Still Haven’t Found What I’m Looking For, which came about when their producer Daniel Lanois encouraged Bono to write a Gospel Song they nailed the theology of Christ’s Passion as succinctly as any hymn writer ever has : -

In a 2005 book Bono In Conversation with Michka Assayas we get a clarity of Bono’s beliefs when it comes to Jesus and the cross.  Assayas is not a fellow believer and constantly pushes Bono on faith matters. So he suggests to Bono that Christ might indeed be among the world’s great thinkers, but son of God might be a bit farfetched. Bono responds with a CS Lewis-like apologetic: “But actually Christ doesn’t allow you that. He doesn’t let you off the hook. Christ says: No I’m not saying I’m a teacher, don’t call me a teacher. I’m not saying I’m a prophet. I’m saying: “I’m the Messiah.” I’m saying: “I am God incarnate.”… So what you’re left with is: either Christ was who he said he was – the Messiah – or a complete nutcase. I mean we’re talking nut case on the level of Charles Manson.”

From this identification of Christ, Bono then looks at the essence of, and critical need for, grace instead of karma much as he sang in the song Grace from U2’s All That You Can’t Leave Behind record released in 2000. Bono’s focus for all of this is on what Christ achieved on the cross. Bono says he loves the idea that God would warn us that the selfish outworking of our sinful nature has consequences but then goes on to open up salvation; “The point of the death of Christ is that Christ took on the sins of the world, so that what we put out did not come back to us, and that our sinful nature does not reap the obvious death. That’s the point it should keep us humbled…It’s not our own good works that gets us through the gates of Heaven.”

Perfect thoughts for Good Friday as we walk with Christ to the side of a hill outside Jerusalem where his blood was spilled to break the bonds and loose our chains.

EASTER ACCORDING TO U2 - Pt 2 BLOOD WAS SPILLED