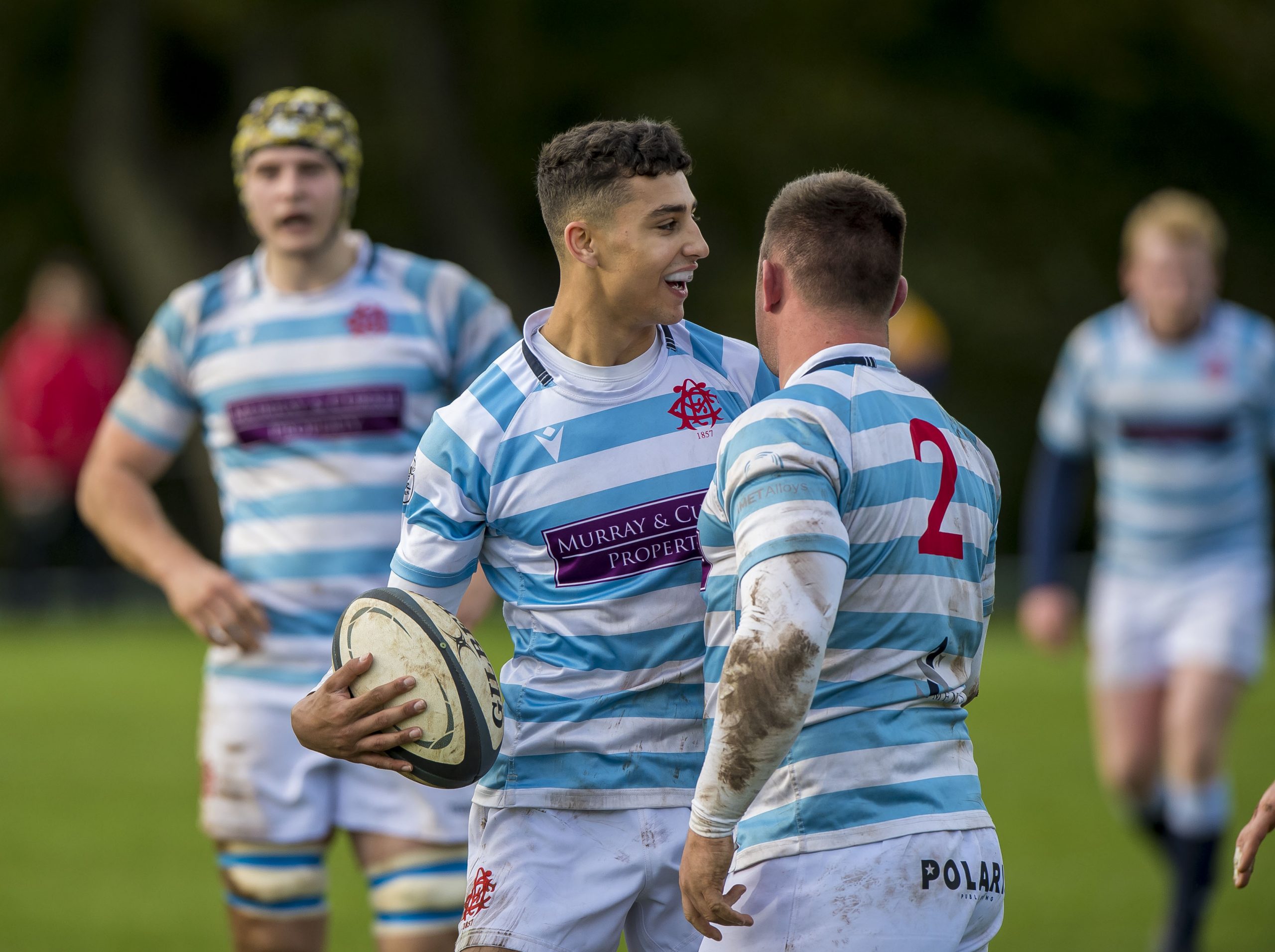 IT has been a tough couple of years for Edinburgh Accies, adjusting to life in the Premiership following the Super6 split at the same time as coping with the upheaval which came with redeveloping their historic Raeburn Place base. However, there is now a sense within Britain’s oldest rugby club that they have weathered the storm and can start looking ahead positively to adding the next successful chapter in their storied 164-year history.

The new stand/clubhouse/hub is not yet 100 percent complete but it is up and functioning, and feeling like home again, while on the park the club has made an encouraging start to the 2021-22 season. The 1st XV are undefeated at Raeburn, and moved up to third in the Premiership table with their bonus-point win in  Aberdeen last weekend while the 2nd XV occupy the same lofty spot in East Reserve League Division One, and the 3rd XV have won four of the last five matches in East Reserve League Division Two after a jittery start to the campaign. The minis section recently ran a successful tournament attended by hundreds of primary school aged kids.

Another big positive for Accies has been their new partnership with Macron Store Edinburgh (Colin Campbell Sports), who now supply kit for the club at all levels. “We have found Colin Campbell Sports to be extremely professional and helpful and have proven to be an excellent fit for Accies,” says Matt Coupar, who is now a Director on the Accies Board having previously played for the club.

“With Accies moving into our new clubhouse earlier this year, this has been an exciting time for the club, and we have had the opportunity to re-think many of the things we do and how we can operate,” continues Coupar. “A big part of this was looking for a partner that we felt could offer quality kit to our players and supporters and build a long-term and beneficial relationship together.

“As a club, we want to work positively with all stakeholders but we feel this is of particular importance with kit so players and supporters can feel confident investing in items that will not become redundant with a change of supplier/design the year after.

“We considered many different partners and had reached out to Colin Campbell Sports primarily as they supplied Macron kit but also as they seemed very aligned to Accies after I read about them in The Offside Line. Macron kit is obviously well thought of in rugby circles anyway so we were confident the kit would be well received but it has been the quality of service that really impressed us and set them apart from the competition. Colin and Scott are really helpful and experienced, and it has been a pleasure to work with them.

“Probably the biggest highlight so far has been the fact that all kit arrived before our pre-season friendlies. This is something we have struggled with from other suppliers in the past, often needing to wait until two or three games into the season, and it was great for us to start this new phase of the Club’s history in brand new quality kit.

“We also set Colin Campbell Sports quite a big challenge to deliver supporters teamwear and again they delivered on time meaning that not only were our senior and minis players ready on the pitch, but a good number of our supporters have also been able to kit themselves out.

“The kit has been well received by all but the important thing for us is the Colin Campbell Sports have proven themselves great partners and we look forward to working more with them in future. We feel we have found a partner that will deliver quality kit when needed and will always be there to help.”

The post Edinburgh Accies dressed to impress in new era for Britain’s oldest club appeared first on The Offside Line.