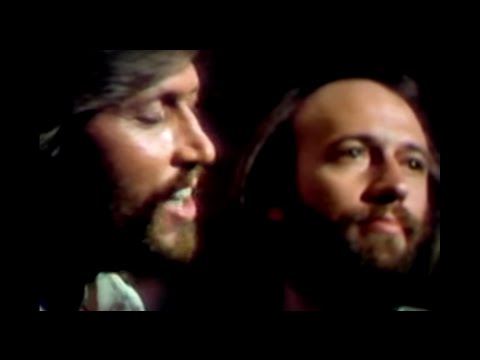 Checked out a Bee Gees greatest hits CD from the library and been playing it a lot the past couple weeks. It reminded me of this classic post of mine from 2013, back when I was one of the only people popularizing and doing original extensions of Peter Turchin's work on secular cycles and the structural-demographic model. I still basically am the only one.

Still, I've been more fascinated by the cultural correlates of the changing phases of political & economic cycles. Not that they're more important in some utilitarian, society-managing sense -- they're just more interesting.

Anyway, one of the clearest signals I found was close harmony in popular music vocals, linking all of the New Deal era together, and clearly separating it from the neoliberal afterward. After the inauguration of Reagan and Thatcher in the Anglosphere, the only popular groups to use close harmony were Bananarama in the '80s, and Wilson Phillips during their brief heyday of the early '90s. No single member of either group was clearly "the lead singer" or "the one poised for a solo career". But these two groups were the exception during the transition to neoliberalism.

After that, there were a handful of black girl-groups like En Vogue and SWV, but by that point the harmonies were occasional, and most of the vocals were from one girl at a time, moving from one to another. Still less hyper-competitive than one woman doing all the vocals as lead diva, but not as harmonious, as it were, compared to close harmonies throughout. By the y2k era, Destiny's Child was basically Beyonce and two back-up singers, and she quickly launched into a solo career.

A pattern I did not remark on in the OP is that close harmonies are more characteristic of the less pretentious genres -- pop, disco, dance in general. Far less common in rock, especially its harder forms, or any form of rap, which are more about the lead singer / MC who is there to let you know how much better he is than all the other pale imitations among his rivals.

I neglected to include ABBA in the list of harmonizing groups who kept the spirit alive in the '70s, and of course they were mostly a pop / disco group. And no, it's not because Scandinavians are genetically programmed to be more egalitarian (although they are), since their blood-cousins in the Nordic metal bands would never use close harmonies. And whatever Swedish rappers are out there, do not do so either.

That underscores how egalitarian of an environment a dance floor is, whether it's trad folk circle dances or mod neon disco. Sure, there's usually someone (like me) in that room who is the greatest dancer -- they'll even write songs about him (Sister Sledge). But that hierarchy doesn't rise to the level of a lead singer or lead guitar soloist at a stadium rock concert commanding the attention of 10s of thousands of fans. Dance clubs are way more down-to-earth, easy-going, we're all just as special as each other, kinds of places. What's there to be pretentiously hierarchical about? Lighten up -- it's just disco! Cut loose, have fun, and don't worry about someone else hogging all the attention. It's not going to happen.

Perhaps this is another reason why music critics love rock and rap, and hate anything danceable -- aside from the obvious, which is that critics are cerebral nerds who are tone-deaf, can't carry a tune, and have two left feet. They also want to lionize the god-like individual ubermensch, and egalitarian genres like dance, with their communitarian setting of a crowded local dance floor, are never going to produce that, while rock and rap does produce a pronounced hierarchy of gods vs. mere mortals.

It's also another hilarious example of libtards being the most enthusiastically Gilded Age and Ayn Randian in their aesthetic preferences. Nobody loves Victorian novels more than Democrats, and they were produced by a rising-inequality period. Indeed, they barely resonate with the literary output of the egalitarian periods on either side of the Gilded Age -- the Romantic era of 1780 to 1830, or the New Deal era of 1930 to 1980. Even today, they are more wedded to the cultural correlates of 1980 to present, than they are to the New Deal culture (aside from a few token gestures to Seventies Hollywood or French New Wave).

I don't think you have to reject the culture from a period whose economics you ostensibly abhor. Cultural works should be judged and appreciated on their own aesthetic merits. I'm just pointing out what is either a hilarious mismatch between which eras the left wants to work in vs. want to enjoy the culture of -- or to highlight that maybe today's left are barely concealed Victorians and neoliberals, *not* Romantics or New Dealers, and so their cultural sensibilities are entirely concordant with their anti-egalitarian, status-striving, Me Not Them, economic agendas.

At any rate, let's cleanse the palate with a reminder of what the tail-end of the New Deal sounded like, "Too Much Heaven" by the Bee Gees (1979). I was playing this while driving down the main drag through the city yesterday, and a cute girl in tight leggings saw random hot guy cruising slowly and decided to stop my car entirely by strutting her buns across the street, outside of a crosswalk (ooh, such a naughty girl...) That earned her a nice little OWW OWWWW! from the driver.

You may think that a slow or soft song clashes with catcalling, but there's nothing more appropriate than some soulful slow-dance music to get her in the mood for being pleasantly and playfully objectified. Today's tastemakers cannot tolerate catcalling, heterosexuality, dance music, dancing period (especially slow-dancing), and egalitarian social and economic outcomes. But to hell with their degenerate, boring, enervated crap.

Leave the pod, spit out the bugs, rip off the mask, catcall hot girls, and play harmonizing dance music for the masses.