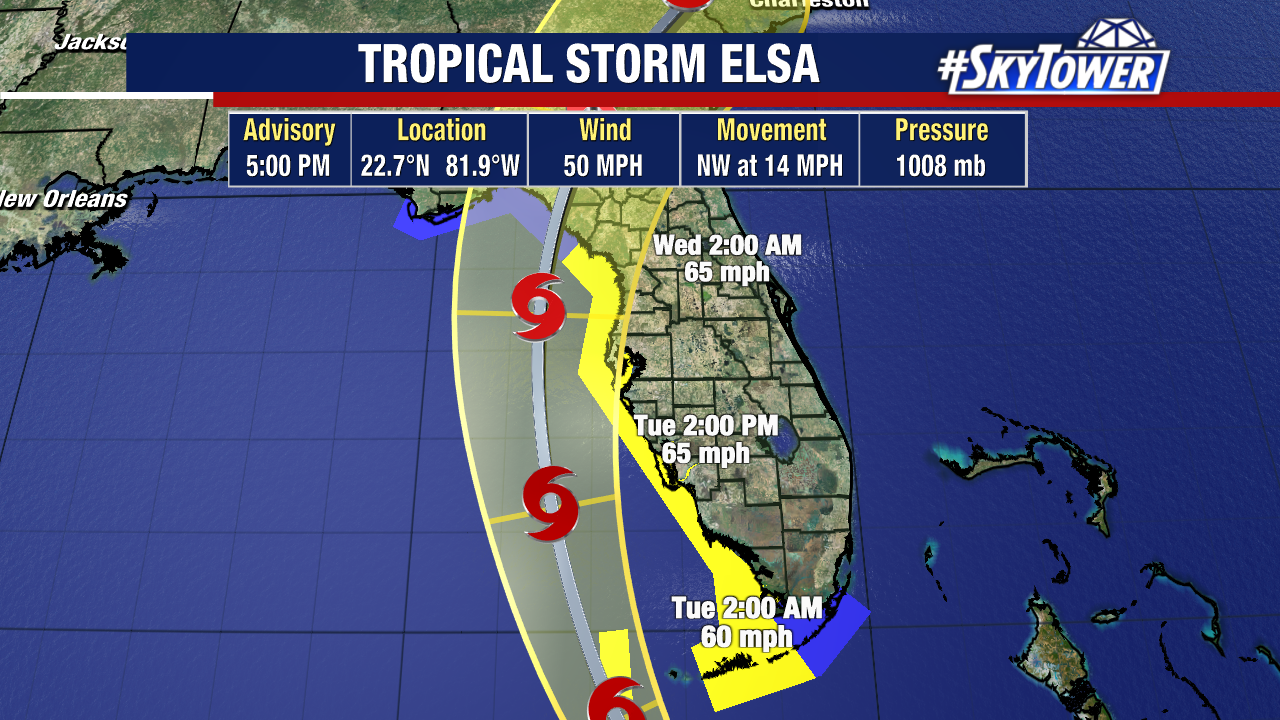 Elsa Moving Into The Gulf Monday Evening; Much Of Florida Will See Impacts Tuesday Into Wednesday

As of 5pm Monday, Tropical Storm Elsa was located about 45 miles southeast of Havana, Cuba and will be moving into the Gulf of Mexico this evening.

While there will be some westerly shear across the eastern Gulf for the storm to deal with, some strengthening is certainly not out of the question. In fact, most model guidance is suggesting some slight strengthening as it moves north. While the chances are slim, it’s not out of the question that Elsa reaches hurricane intensity at some point. Tropical Storm warnings are in effect up and down Florida’s west coast.

There is high forecast confidence that Elsa will track near or just off Florida’s west coast as it moves north. With it being a lopsided system, this will bring the threat for localized heavy rainfall and isolated tornadoes to most of the Florida peninsula. It has been pretty wet around the state recently, so additional heavy rain could bring about areas of freshwater flooding.

While gusty winds will be present in many rain bands, the strongest wind gusts (generally 50-70+ mph) will be confined to areas closest to the coast.

The extent of coastal flooding from storm surge is still a bit in question at this moment, simply because track differences of 40-50 miles can make a big difference in the amount of surge at particular locations. This is due to the angle and duration of onshore flow. At this point, it would be wise for those in coastal areas to be prepared for the possibility of up to 2-4 feet of water above normal tide levels. The tide will be coming in late Wednesday night, which will play a role as well. For those that remember the coastal flooding we had during Tropical Storm Eta last November, this could end up being very similar.

Elsa Moving Into The Gulf Monday Evening; Much Of Florida Will See Impacts Tuesday Into Wednesday