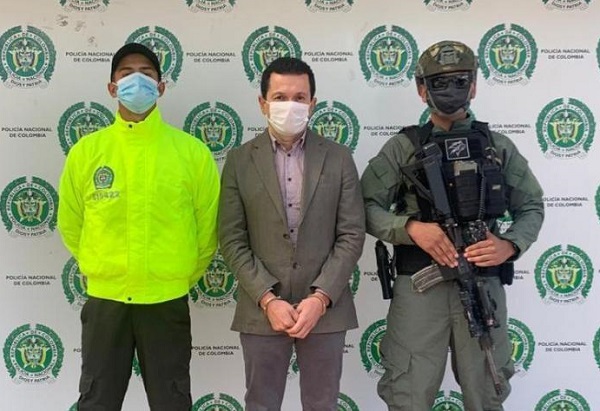 Guillermo León Acevedo Giraldo, one of the world’s most elusive and mysterious drug lords, was arrested In Bogota, Colombia, on Friday. He is considered one of Colombia’s most powerful narco kingpins, yet he managed to fly under the radar for decades, evading arrest, and being known only as “Memo Fantasma”. An in-depth report by journalists from InSight Crime brought him into the spotlight.

That 6-part report, titled The Invisible Drug Lord: Hunting 'The Ghost', was published on March 29, 2020, and told the story behind the individual that had puzzled authorities and investigators. It revealed the man behind “Memo Fantasma” and made him a premier target for law enforcement.

“Memo Fantasma” or “Will the Ghost” had been a well-known presence in the Colombian drug underworld. But it had been impossible to put an identity to the nickname. As InSight Crime reported: “The alias Memo Fantasma has been kicking around the Medellín underworld since the days of Pablo Escobar. He was linked to the Medellín cartel, then its successor organization, the Oficina de Envigado, headed by Don Berna. Many had heard of the alias but nobody appeared to have met him, knew what he looked like, or had an idea of his real name.”

Acevedo Giraldo is alleged to have begun his career working for the Galeano crew in New York City. The group received drugs and would distribute it down the line. When Escobar killed the crew’s leader in 1992, Acevedo Giraldo used the lack of oversight and a recently arrived drug shipment to kickstart his criminal empire.

He returned to Colombia in 1996 and, according to InSight Crime, “joined the Central Bolívar Bloque, one of several parts of the United Self-Defense Forces of Colombia (Autodefensas Unidas de Colombia or AUC), then the world’s largest paramilitary army and cocaine trafficking group.”

By then, he was very adapt at hiding his true identity. By the early 2000s, he was one of the group’s leaders, but when he and seven other top figures signed a letter of intent, as part of the peace deal with the government, Acevedo Giraldo used the alias Sebastián Colmenares. It added another dead-end for investigators looking to untangle his criminal past and present.

While his former colleagues all ended up dead or in prison, Acevedo Giraldo invested his ill-gotten money in legitimate businesses in Europe and South America. He had interests in aviation, cattle ranching, and real estate, selling property to none other than the family real estate business of Marta Lucía Ramírez, Colombia’s current vice president and foreign chancellor.

Acevedo Giraldo had effectively laundered his own identity squeaky clean (or perhaps he had enough influence to make certain people look the other way).

Until the journalists of InSight Crime found out the facts, shared their research with the world, and unleased a tidal wave of his old crimes on his well-crafted clean reputation. Yesterday, Acevedo Giraldo was arrested and charged with money laundering, criminal conspiracy and illicit enrichment.

“Memo Fantasma” is now a ghost in shackles. With his name and face on the frontpage of newspapers and news programs, it will be hard to disappear once more. Not to mention that it is pretty hard to walk through steel prison bars when one is not in fact a ghost.