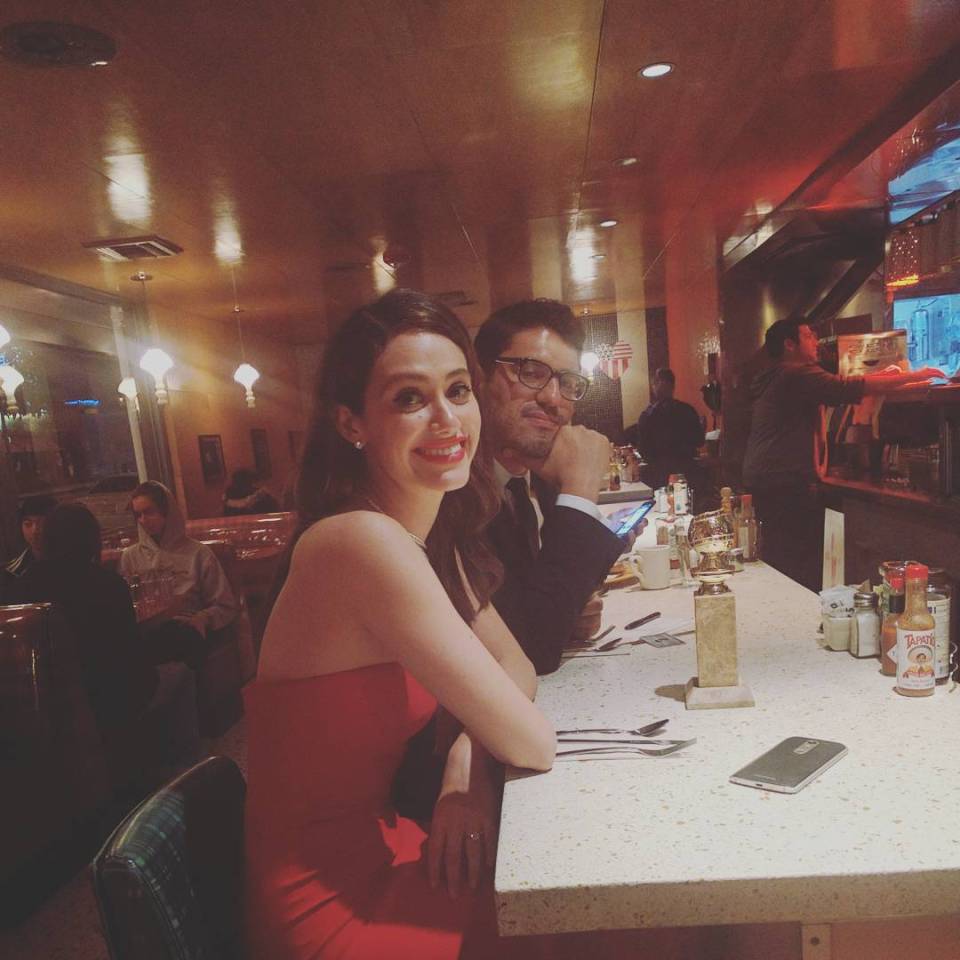 EMMY Rossum has welcomed her first baby girl with husband Sam Esmail and announced the news after a secret pregnancy.

The Shameless actress revealed she gave birth to her first child with the Mr. Robot creator on Tuesday and shocked fans as it was never publicly known she was expecting.

The 34-year-old looked gorgeous in a series of maternity shots she shared on Instagram.

In one black and white photo, Emmy is wearing a white sports bra and unbuttoned jeans – exposing her baby bump.

Another gorgeous snap showed the star appearing to be in pure bliss as her TV mogul hubby grabbed her stomach from behind and gave her a sweet cheek kiss.

She also shared a picture of her little one’s teeny-tiny foot print.

Emmy continued to share snaps from her secret pregnancy in a following Instagram post, which showed the actress balancing on a windowsill as she cradled her baby bump while only wearing a robe.

She captioned the black and white photo: “Two weeks before our daughter was born.”

The new parents became engaged in 2015 after Sam popped the question to the actress after two years of dating.

Rhian Sugden horrified as married fan offers her £200,000 to sleep with him

While explaining how she celebrates Father’s Day, she wrote: “Sometimes, I take my mom to brunch and get her a present, to show her how much I value her.

“She really was both a mother and a father for me.”

Emmy continued” “I don’t like her to know that it still causes me pain — 30 years later — lest she feel somehow that she wasn’t enough. She was always enough. She is enough. She wasn’t perfect, no one is, but for me she was the best mom ever.”

The couple rarely open up about their personal lives[/caption]
Source: thesun.co.uk