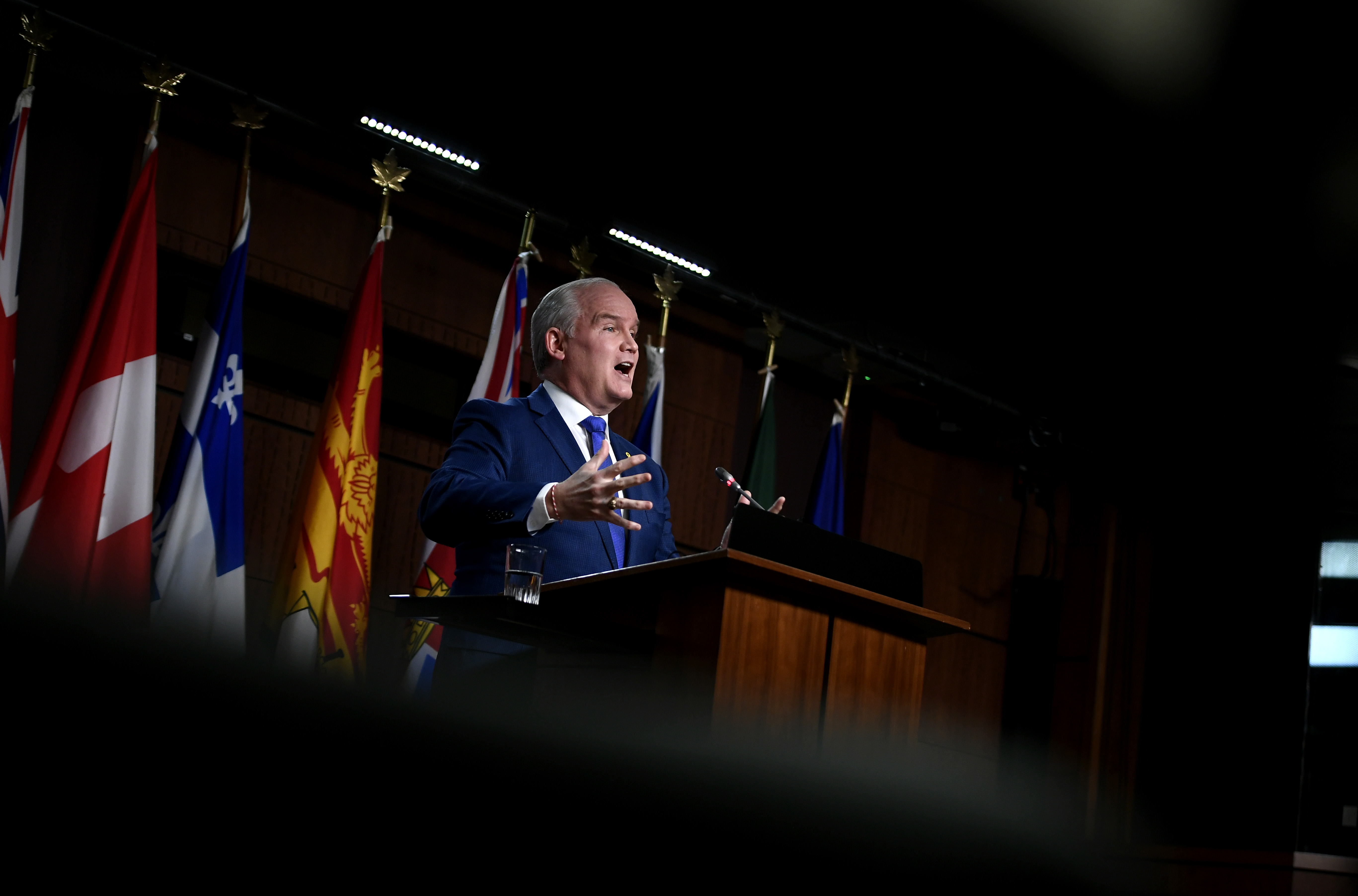 Erin O’Toole is in a desperate struggle to rally enough votes to survive a vote in caucus today, the Globe reports. He and his team are working the phones to stave off an open revolt, which they blame on former leader Andrew Scheer and/or Alberta MP Garnet Genuis. Both sides say they have enough votes to win.

The anti-O’Toole faction says it has 63 of the 119 MPs on its side. Mr. O’Toole’s camp, though, believes it can win a simple majority vote. But some Conservative sources acknowledged that it’s possible MPs are pledging support to both the Leader’s office and the dissidents. Another source said MPs who are sitting on the fence are concerned about who will actually run in a prospective leadership race.

Neither side is backing down. Calgary MP Bob Benzen, who posted a letter Monday calling for a vote on O’Toole’s leadership, complained that O’Toole’s defiant statement Monday night showed that he was “doubling down – launching attacks and threatening ‘consequences’ against any MP who dares dissent.”

The Globe says the likely candidates to serve as interim leader are Candace Bergen, Ed Fast or Gérard Deltell.

Willing to change: Global reports that O’Toole told caucus members that he is open “changing some policies he campaigned on just six months ago — if he survives Wednesday’s vote.”

Mail: 21 former MPs sent an open letter to current MPs asking them to ax the leader.

Ford won’t run: Doug Ford, who is said to want to be prime minister, told reporters he is not interested in O’Toole’s job, the Sun reports.

CPC yahoos: Andrew Coyne dissects the Conservatives’ problems in the Globe, concluding that O’Toole, whatever his shortcomings, is not the problem. The problem is MPs who have made common cause with the grifters and conspiracy theorist on the Hill — “associating the party with known racists, tossing around incendiary rhetoric about other party leaders, indulging in discredited conspiracy theories.” Get rid of them, not O’Toole, he suggests.

Bring on Poilievre: Writing in the Post, former Stephen Harper speechwriter Michael Taube is pulling for Pierre Poilievre to get the job.

I’ve known him since he was an intern in Jason Kenney’s office, and have watched him turn into a political tour de force in this country. He’s intelligent, talented, experienced and media savvy. He has youth on his side, and a young family. He knows how to sell the party and his political brand as well as anyone I’ve seen in recent years.

Mall shut: CTV reports that the Rideau Centre mall will be shut down for a week. Police, who apparently can’t manage to guarantee safety for the biggest mall in the city, did charge two men, the Citizen reports.

Getting tough: Paramedics tell the Citizen they can’t keep it up: “This is definitely an incident the city can’t sustain. Layer COVID on top of it and it’s absolutely not sustainable. When something like this happens, the house of cards starts to crumble.”

Had enough: CBC has a nice story about irritated local three women who faced down the truckers.

Neighbourly: CTV has a nice story about how people are helping neighbours get through the misery.

Enemies of theatre: The Globe reports that the convoy has killed the performance of a one-man play by legendary actor Walter Borden.

Hard to end: Experts tell CBC there is no easy way to bring the city back to normal. York professor Jack Rozdilsky says the police effort to force an end to the demonstration could be rough: “At least initially, having the protesters make the decision to leave on their own accord would be much better for everyone. Using more police force, using heavy equipment, using various crowd control tactics, would move … in the direction of paramilitary action. The types of actions we don’t traditionally see on the streets in Canada.”

Still blocked: Meanwhile in Alberta, the Mounties have begun to move on the truckers blocking the border at Coutts, CTV reports, although they do not seem to have cleared the highway.

But CTV News’ Bill Fortier reported that as some vehicles left from the initial blockade, passenger vehicles and what appeared to be farm vehicles started to arrive and create a secondary blockade. Reporters and cameras observing the situation were moved further back from the area.

-30- CP scribe Joan Bryden, who is hanging up her spurs after 40 years of scoops, was honoured with LEGO.

The post Erin O’Toole is in a desperate struggle to save his leadership appeared first on Macleans.ca.