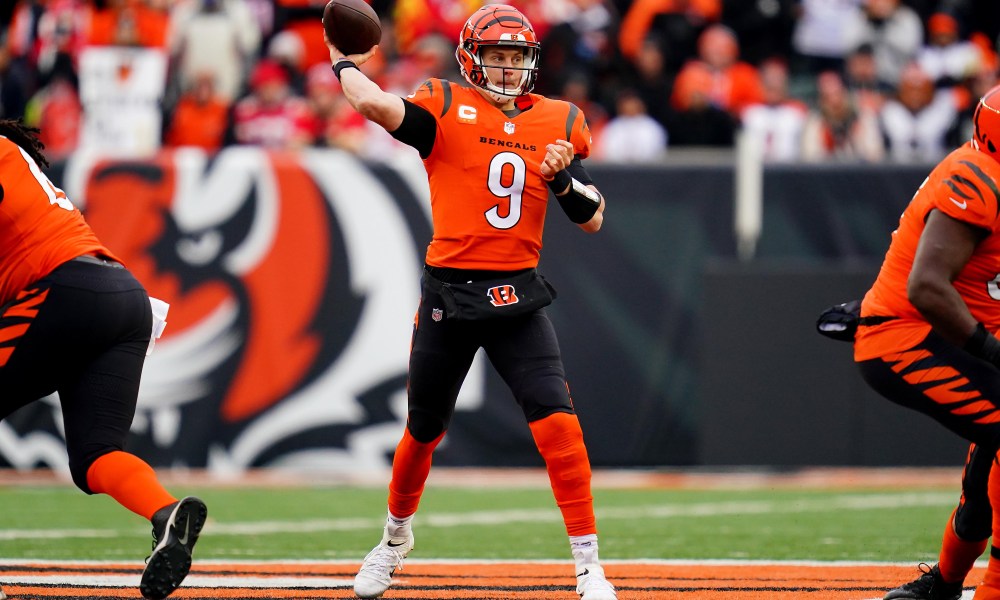 The NFL playoffs kicked off on Saturday afternoon with the Bengals and Raiders leading off the festivities. And so far, it really couldn’t be going any better for Cincy, a franchise notorious for postseason failure. A sterling first half—where the Bengals scored on each of their first four possessions—seemed as if they wanted to exorcise all the demons of Dalton, Palmer, and Esiason’s past.

And they appeared to have a little help from the referees, too.

With Cincy looking to pad a lead during a two-minute drill, Burrow rolled to his right and fired a dart to Tyler Boyd in the end zone. There was just one problem: An official on the sideline blew his whistle early because he thought Burrow stepped out of bounds before he threw the ball.

Here’s another angle, in slo-mo glory (or agony, if you’re a Raiders fan).

While the replay shows that Burrow was clearly in-bounds, and thus the play (and touchdown) would count under normal circumstances, the rules are not as kind. And rules are rules.

As dug up by ESPN’s Kevin Seifert, the official NFL rulebook states that if a pass is in the air and a whistle happens to go off, the play should be blown dead, no questions asked. NBC’s Mike Tirico also confirmed on air that “by rule, they cannot have a touchdown on that play.”

"when an official sounds the whistle erroneously while the ball is still in play, the ball becomes dead immediately" pic.twitter.com/bN2VeH1r7m

Uh, that did not happen. While there may have been a second or third thought about the decision, the officiating crew gave the Bengals the touchdown anyway. A ruling that might prove to be pivotal in a neck-and-neck game.

With the touchdown, the Bengals’ spread moved to -16.5, and their moneyline jumped to -2500, at Tipico Sportsbook .

While there’s still a lot of ballgame to go, relevant bettors, and Raiders fans everywhere, have a bone to pick with the officials. Especially as the Over/Under 48.5 comes into play.

Gannett may earn revenue from Tipico for audience referrals to betting services. Tipico has no influence over nor are any such revenues in any way dependent on or linked to the newsrooms or news coverage. See Tipico.com for Terms and Conditions. 21+ only. Gambling problem? Call 1-800-GAMBLER (NJ), 1-800-522-4700 (CO). 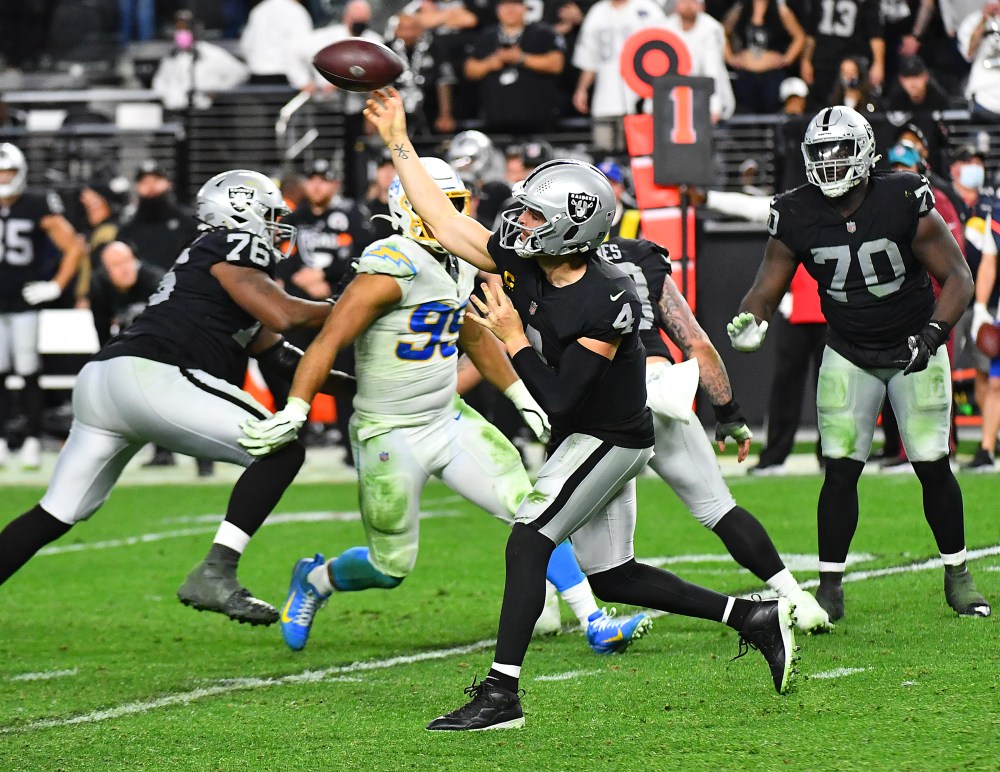