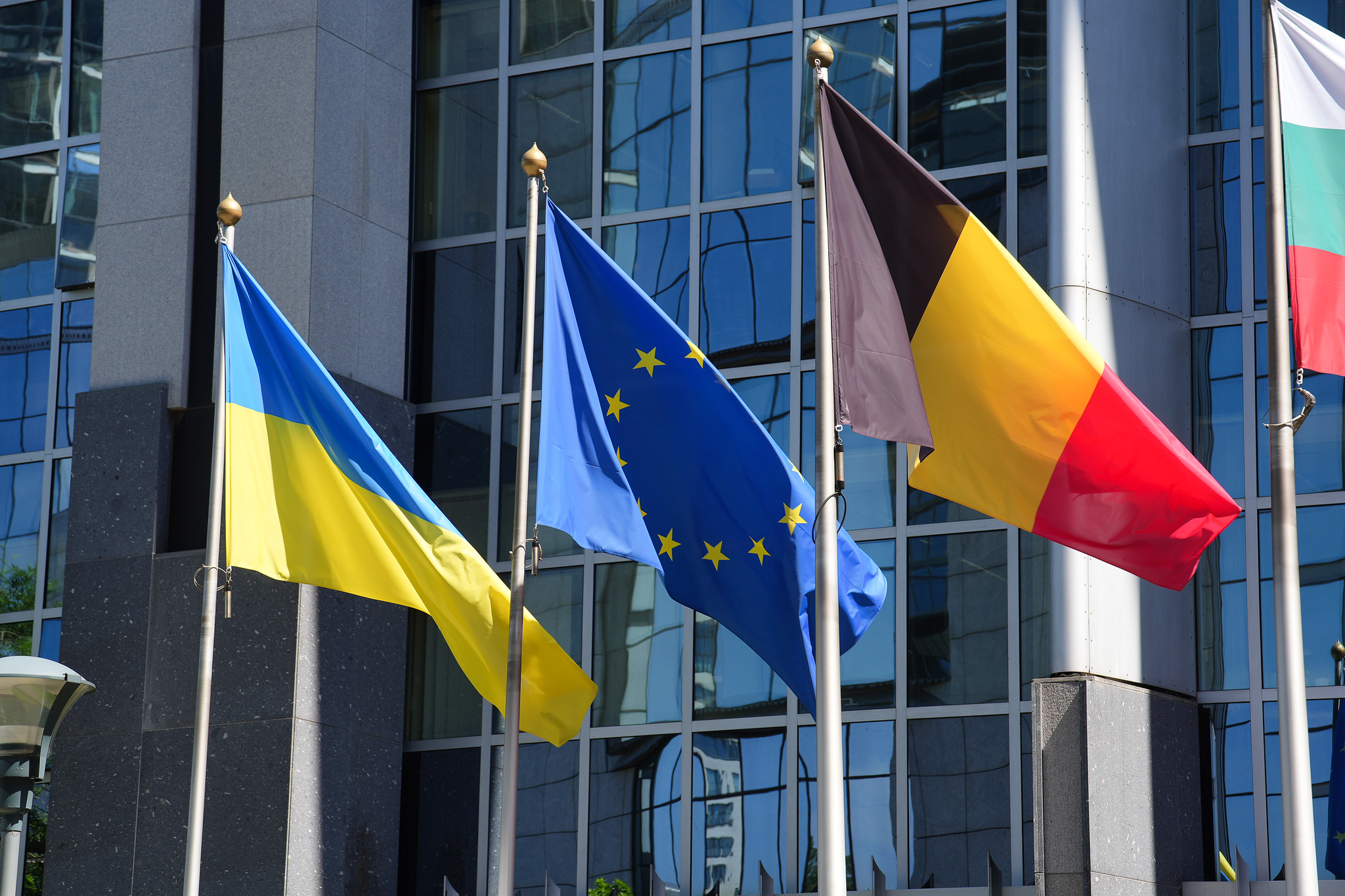 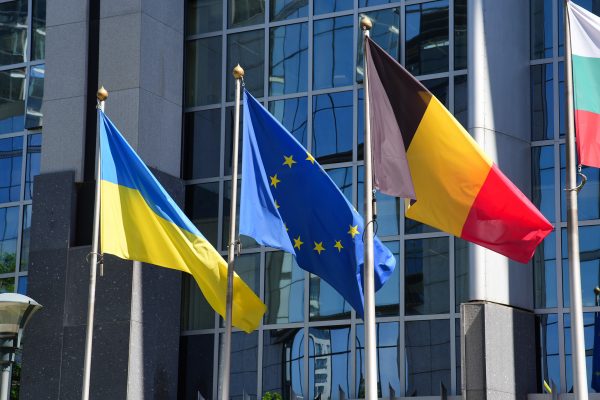 You can read all of our coverage of Russia’s invasion of Ukraine, including explainers and articles offering context and background information here.

Leaders of the European Union on Thursday decided to make Ukraine and Moldova official candidates for membership of the bloc. European Council President Charles Michel made the announcement after discussions among leaders of the EU’s 27 member states. Ukrainian President Volodymyr Zelensky welcomed the decision, calling it “a unique and historic moment” in relations with the bloc. “Ukraine’s future is in the EU,” he said.

Russian forces reportedly captured the settlements of Loskutivka and Rai-Oleksandrivka south of Ukraine’s twin eastern cities of Lysychansk and Sievierodonetsk on Wednesday. The cities have been the focus of the Russian offensive in the region for the past few weeks. Ukrainian forces continue the defence of Sievierodonetsk and the nearby settlements of Zolote and Vovchoyrovka, Luhansk governor Serhiy Haidai said.

Ukraine’s president, Volodymyr Zelensky said on Thursday that he believes Russia is attempting to destroy cities in the eastern Donbas region in the same way they did in Mariupol. “In Donbas there are massive air and artillery strikes,” he said. “The goal of the occupiers in this direction remains the same – they want to destroy the whole Donbas step by step. Entire.”

British intelligence predicts that Russia’s momentum will slow over the next few months. “Our defence intelligence service believes, however, that in the next few months, Russia could come to a point at which there is no longer any forward momentum because it has exhausted its resources,” British prime minister, Boris Johnson, told reporters on Thursday.

Ukraine has played down the chances of reaching an agreement with Russia that could allow blocked grain shipments to start sailing across the Black Sea. Ukraine’s foreign ministry spokesperson, Oleg Nikolenko, said on Wednesday that Kyiv welcomed efforts by the UN’s secretary general, António Guterres, to unblock grain exports from Ukrainian seaports, but that no concrete agreements on holding talks with Ukraine, Russia, Turkey and UN have been reached so far. “Security remains a key element of Ukraine’s position,” he said.

Europe needs to prepare immediately for Russia to turn off all gas exports to the region this winter, according to the head of the International Energy Agency, Fatih Birol. On Thursday he called on governments to work on reducing demand and keeping nuclear power plants open.

After more than a decade of advocacy by women’s rights groups, and amid the conflict with Russia, Ukraine’s parliament took an important step on Monday in combating violence against women and girls in approving ratification of the Council of Europe Convention on Preventing and Combating Domestic Violence and Violence against Women, known as the Istanbul Convention. The convention establishes legally binding standards for governments to prevent violence against all women and girls, to support survivors, and to hold abusers to account. Like all human rights treaties, it also applies during armed conflict. Its implementation in Ukraine could not be more urgent.

The Bulgarian government collapsed on Wednesday in a no-confidence vote in parliament, throwing the European Union country into political turmoil amid the war in Ukraine and surging inflation. Opposition lawmakers toppled the government of the prime minister, Kiril Petkov – which took power six months ago – by 123-116 in a vote after the ruling coalition lost its majority over disputes on budget spending and whether Bulgaria should unlock North Macedonia’s EU accession. Petkov has taken a strong pro-European and pro-NATO position since Russia invaded Ukraine, an unusual stance for a country with a traditionally friendly attitude toward Moscow. Analysts predict that a new government would bring a more neutral policy toward Russia.

Estonia would be wiped off the map and the historic centre of its capital city razed to the ground under current Nato plans to defend the country from any Russian attack, according to its prime minister. Kaja Kallas told reporters on Wednesday that the alliance’s existing defence plans for the three Baltic states was to allow them to be overrun before liberating them after 180 days.

Russia warned Lithuania on Tuesday that it would face measures of a “serious negative impact” for blocking some shipments by rail to Moscow’s Baltic Sea enclave of Kaliningrad, in its latest dispute over Western sanctions imposed on the country for the war in Ukraine. Kaliningrad, a Russian city situated between Poland and Lithuania with nearly a million residents, is connected to the rest of Russia by a rail link through EU- and NATO-member Lithuania. Lithuania has shut the route for transport of steel and other ferrous metals, which it says it is required to do under EU sanctions that took effect on Saturday.

Estonia said on Tuesday that a Russian border guard helicopter violated the airspace of the Baltic nation over the weekend, and Russia’s ambassador was summoned and given a note over the incident. Estonia’s military said in a statement that the Russian MI-8 helicopter entered the country’s airspace in southeastern Estonia in the Koidula area — not far from the Russian city of Pskov — without permission on Saturday evening. The helicopter was in Estonia’s airspace for almost two minutes, Estonia’s military said, adding that it hadn’t presented a flight plan, had its transponder switched off and failed to maintain radio contact with Estonian Air Navigation Services.

Jarosław Kaczyński has quit the Polish government in order to focus fully on helping the ruling Law and Justice (PiS) party that he leads “regain its verve” ahead of parliamentary elections scheduled for autumn next year. Though he formally only held the role of deputy prime minister, Kaczyński is widely acknowledged as the most powerful figure in Poland’s national-conservative United Right (Zjednoczona Prawica) ruling coalition. Kaczyński will be replaced as deputy prime minister by Mariusz Błaszczak, the defence minister, who will also retain his current brief. The other three current deputy prime ministers – Piotr Gliński, Henryk Kowalczyk and Jacek Sasin – remain in place.

At least 60,000 people took to the streets of the Georgian capital, Tbilisi, on Monday night to protest the decision by the European Commission to defer Georgia’s EU member candidacy status while giving the go-ahead for Ukraine and Moldova. The rally was organised by a pro-democracy activist group known as the Shame Movement and backed by opposition parties. The organisers said Georgia’s decision to apply for EU membership, enshrined in the country’s constitution, was “historic” and represented the hopes of generations of Georgians.

German carmaker Audi’s Hungarian unit will invest 120 billion forints (320.2 million US dollars) to ramp up electric engine production at its factory in western Hungary, Foreign Minister Péter Szijjártó said on Tuesday. Szijjártó said Audi, which earlier said it could substantially boost output at the plant, would start manufacturing the new engines from 2025, adding 500 jobs at the plant, which Audi says is the world’s biggest engine factory.

Croatia plans to expand the capacity of its floating LNG import terminal at the island of Krk to 6.1 Bcm/year, Prime Minister Andrej Plenković said on Monday, in order for Croatia to play a more regional gas supply role. The terminal – whose capacity has already been increased to 2.9 Bcm/year – began operations in January 2021 with a capacity of 2.6 Bcm/year and is the first LNG import facility to serve the Balkan region directly.