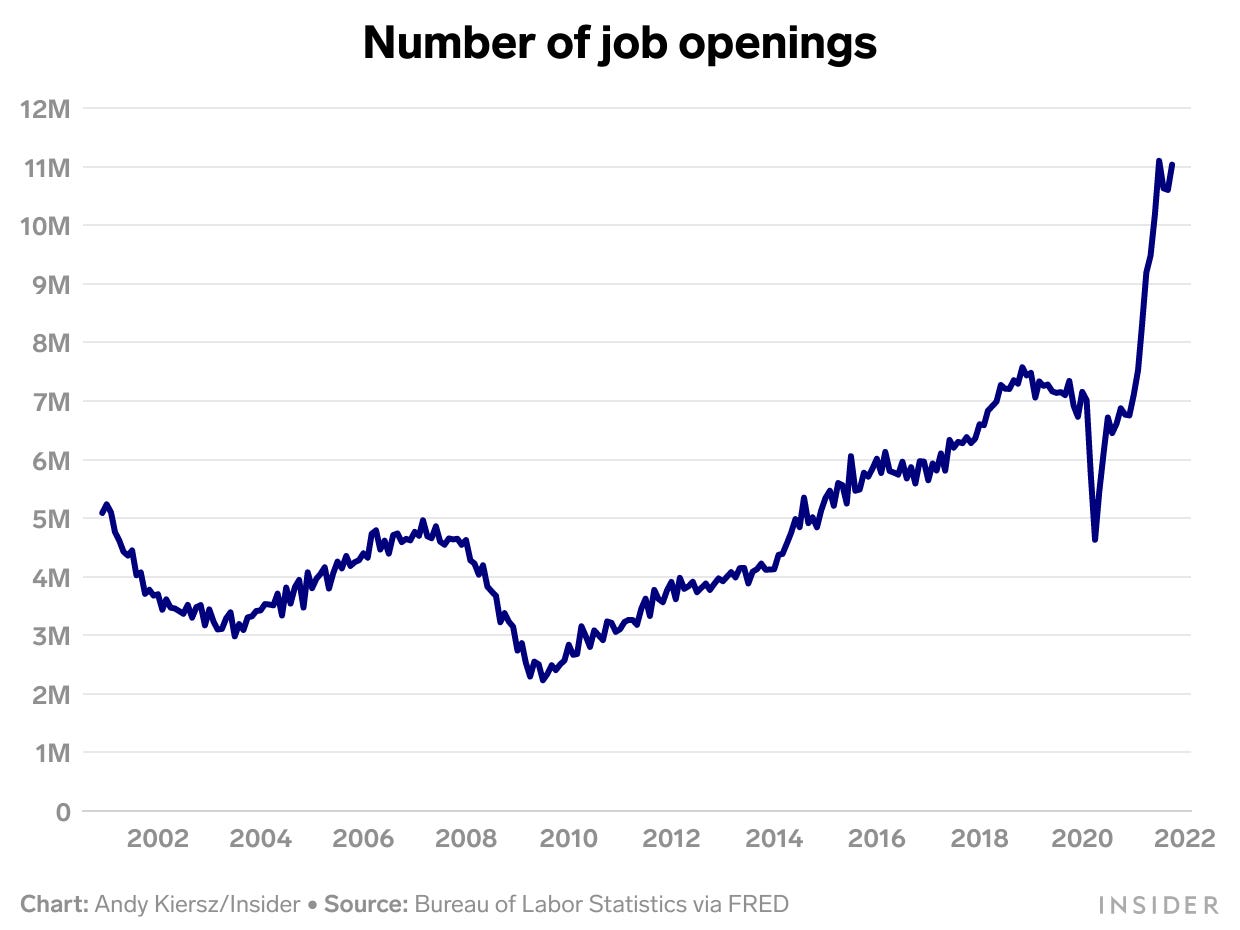 US openings rose to 11 million from 10.4 million in October, according to Job Openings and Labor Turnover Survey, or JOLTS, data published Wednesday. Economists surveyed by Bloomberg expected openings to climb to 10.5 million. That means October's figure is just shy of the all-time record of 11.1 million openings, from July.

The report suggests the labor market remained unusually tight with millions still out of work compared to early 2020. US job growth sharply accelerated in October as the Delta wave faded and companies ramped up their holiday hiring efforts. But while payroll creation surged, the latest JOLTS data shows job openings still sitting close to record highs.

Hotels and restaurants posted 254,000 openings in October, more than any other sector. Nondurable goods manufacturers followed with 45,000 new postings, and education services listed 42,000 new positions. Openings slid by 115,000 across state and local government roles excluding education, according to the report.

Fewer employees quit their jobs than in the month prior, but just barely. Quits fell to 4.2 million in October, according to the report. That's down from the record 4.4 million quits seen in September, but it's still the third-highest quit number ever.

Quitting was most prevalent in the transportation, warehousing, and utilities sector, with such businesses losing 57,000 workers through the month. The print is a bleak sign of how the supply-chain crisis is progressing. Worker shortages at warehouses and trucking businesses have presented major hurdles to getting products delivered from ports. Should quitting intensify in the sector, the bottlenecks could worsen going into the spending-heavy holiday season.