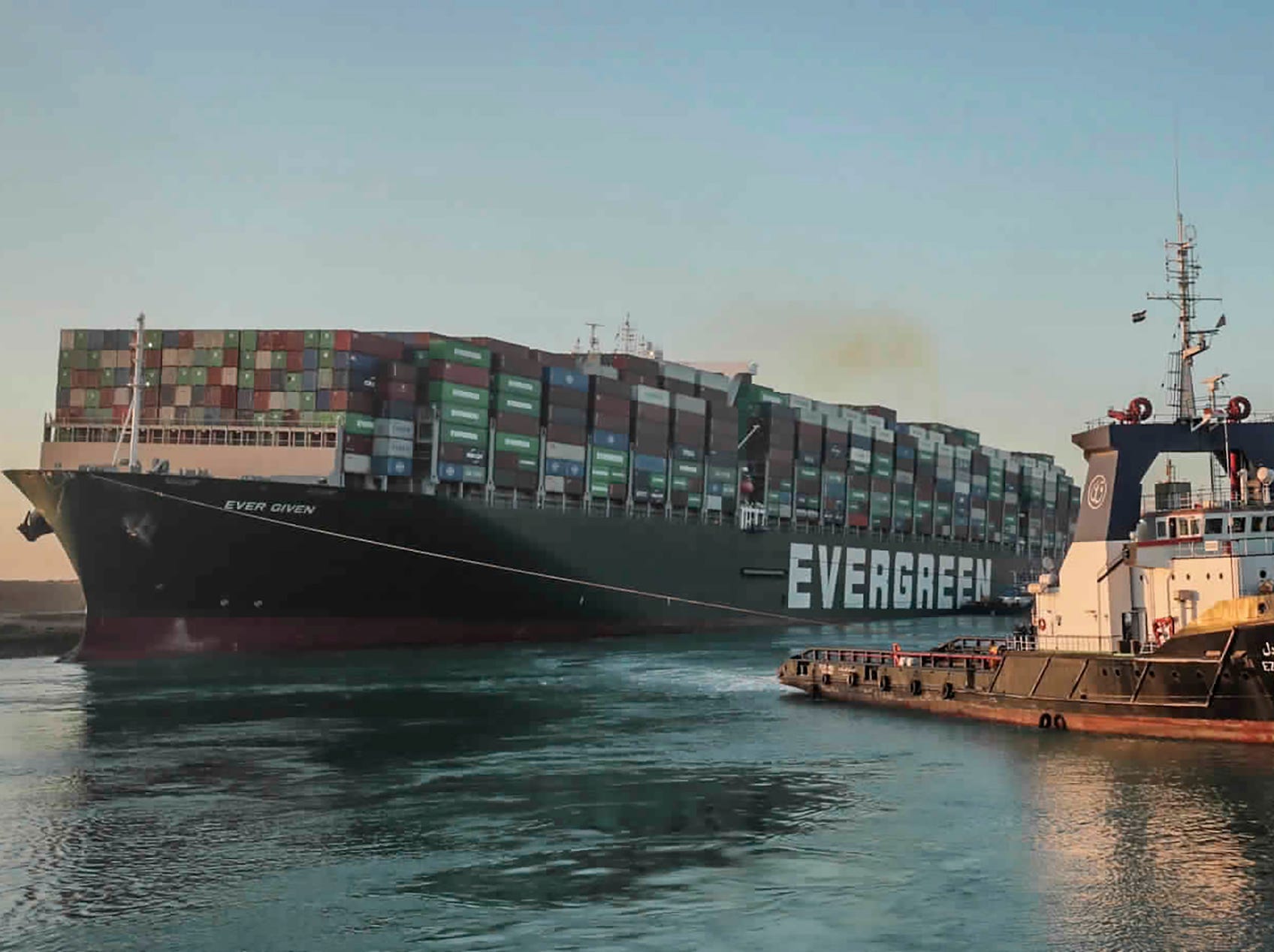 Ever Given's parent company Evergreen has reportedly doled out massive bonuses to some employees, despite its Suez Canal troubles earlier this year

Taiwanese container shipping company Evergreen Marine has reportedly dished out year-end bonuses totaling some 40 months of salary to some employees.

The generous bonuses came in a bumper year for shipping despite Evergreen's troubles earlier this year when a giant container ship it chartered — the Ever Given —was stuck in the Suez Canal, disrupting already strained global shipping routes.

A couple who have worked at Evergreen for more than a decade told China Times that they received a combined NT$5 million ($180,100) in year-end bonuses. They each earned a basic salary of NT$60,000 ($2,100) a month, so the bonus works out to about 42 months in monthly wages.

The payouts are on the back of Evergreen reporting a net profit of NT$158.27 billion ($5.7 billion) for the first three quarters of 2021, according to its latest quarterly report. That's an increase of over 1300% from a year ago. Net profit also hit a record high in the third quarter.

The Ever Given was freed after six days but remained floating in the canal for several months while a financial settlement between the Suez Canal Authority and Ever Given's owner, Shoei Kisen Kaisha, was disputed. According to the International Chamber of Shipping, the stuck ship cost $5.1 billion in trade a day.

In April, Shoei Kisen Kaisha filed a lawsuit against Evergreen in a move to limit potential damages.

For its part, Evergreen said in a first-quarter report this year that "the shipowner is responsible for the safety and management of the ship, any loss or damage to the hull and third party property (including cargo) caused by the incident."

The world has been rocked by a shipping and supply chain crisis this year as recovering demand outstrips supply in an ongoing pandemic.

According to Freightos, container freight rates are up well over 200% from a year ago.

Evergreen did not immediately respond to Insider's request for comment, but said worker bonuses were based on the company's and employees' performance, according to Liberty Times. It also didn't comment on individual bonuses.

Evergreen is not the only major shipper to dole out year-end bonuses for employees this year on the back of the shipping boom. Global shipping company Maersk also gave 80,000 employees $1,000 each on record profits this year.

Ever Given's parent company Evergreen has reportedly doled out massive bonuses to some employees, despite its Suez Canal troubles earlier this year