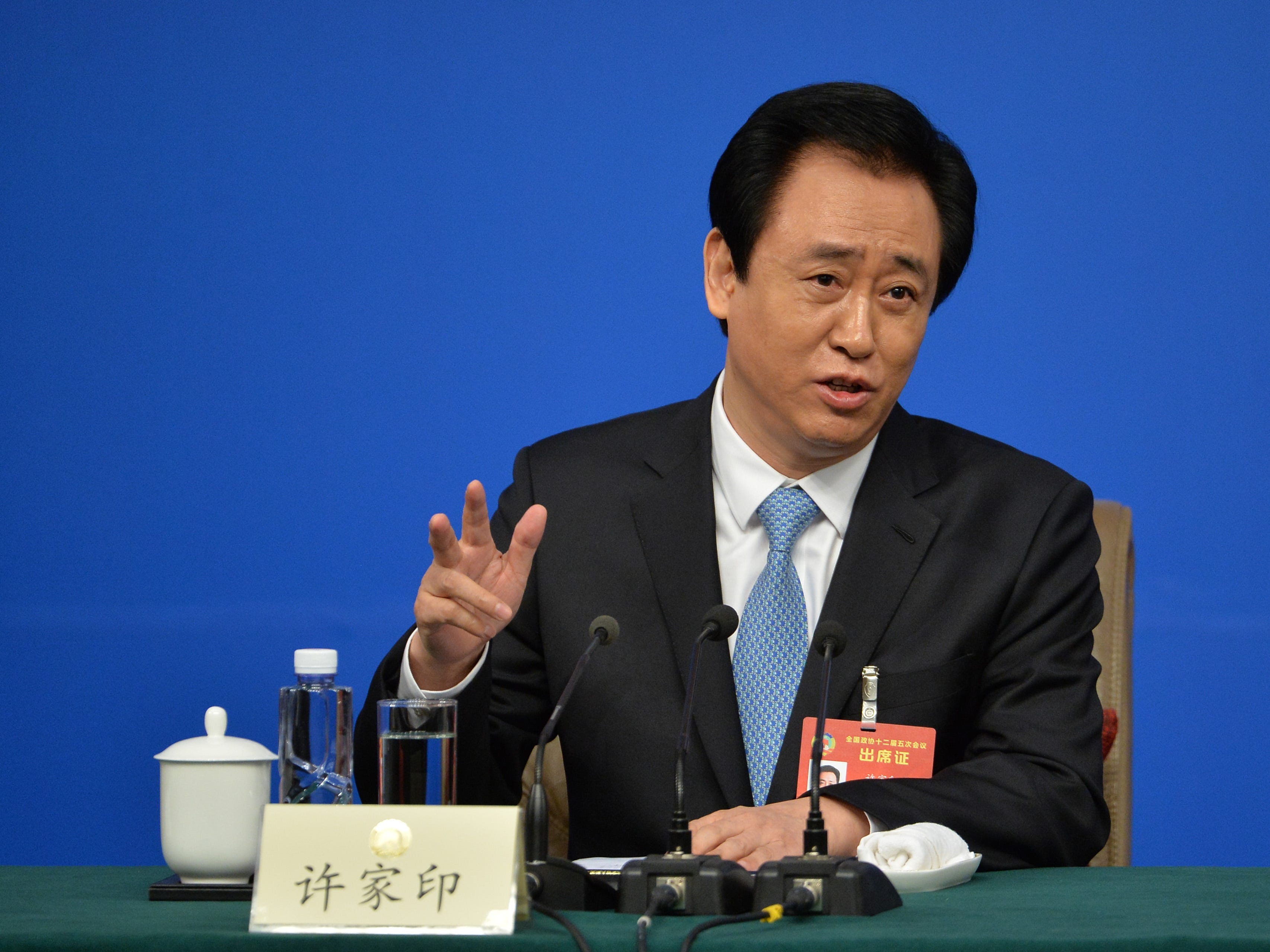 It hasn't been a good year for China Evergrande chairman Hui Ka Yan.

Not only is the company he founded grappling with $300 billion worth of debt, but his personal wealth has also fallen to the tune of $17.2 billion over the last 12 months, sending his net worth plummeting to $6.1 billion, according to the Bloomberg Billionaires Index. That's a big step down for the businessman, who was worth $42 billion in 2017.

Hui's losses are among the most extreme suffered by China's property's tycoons, which total $46 billion collectively, according to Bloomberg.

Hui's fortune has shrunk in part due to a plunge in Evergrande's share price, which has fallen about 90% year-to-date.

Shenzhen-headquartered Evergrande is the world's most indebted developer, and its troubles are worrying global investors who fear its collapse could send the rest of the sector — and possibly the rest of the world — into crisis.

The company's debt crisis has already cost its billionaire founder and chairman personally. Hui has reportedly been selling and pledging personal assets to keep the company going after Chinese authorities instructed him to use his own money to pay down company debt, unnamed sources told Bloomberg in October.

In November, China Business News reported Hui used $1.1 billion of his personal wealth to pay down company debt. Hui has also pledged two luxury properties in Hong Kong and sold art and calligraphy from his collection to raise funds, according to Reuters. Last week, he was forced to sell 277.8 million pledged shares in the company after an unnamed third party enforced a "security interest" in them.

Several other Chinese property developers have also been personally hit by investor concerns over a cash crunch in the sector.

Shimao — one of China's top 10 developers in 2020 — also saw share and bond prices plunging, sending the fortune of its founder, Hui Wing Mau's, down by more than half this year to $4.4 billion, according to Bloomberg. Wanda chairman Wang Jianlin, started off the year worth more than $15 billion and ended it down $6.8 billion according to the Bloomberg Billionaires Index.