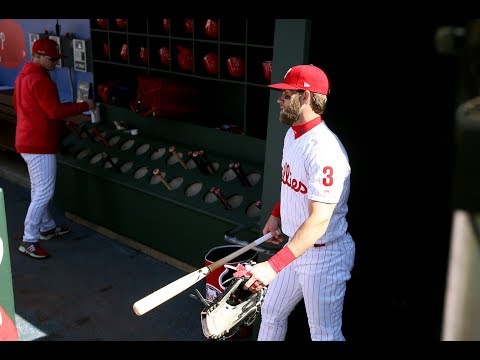 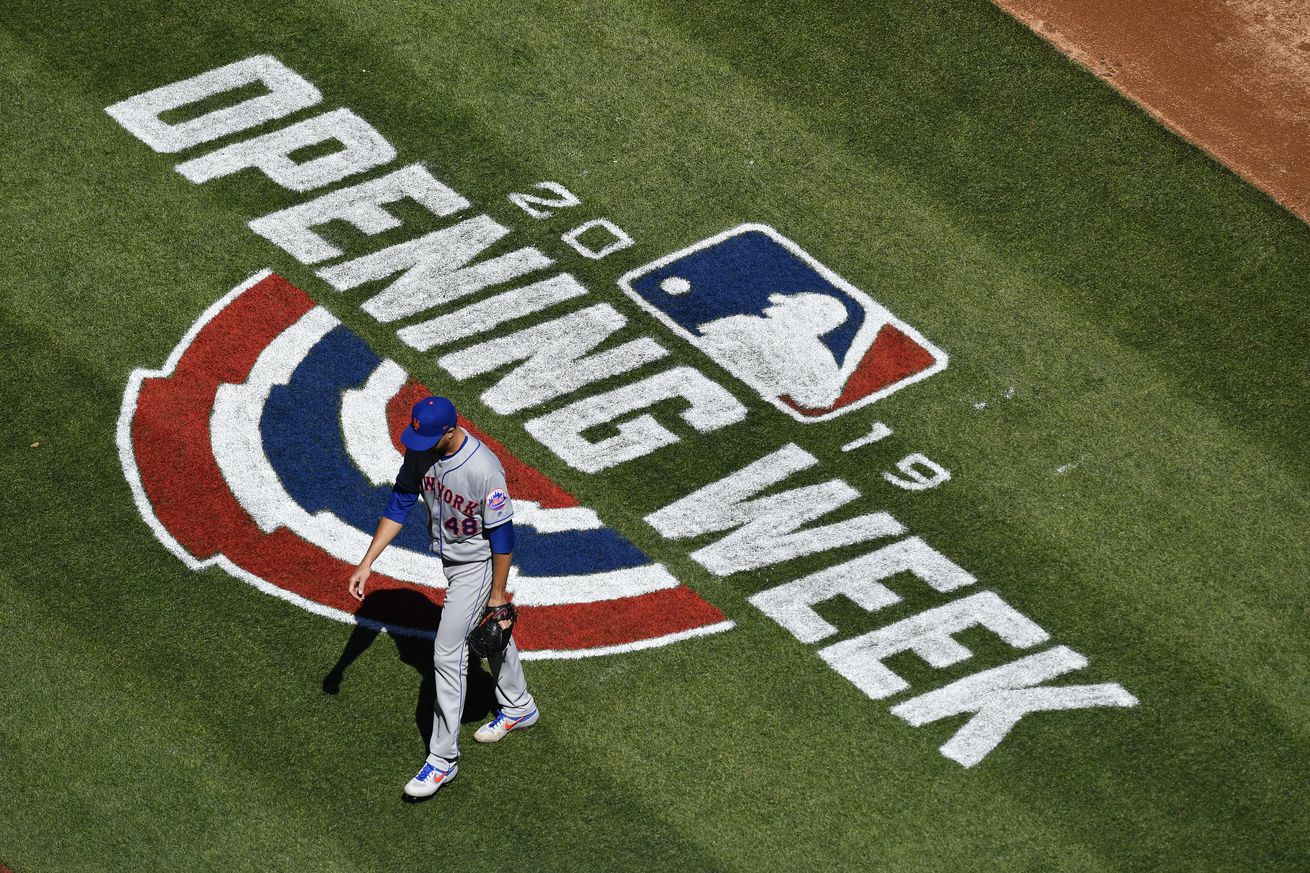 Pitching duels galore, a home run record, and various debuts on the first day of 2019.

We had a full slate of games on Opening Day, with the weather cooperating everywhere but in Kansas City, where rain delayed White Sox-Royals. Here are some first 2019 thoughts for every major league team on Thursday.

Stop me if you’ve heard this before, but Jacob deGrom had paltry run support from the Mets, but he carried over his 2018 brilliance into Thursday with 10 strikeouts over six scoreless innings. Robinson Cano made a great first impression at Nationals Park with a home run in his first at-bat.

Max Scherzer gave up that home run to Cano but was otherwise brilliant, pitching into the eighth inning while striking out 12. He suffered the loss.

St. Louis had a chance to tie things up in Milwaukee when Jose Martinez blasted a potential game-tying home run with two outs in the ninth inning. But Lorenzo Cain had other ideas. Game over.

The Dodgers set a major league record with eight home runs on Opening Day. No other team ever had more than six. Joc Pederson and Kiké Hernandez each homered twice. On the mound Hyun-jin Ryu struck out eight and walked none in six strong innings, allowing only one run. He was the first non-Clayton Kershaw pitcher to start Opening Day for the Dodgers since Vicente Padilla in 2010.

It is only Opening Day but Seattle is already 3-0, thanks to their two game sweep of the A’s a week ago in Japan. Tim Beckham has a head start on everybody, with two more home runs against the Red Sox on Thursday. Beckham is hitting a mere .583 (7-for-12) with three home runs

Newly minted $330 million man Bryce Harper made his Phillies debut in style with a pretty sweet Phanatic/Gritty shirt, but then suffered the wrath of Philadelphia fans just three at-bats into his tenure with the team. Welcome to the City of Brotherly Love!

Jordan Zimmermann retired the first 20 batters he faced, though his bid at perfection was halted with an infield single by Teoscar Hernandez with two outs in the seventh. Bob Feller remains the only pitcher in major league history to pitch a no-hitter on Opening Day (1940).

Speaking of Cleveland pitching greats, Corey Kluber had a gem of his own and took a no-hitter into the sixth in Minnesota. The Indians may have lost the game, but they won the Twitter battle.

We just got to Target Field and we're afraid that we're going to leave with a bunch of stuff we didn't come here for. pic.twitter.com/1HRTiGZJ2H

Cleveland-Minnesota was the second-best pitching duel of the day, with Jose Berrios matching Kluber pitch for pitch, striking out nine while allowing just one hit in seven innings to earn the win.

Indians-Twins was only second best because Marcus Stroman pitched seven scoreless frames of his own for Toronto, matching Zimmermann in a game that was scoreless until the 10th.

Houston was already loaded with talent, but added more with newcomer Michael Brantley, who homered and singled on Thursday.

Blake Snell got roughed up for five runs against Houston, but the reigning American League Cy Young Award winner was part of a major league first. Snell faced off against Justin Verlander, who finished second in last year’s AL Cy Young balloting. Coupled with deGrom against NL No. 2 finisher Scherzer in Washington, this was the first time in history in which the top two Cy Young Award finishers in each league faced each other the next Opening Day.

2019 was a lot like 2018 in this game against Baltimore. New York hits a ton of home runs — setting a major league record with 267 long balls last season — and smashed two on Thursday, including a three-run shot by Luke Voit in the first inning. Since joining the Yankees last July, Voit has a .714 slugging percentage in 149 plate appearances.

Baltimore in 2018 lost 115 games, and they are expected to lose triple digits, or somewhere near it, again in 2019. One loss down, many to come.

Ronald Acuña Jr. singled, walked twice and stole a base to open his second full season, through the Braves lost in Philadelphia.

Mike Fiers rebounded from a clunker in Tokyo a week ago with six scoreless innings against the Angels.

The Halos were shutout with just three hits, but Mike Trout singled and walked so there’s that, at least.

Javy Baez picked up where he left off last year, slamming a pair of home runs in a Chicago rout of the Rangers in the lone interleague matchup on Opening Day.

Texas had an ugly day except for Elvis Andrus, who had three hits including a home run. Andrus was rewarded for using Baby Shark as his at-bat music.

Riddle me this: who hit the first home run of the season for Miami? (It was J.T. Riddle, who hit a solo pinch-hit blast in the sixth inning).

Joey Votto was just 1-for-4 but did you see this shirt?

Corey Dickerson homered. That’s all I got.

Kolten Wong homered twice for St. Louis in the loss.

Fernando Tatis made the Opening Day roster for San Diego, and had two hits in his major league debut. Eric Lauer pitched six scoreless innings for the win.

Madison Bumgarner pitched quite well with nine strikeouts in seven innings, but his two runs allowed were two more than San Francisco scored the entire game.

Chicago was down 5-0 entering the ninth inning in Kansas City but plated three and even put the tying runs on base, but ultimately couldn’t pull off the comeback.

Chris Sale got torched for seven runs in just three innings. He didn’t give up his seventh run of last season until his sixth start.