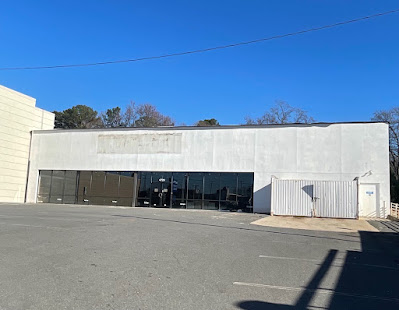 [EXCLUSIVE] DoorDash to Bring Its DashMart to Charlotte

DoorDash, the company known for its delivery of food from restaurants, is diving further into "new verticals" with the expansion of its "DashMart" convenience store concept.  First launched last summer, DashMart locations are effectively mini "final mile" warehouse facilities with a primary focus on convenience store essentials and pantry staples.  ToNeTo Atlanta uncovered plans for a new DashMart in Charlotte with Atlanta no doubt in the company's plans, too.

DashMart stores are not open to the public.  They are essentially ghost warehouses that serve to provide "dashers" with products to be delivered to nearby DoorDash customers.  Locations typically operate daily from 7:30 a.m. to 11 p.m. and carry more than 2,000 grocery and convenience store items, including fresh fruits and vegetables, meat and dairy, pantry staples and household essentials.

"On DashMart, you’ll find thousands of convenience, grocery, and restaurant items, from ice cream and chips, to cough medicine and dog food, to spice rubs and packaged desserts from the local restaurants you love on DoorDash."

After launching DashMart last August in 8 cities, including Chicago, Minneapolis, Columbus, Cincinnati, Dallas, Salt Lake City, the greater Phoenix area, and Redwood City, California, the concept has now been expanded to several other U.S. cities as well as into Canada. 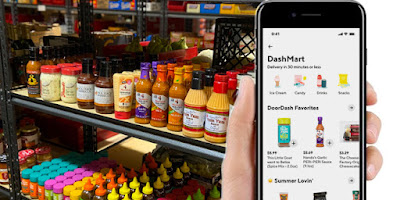 DashMart stores will likely serve to bolster the company's push into so-called "ultra-fast grocery delivery."  DoorDash announced earlier this month that it will be offering ultra-fast grocery delivery with a new service in the Chelsea neighborhood of Manhattan, according to Axios. Customers in the delivery area can order products available in their local DashMart, for a charge of between 99 cents and $1.99, expect to receive them in 10 to 15 minutes. DoorDash will hire full-time employees at $15 per hour plus benefits for the service via a new subsidiary called DashCorp, rather than use their typical contract workers. Employees will carry out deliveries on company-branded e-bikes.

DoorDash is currently looking to hire an "Operations Manager, DashMart - New Verticals" for their DashMart in Charlotte.

Former Pier 1 locations have become popular backfill and redevelopment targets following the retailer's liquidation and closure of all of its 500+ stores last fall.  Freestanding former Pier 1 stores are likely the most appealing given that they are often well located, with good access and ample lot size.  The freestanding former Pier 1 along North Druid Hills Road in DeKalb County is slated to be razed for a new Chick-fil-A, while a former freestanding Pier 1 in Hoover, Alabama was demolished to make way for a new Whataburger.  [Chick-fil-A is also opening new restaurants on the site of former Pier 1 stores in Bakersfield, California, Hot Springs, Arkansas, Clifton Park, New York, and Missoula, Montana]

There are definitely locations in metro Atlanta that align with the concept's size and density needs and it will be interesting to see when and where they decide to open.

Are you a fan of DoorDash?  Would you be a customer of "ultra-fast grocery delivery?"  Where do you think DashMart should open in metro Atlanta?

[EXCLUSIVE] DoorDash to Bring Its DashMart to Charlotte