I’m very excited to say Lost Souls (Soul Charmer #3) is out today. Most of you are aware this is my—Chelsea, the HBIC at VBC—book. This series packs in all my favorite things, which means it makes sense to share it here at VBC. And now with the first major story arc closing (and, yes, there’s another arc coming for books four, five, and six), I’m even more in love.

If you like your books gritty, like your heroine unapologetic, love seeing a heroine grow and gain agency over a series, and are here for a tough, protective hero who will stand by his lady’s side no matter what (and let her make her own damn decisions), the Soul Charmer books are for you.

Lost Souls hits stores today, and if you’re trying to decide if it’s worth the one-click or the quick trip to your local indie, I’ve got a peek at the first chapter below. If you aren’t up to date on the series, you can dive into Borrowed Souls and Rogue Souls. Both are in Kindle Unlimited right now, too, should that be your jam.

Callie Delgado needed to find her mom. She also needed to keep her brother sober. And learn everything she could from the Soul Charmer so she and her boyfriend could put Gem City behind them. But before she could do any of that, she needed to find Benton Dally.

The Fall was the type of bar that reminded Callie of the person she never wanted to be. It was too small, too seedy, too familiar. The kind of joint where her shoes clung to the beer- and blood-battered floor.

Outside the dive bar, Gem City shook with sharp storms cutting through the streets with icy winds and dry snowflakes. She took the three deep steps down and opened the door into The Fall. The sticky humidity of other people’s sweat slapped her. The crossfit gym down the street at least had the courtesy of propping open a door. These patrons didn’t want their activities monitored by anyone—in or out of the bar. Callie was banking on that bad attitude to make this trip quick.

Benton Dally had rented a soul twelve days ago. He’d paid for seven days, the Soul Charmer’s max. Callie hadn’t pushed the extra soul into the man’s body, and she didn’t particularly care about his reasons for bulking up on souls. Lying to his boss, cheating on his wife, stealing cash from convenience stores, talking shit at the bar, whatever. As long as he paid the Soul Charmer for the wares and stuck to a single extra soul at a time, she gave no fucks. She had her own problems, and they wouldn’t be solved by some carte blanche sinning or blurred fingerprints compliments of a rented soul. Unfortunately, Benton bailed on the return process, and now Callie had to take it back. It was one of the less glamorous parts of her apprenticeship with the Soul Charmer. She was part repowoman, part stock assistant, and part backup magician. None of it was resumé filler, but at least she had a wad of twenties in her pocket now.

A steady itch skewered deep between her shoulder blades. Eyes were on her. Digging, begging, assessing. Did they see the Charmer’s apprentice, the woman who had burned the competition, or a twenty-four year old woman with curves and a bad attitude? She hadn’t eaten anything solid in four days. Her head throbbed, her fingers ached, and her stomach continued to grind beneath the puddle of ginger ale she’d tossed back earlier.

She spotted Benton at the bar. He wasn’t much older than Callie, but he wore his years. His cheekbones jutted out over hollowed apples. His blue plaid button-down was rumpled, untucked, and open over a stained white tee. Callie wouldn’t ask if the soul renting or the heroin habit came first, but even from a half dozen paces away she could tell he’d dabbled in both.

Benton was the kind of asshole Callie had grown up with. He might not have gone to high school with her, but she knew the look. He hit the pharmacy at lunch break to buy booze. He talked to too many people. He’d be in a fight by the end of the night if he didn’t pass out inside this desolate bar. A knuckle dug in between her ribs. She could have been Benton if she hadn’t focused on school. If she hadn’t called CPS on her mom. If she’d let her shitty situation drown her. Her Chucks stuck to the floor. The mumbling music from the cheap overhead speakers was loud enough she couldn’t hear the crinkle of each step.

Benton couldn’t hear it either.

Get out of Hell free card? Not for Callie Delgado, Gem City’s newest soul charmer. Sin and salvation collide in this gritty and action-packed urban fantasy.

Callie’s magic is finally her own. She and Derek dispatched Ford. They should have been able to breathe, but layers of sin run deep beneath Gem City. Another mob boss quickly rises, and his sights are firmly set on Callie–and her family.

Mobile soul rental shops begin to bite at the Soul Charmer’s business. His retribution is wicked, but the blowback threatens to crush Callie. If she can’t maintain the tenuous balance of souls in Gem City, more lives will be lost.

Only the more magic she uses, the more danger finds her. A break-in, pools of blood, and bare shelves at the Soul Charmer’s store force Callie to choose the fates of others.

But which can she live with? Losing her city, her love, her family …or her very soul? 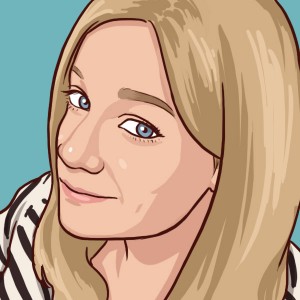