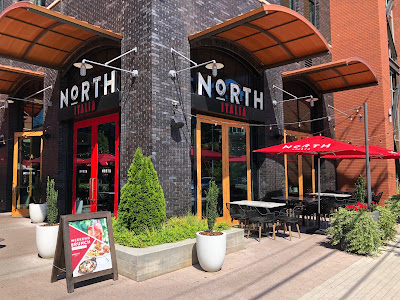 ToNeTo Atlanta has learned that North Italia plans to open what will be a second Atlanta area location.  On the heels of news that the Arizona-based Italian eatery plans to open a location at Lenox Square in Buckhead comes word that they have leased the former California Pizza Kitchen (CPK) at 4600 Ashford Dunwoody Road in Dunwoody.  North plans to renovate the roughly 6,000 square foot freestanding building to suit their needs.

CPK closed last September after initially claiming that they were staying open, and threatening ToNeTo Atlanta with legal action.

The menu at North Italia is centered on fresh-made pizza and pastas but also includes assorted small plates and salads as well as entrée dishes like braised short rib, chicken Parmesan and roasted salmon, among other options, with some items either seasonal or location specific.  North Italia is open for lunch, dinner and weekend brunch with offerings such as glazed Italian doughnut, French toast, and short rib hash, among other menu selections.

Real estate sources have told ToNeTo Atlanta that since at least 2019, North Italia has been looking to enter the Atlanta market.  At one time, the restaurant was linked to City Springs in Sandy Springs where it would have been paired with fellow Fox Concept Flower Child, which did open in the project.

First introduced in Fox's home market of Phoenix in 2002, North has today expanded to 29 locations in twelve states and Washington D.C.  This past March, North opened in Birmingham's The Summit development, and also operates southern locations in Nashville and Franklin, Tennessee, as well as Charlotte, North Carolina. 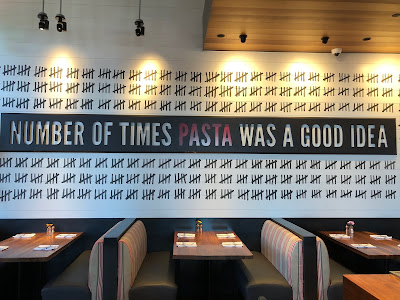 ToNeTo Atlanta visited the Charlotte location this past September and was pleasantly surprised by the experience, especially the white truffle garlic bread.  North Italia should fill the Perimeter area Italian restaurant void left in 2017 when Brio Tuscan Grille closed and also the pizza void when CPK closed.

North Italia's Dunwoody location, like its Buckhead outpost, will put it within close proximity of parent concept The Cheesecake Factory, which has an existing restaurant at nearby Perimeter Mall.

Are you excited for the opening of North Italia in Atlanta?  Have you ever been to North Italia?  If North Italia continues to expand in metro Atlanta, where would you like to see them open next?