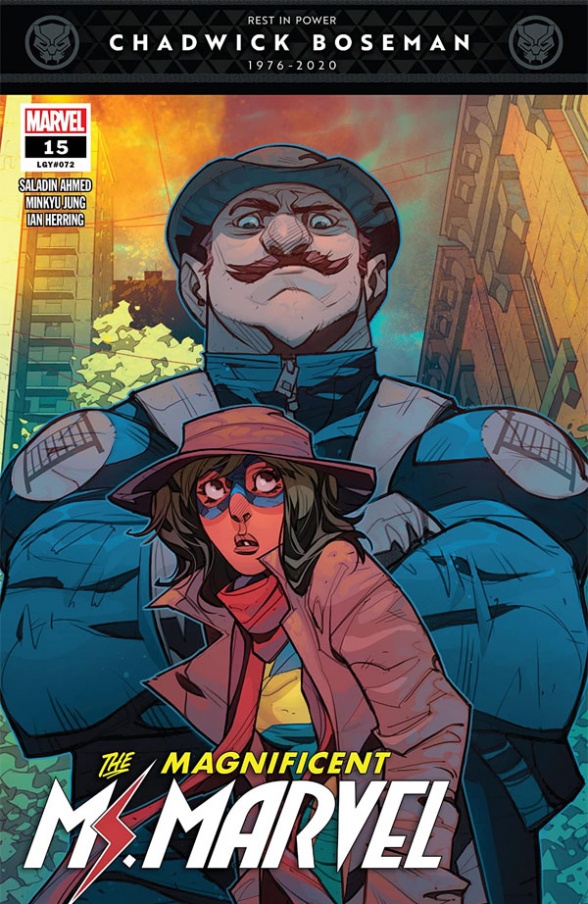 It’s been an exciting month to be a Ms. Marvel fan, between yesterday’s reports that newcomer Iman Vellani will play the role in the Disney+ series, and her starring role in the Avengers game. However, it’s not been as rosy for the canon Kamala Khan, who’s inadvertently become the face of a law she despises, while her alter-ego has turned into public enemy one following “Outlawed.” We are pleased to present an exclusive preview of next week’s “Magnificent Ms. Marvel” #15, written by Saladin Ahmed with art by Minkyu Jung.

The anti-teen-hero task force, C.R.A.D.L.E., is scouring Jersey City to apprehend its young protector, Ms. Marvel. But C.R.A.D.L.E. isn’t the only problem on Kamala’s plate – several of her family members support the new law, and if they discover her secret identity, it’s game over for Ms. Marvel.

Thanks to Marvel for the preview, and make sure to pick up the book – either safely in a store, or digitally – next week! 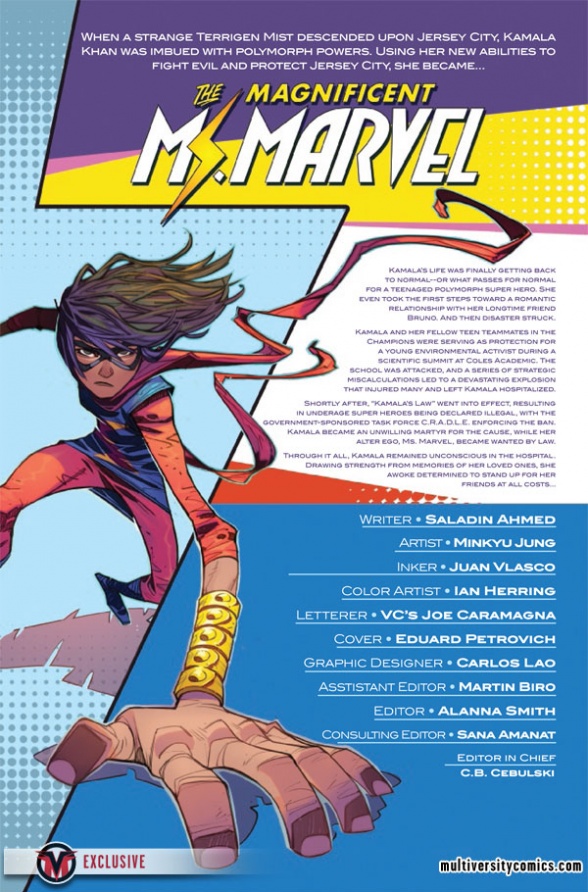 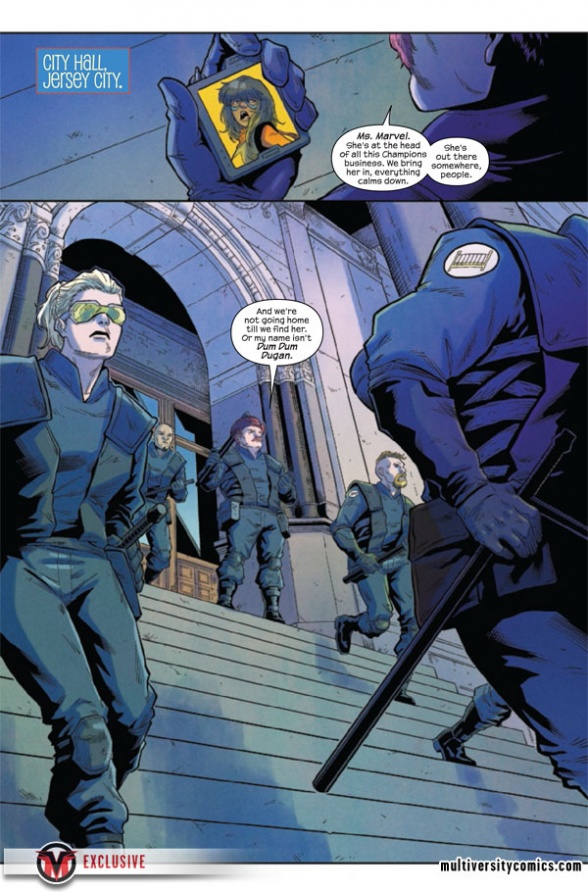 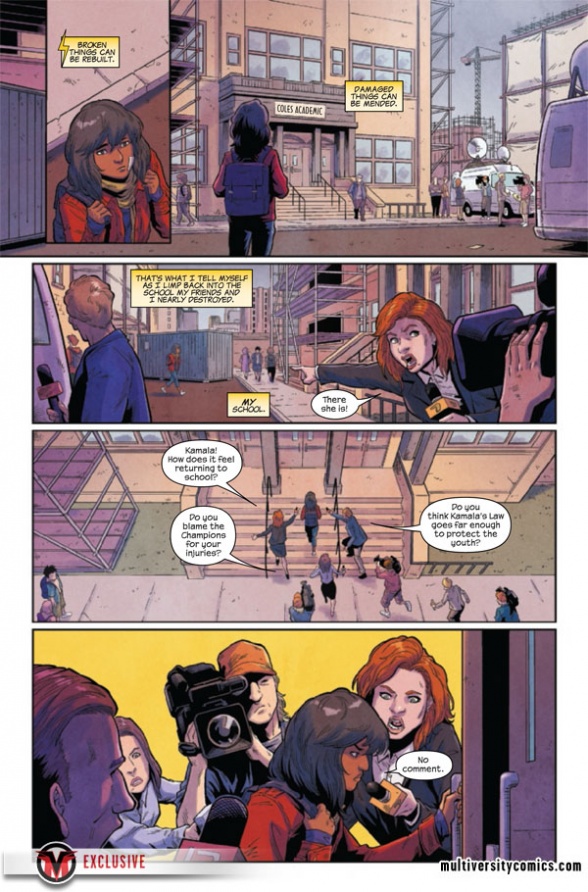 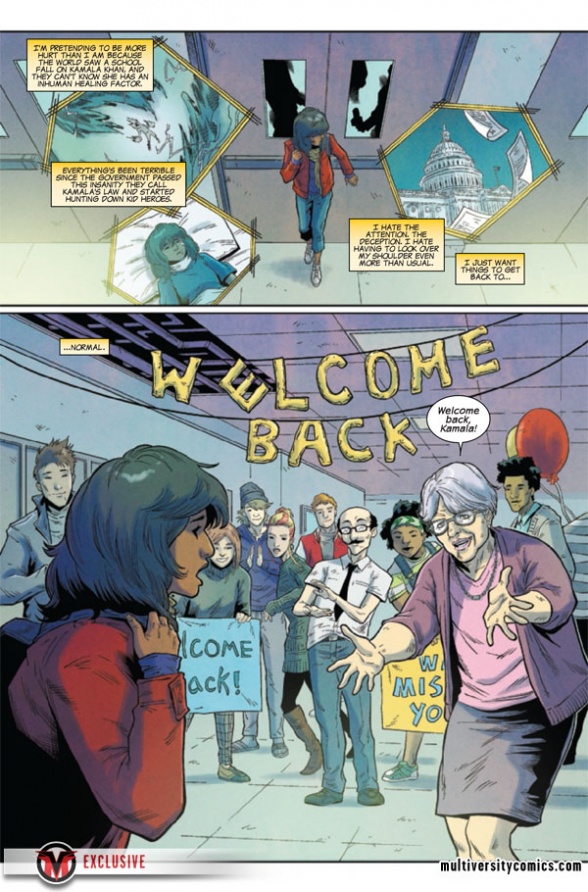 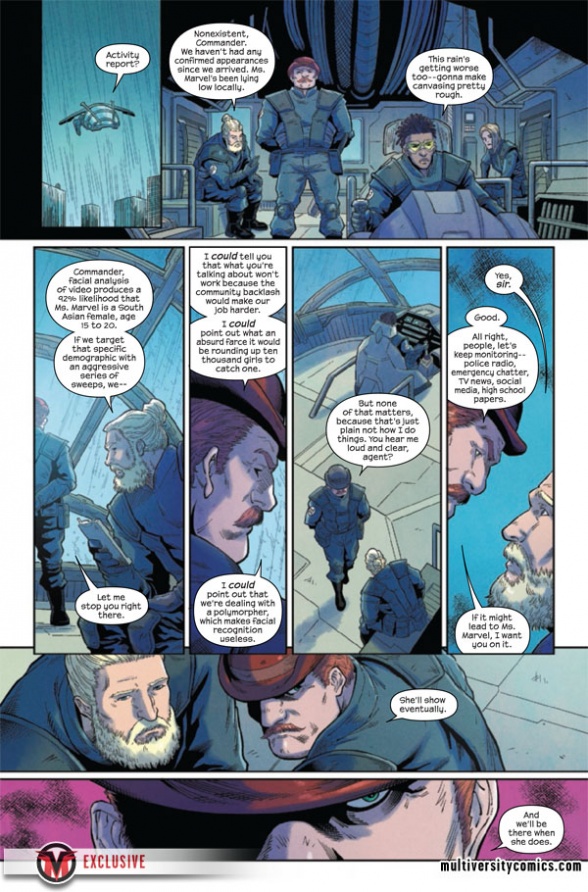