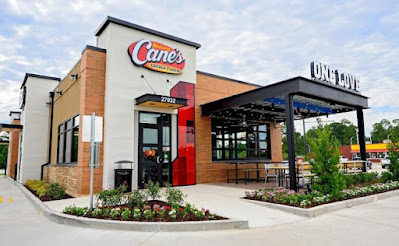 "Caniacs" rejoice! Atlanta is one step closer to welcoming Raising Cane's! ToNeTo Atlanta has learned that Raising Cane's has secured a site in Buford for what will likely be its first restaurant in metro Atlanta.  Multiple real estate sources, including one with direct knowledge of the transaction, tell ToNeTo Atlanta that Raising Cane's will replace Arby's at 3300 Buford Drive, across the street from the Mall of Georgia.  Raising Cane's intends to demolish the existing building and erect their latest prototype restaurant in its place.  The freestanding Arby's has been in business since 2001.

Gwinnett County tax records indicate that the roughly 3,350 square foot restaurant and its roughly one acre lot sold in 2005 for $2.875 million and were acquired this past June for $2.25 million by "J&R MOG, LLC."

University of Georgia graduate Todd Graves, along with his business partner Craig Silvey, opened the first Raising Cane's in Baton Rouge near the LSU campus in 1996.  Graves, who worked for Guthrie's (which proudly claims to be America's Original Chicken Finger Restaurant) while in school in Athens, would later return to the Classic City in 2006 when he opened a new Raising Cane's on land that had been home to Guthrie's from 1984 until its closure in 2004.

Today, there are more than 500 Raising Cane's locations worldwide, but currently just the one Georgia location in Athens.

For those unfamiliar, the Raising Cane's menu, inspired by the early success of Guthrie's, is incredibly simple, with offerings including chicken tenders, Texas Toast, crinkle-cut fries, coleslaw, drinks, sauces, and not a whole lot else.  What some might consider a weakness (a limited, largely unhealthy menu) has turned into a strength for the chain as the limited menu allows it to be incredibly efficient...and profitable. 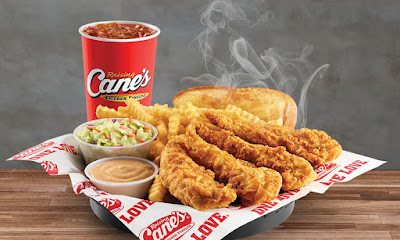 Data released in October indicates that Raising Cane's restaurants produce a $3.85 million AUV (average unit volume), good for second overall among QSR peers with Atlanta's Chick-fil-A once again taking the top spot with an AUV just over $5 million.  Zaxby's, whose founders were also inspired by the success of Guthrie's and who had a six-year head start on Raising Cane's, opening in Statesboro in 1990, operate about 100 more locations than their rival, but generate a mere $2.2 million AUV.

"We're super excited to inform you that we're coming to Atlanta in 2023! We can't wait to serve our ATL Caniacs! See ya soon!"

--- suggests that the restaurant should be open no later than 2023...but hopefully sooner!

Raising Cane's has been scouting the greater metro Atlanta area for more than a year in hopes of securing several sites for new restaurants.  It's still believed that additional units are planned, but given how competitive well-located, drive-thru enabled or capable locations are right now, it may take longer than anyone would like to like to secure more sites.