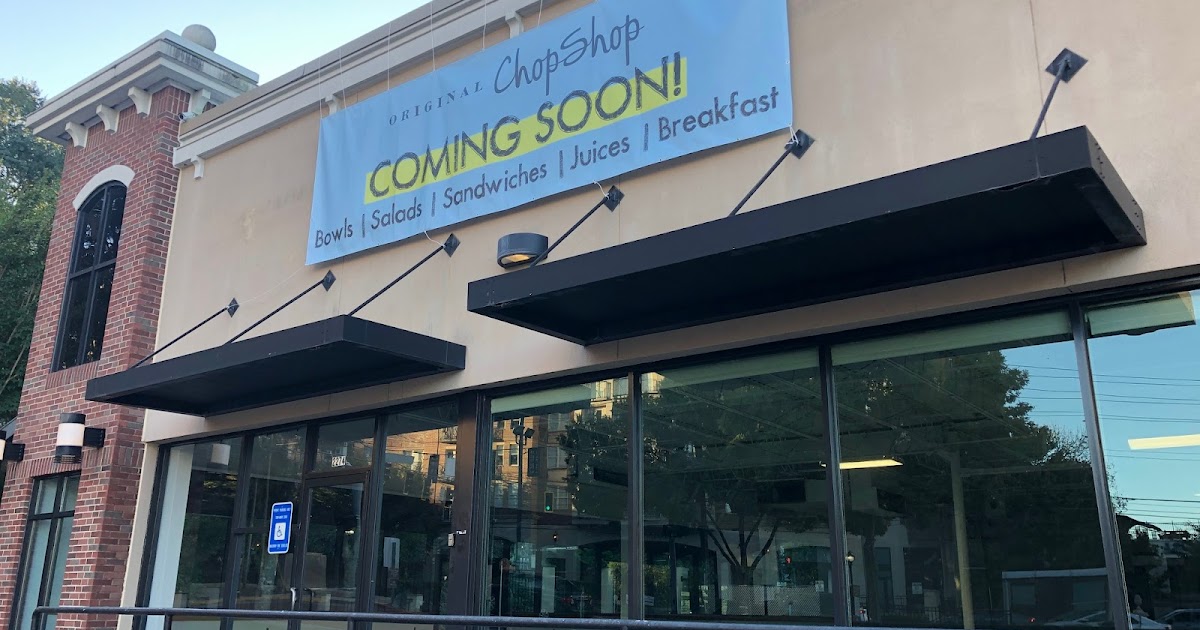 A new restaurant offering healthy bowls, sandwiches, wraps, juices and shakes, among other items, will next year make its debut in metro Atlanta.  Original ChopShop, a concept we've heard great things about but have yet to try, will open at 2274 Peachtree Road in Peachtree Square shopping center in south Buckhead.  The new eatery replaces what had most recently been a Panera [Bread] but the roughly 4,600 square foot space has been empty since Panera's late 2019 closure. 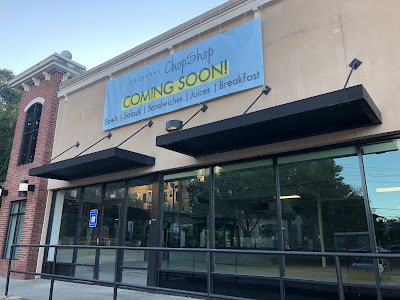 Despite the similar name, Original ChopShop is in no way related to "Chop Shop" a butcher shop on Memorial Drive in southeast Atlanta or "Arnette's Chop Shop" a steakhouse on Apple Valley Road in Brookhaven operated by Michel Arnette of Word of Mouth Restaurants.

Ryan Jocque, Caitlin Jocque, Chad Landau and Brooks Holcomb opened the first Original ChopShop in Scottsdale, Arizona in February 2013.  A few miles away, in Phoenix, Sam Fox opened the first Flower Child in April 2014.  Restaurant and real estate sources told ToNeTo Atlanta months ago - when we first got wind that the chain was looking to enter the market - that Sam Fox was known to be a frequent customer at Original ChopShop and it is believed to have been the inspiration for not only Flower Child but his juice concept Juby True.  The juice offerings were largely merged with sibling concept True Food Kitchen while Flower Child has blossomed into a nearly thirty unit chain with locations in ten states, including three in metro Atlanta: Buckhead, West Midtown and Sandy Springs.  [Flower Child's growth, and that of sibling Fox Restaurant Concepts eateries like North Italia, is now being funded by The Cheesecake Factory, which purchased the company from Fox in 2019.]

Original ChopShop features a rather diverse menu with several protein bowls, wraps, sandwiches and salads in addition to acai and pitaya bowls, avocado toast and other breakfast wraps and bowls as well as protein shakes and cold brew coffee.  Fresh juices and lemonades as well as assorted sides like sweet potato hash with kale and onion, as well as a kids menu are also offered. 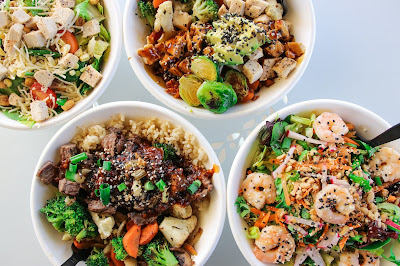 There are currently sixteen locations of the Original ChopShop open in Arizona and Texas with four more, including the Atlanta outpost, "coming soon" in the next year, according to the company's website.

A permit filed this week with the City of Atlanta indicates the company plans to spend just under $900,000 to renovate the space including new non-load bearing walls, ceilings, floor finishes, millwork and seating, among other improvements.

Raleigh-based Hargett Hunter Capital Partners (HHCP) acquired a majority stake in the Orginal ChopShop in 2016 after which it installed Jason Morgan, managing partner at HHCP, as CEO of ChopShop and bellagreen, another HHCP investment.  Morgan served as Chief Financial Officer of Zoes Kitchen from 2008 to 2015.  Kyle Frederick, who spent more than nine years at Zoes Kitchen before leaving in 2016 as the company Director, Operations Services, serves as COO of both ChopShop and bellagreen.

Original ChopShop is now the second up and coming concept to announce plans to enter the Atlanta market being led by a former Zoes Kitchen executive.  ToNeTo Atlanta reported in September that California-based Mendocino Farms plans to open its first Atlanta area location at Modera Prominence - at the corner of Lenox and Piedmont Roads - in Buckhead in 2022.  Kevin Miles was named CEO of Mendocino in 2019 before which he spent nine years with Zoes Kitchen as its President and CEO.

It's likely not a coincidence that the new Atlanta area ChopShop is a short walk from where Atlanta's first Zoes Kitchen opened and that will in December be reopened as a new Cava restaurant. 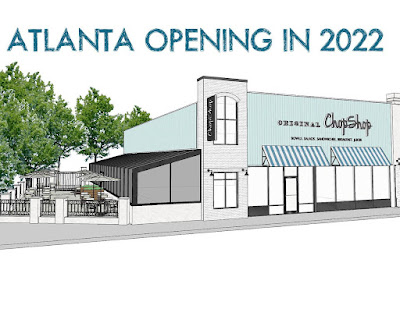 ToNeTo Atlanta is actively tracking two other potential Original ChopShop locations in metro Atlanta and hopes to have additional news to report soon.