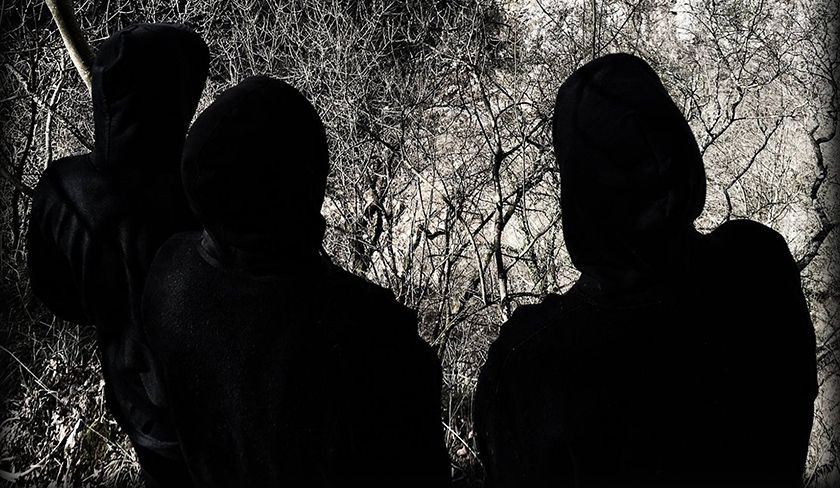 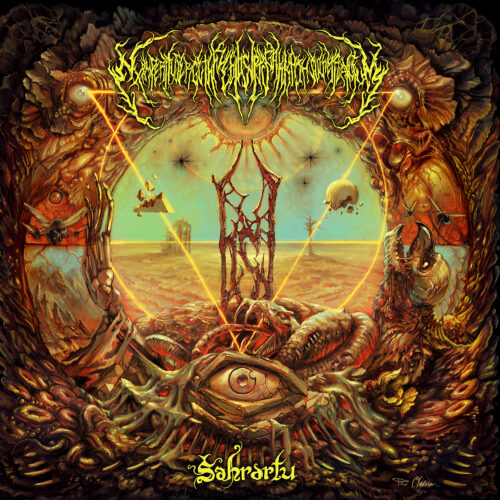 …or Eximperitus for short. What’s in a name, anyway? For the nameless, faceless Belarusian purveyors of brutscurity, it contains fragments of Latin, Ancient Egyptian, Akkadian, and Sumerian to form the “unutterable name of the antiuniverse.” Sold. Let’s fucking go. After buying the wild, unutterable ride that was their first, self-released full-length, the title for which is so lengthy that no resource on the web displays it in full ever, the seal of fandom set deep within my antisoul. In my mind, the likelihood they would ever release anything again seemed slim, so niche was their approach to gritty, low-fi death metal. Then, out of the blue, Willowtip announced their signing of the band to their roster and the imminent unleashing of sophomore full-length Šahrartu. Needless to say, my expectations—among other, more unutterable things—shot straight up to salute the blazing sun.

Right off the bat, I hear the difference five years made. Firstly, Eximperitus‘ style shifted towards something more regal, more refined, and more cohesive than before. Secondly, their production value quintupled—gone are the indecipherable buzzsaws and the booming drum tones which made the last album unique but difficult to weather. Thirdly, songs took a sharp turn towards the long-form, with the shortest proper track on Šahrartu clocking in at a relatively tidy five-point-five minutes. Bookended by two absolutely necessary instrumentals (“Šaqummatu” and “Riqutu”), the album itself cleans up nicely at thirty-seven minutes. It’s a short ride, yes, but it feels immense and epic in ways triple album fuckeries never could, thanks to impeccably detailed songwriting and mystical atmosphere.

Listening to this album is like stumbling across a lost city in the middle of the Sahara desert, where countless Anubises (Anubii?) mate salaciously in a ceremonial orgy to ensure a plentiful rainy season. It’s opulent, grotesque, otherworldly, and fascinating all at once. “Šaqummatu” is the moment just before cresting that last sand dune and feasting your first eye on the spectacle. The main riff repeats itself like a far-off ritual call, an initiation before the main event begins. Before too long, Eximperitus launches forward with “Utpada,” and a realization takes hold. You are a stranger here, but everything’s strangely familiar. This is very clearly technical death metal, and on the surface, it recalls a few legendary bands in particular, but there’s some intangible quality about Šahrartu that strips away those impressions with each passing second. 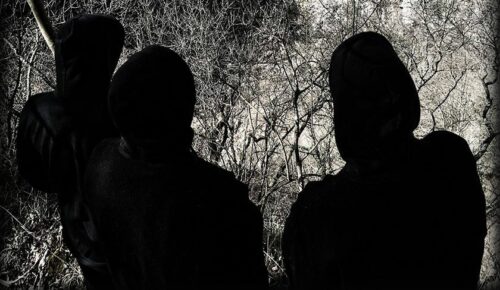 All of the buildup that Eximperitus amasses with middle tracks “Tahâdu” and “Anhûtu”—both of which contain satisfying riffcraft, ripping solos, warm bells, and a dry, blocky snare tone that together construct intensely musical moments—finally ignites with the ten-minute opus “Inqirad.” Holy hell, does this song rip. Containing an early contender for Riff o’ the Year, “Inqirad” destroys everything laid before it like it wasn’t even there, and it only took three ominous chords. This is what this group does best. Deceivingly simple construction bleeding with character and sculpted into immense monoliths. There is no action to take but to gaze and wonder how they even exist. That’s what the meat of “Inqirad” feels like when it obliterates my headphones. As it fades away, the band reprises a riff from the very beginning of the record, a songwriting trick that I absolutely love because it connects pieces of the story together in meaningful, impactful ways. Bringing everything to a close, “Riqûtu” lulls me into a hazy dream state and floats me back to the human realm with meditative tones and soothing chimes, and perfectly blends with the first few seconds of the opener. Thus, the cycle repeats.

Thing is, I didn’t feel any of this on the first listen, or the second. I was playing it from my budget computer speakers then. But every subsequent listen was a proper one, a focused one, and the massively improved production proved its worth. Dynamic and lush, boasting the additional perk of being infinitely enloudened without causing even a hint of fatigue, Šahrartu hits like a sandstorm just as naturally as it caresses with a dry, clean breeze. The one thing I would change is to give the bass a bit more audible presence. As is, it’s clearly felt, but not always so clearly heard. Regardless, Šahrartu is a super Eximperitusticexpialidocious record, far exceeding my expectations and earning the privilege to contend for 2021’s year-end season.