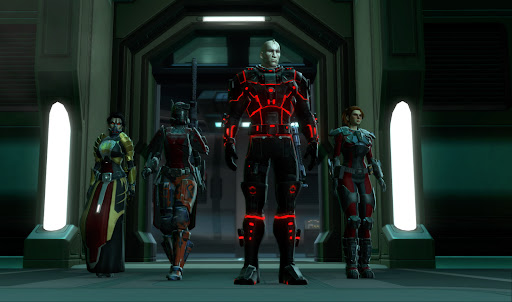 We still haven't got a release date for Legacy of the Sith, but if Bioware wants to stick to the originally announced end-of-year holiday period, it can't be more than three months away. This got me thinking about whether there's anything I need to do to metaphorically "get my house in order" before the expansion or whether there are any goals I should try to achieve before the level cap goes up again. With the way SWTOR tries to keep all content relevant these days, it's not that much of a rat race, but still, sometimes there are things that are better done sooner rather than later.

I came up with the following list of goals for myself: 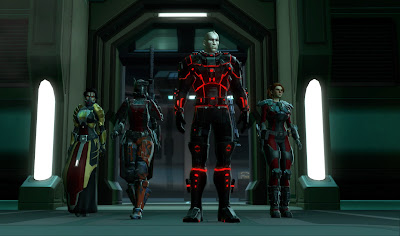 Bioware may have dropped the idea of resetting Renown ranks seasonally, but I'll be very surprised if they don't make us start these over with the expansion. I got the achievements for getting all classes to rank 100 at the end of last year, but raising my main's rank has remained slow-going due to my love for alt play. At the time of writing this, she's in the mid-800s, and I realised that I'm not going to gain the last 150 ranks or so in time without putting some sort of concerted effort in.

It's not a particularly difficult or time-consuming task; it just requires me to focus. Based on some simple napkin maths, earning about two to three ranks a day should be plenty to get me there for the start of December, so that's what I've been aiming for these past couple of weeks.

I did the Onslaught story on one character of each class, but haven't exactly been religious when it comes to keeping up with new story releases on my alts since then. Content like Echoes of Oblivion or Spirit of Vengeance was fun enough to play through once or twice, but the lack of class- or even faction-specific variations has made it less interesting to repeat overall. Still, Secrets of the Enclave had at least a faction split again, and I'm hopeful that Legacy of the Sith will also offer content that is interesting to play through on alts, so I want mine to be ready.

3. Get a saboteur all caught up.

The main thing that has been absent from my "story roster" is a saboteur after that option was introduced, since all my characters have been loyalists. (And since their integrity is important to me, I couldn't just "make" one betray their faction just to see what would happen!) People have been telling me for ages that the saboteur story is awesome and I really need to get to it, and I'd always smile and nod but then not focus on it. I did do some work on getting my Republic-aligned Sniper caught up, since she struck me as the perfect Imperial saboteur, but at some point in late KotFE things just kind of fizzled out. Recently I've picked her up again, and I'm telling myself that as little as one chapter/story installment per week would be enough to get caught up in time for the expansion. I just need to stick with it! 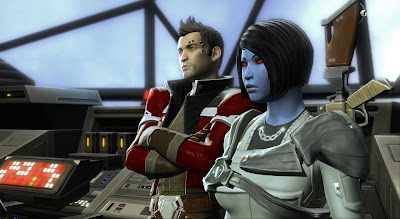 No special reason for this other than that I'd like to actually reach the level cap before it goes up again. Then I'll probably make a post on Reddit about it. Again, this is something that I can quite easily chip away at in small chunks, one week at a time.

5. Continue clearing out my materials tab a bit.

This kind of ties into what I wrote about making money in my last post. I've not just been selling jawa junk, but also realised that I've got a ton of stuff stashed away in my materials tab that's actually quite valuable. I kind of predicted that this would happen with how "out of sight, out of mind" crafting materials have become since the addition of this special inventory with Onslaught, but that hasn't prevented me from falling prey to it myself.

I don't know how many of these things will retain any value come expansion time, but even if I want to be cautious and keep some for myself just in case they remain useful for something, I won't need hundreds and thousands of each of the rarer items, so off to the GTN they go! I don't exactly need the extra credits either, but you never know.

All of the above should be quite enough to keep me busy to be honest, but there are of course always other alts to progress as well. The question of who could even be a saboteur among my Republic characters has me pretty stumped... I'm leaning towards one of my Scoundrels, but even there I'm not sure I can really see her siding with the Empire to this degree. Either way, whichever one I'd pick would have all of KotFE, KotET and more to get through to get all caught up.