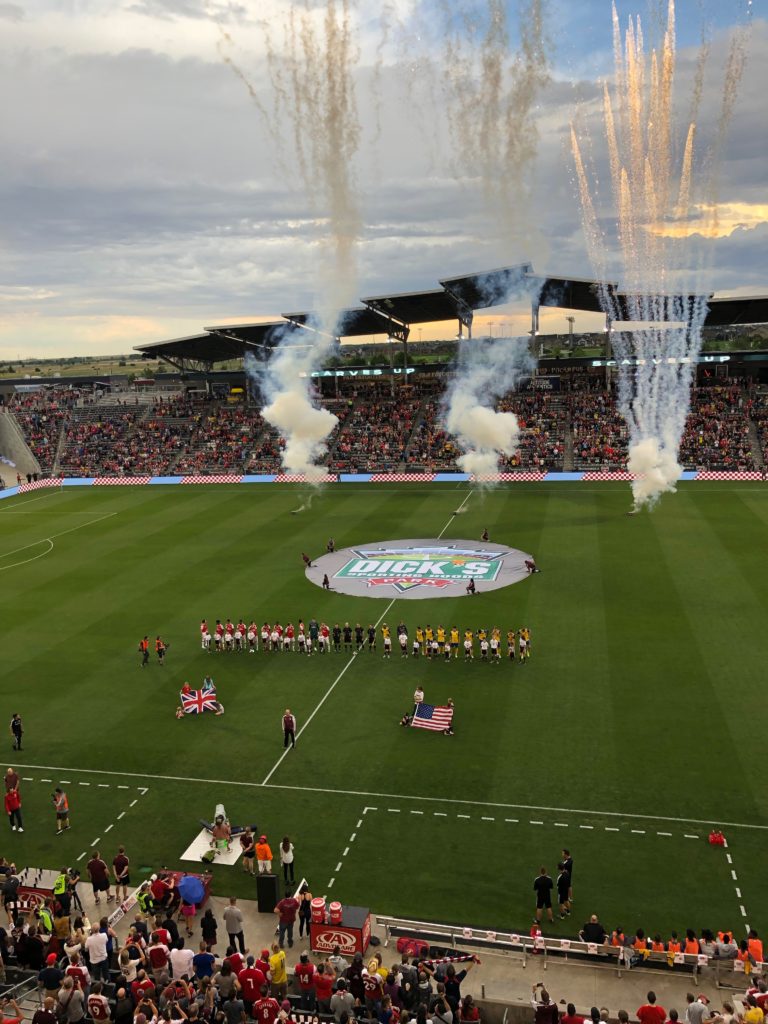 A Beggar For Good Soccer: Born In The USA

Editor’s Note: Welcome back to A Beggar For Good Soccer, an ongoing series from Howler contributor Jessica Malone. After a brief rest following her first forays in Europe, Jessica is back with some shots from MLS and NWSL games from earlier in the summer.

When I left France in June, I knew that I was not ready to start looking for a job. After ten years of working, I wanted to maximize my time to decompress and enjoy life. With my belongings still in storage, I couch surfed for most of the summer, visiting friends and family around the country and going to soccer games whenever I could. I also began planning another groundhopping trip for the fall, with the hope of making my first visit to several Premier League stadiums outside of London. Work would have to wait until later in the year.

I made my fist visit to Audi Field in Washington, D.C. on the night of Wayne Rooney’s 60-yard goal from inside his own half. I participated in a panel on women in soccer as part of Guerilla FC’s “The Mind of Guerrilla” installation at Homme DC.

I took my dad to his first NWSL match at the Maryland Soccer Plex, where Women’s World Cup stars were playing for the Washington Spirit and Orlando Pride less than one week after being eliminated France.

In July, I returned to Denver and caught the Colorado Rapids vs Arsenal friendly.

Next, I went to the Pacific Northwest. Some friends and I drove to Tacoma and went to the first home Reign FC match (against the Chicago Red Stars) since the Women’s World Cup ended.

In August, I made my first-ever visit to Portland and saw the Timbers play on a Saturday night, then returned to Providence Park the next day when the NWSL attendance record was set at the Thorns vs NC Courage match. I returned to D.C. at the end of the month to watch the Washington Spirit and Orlando Pride sell out Audi Field.

I have thought a lot about how I want to look back on this time in my life, when I had an all-too-rare break from the working world and allowed myself to indulge in my love of global football. I’ve kept telling myself that one more trip will get it all out of my system, that after I finally make it to some of the stadiums I’ve been dreaming of visiting for twenty years, I will be ready to be a grown-up again – to find a place to live, unpack my bags and get a job.

I have a long and ambitious journey ahead of me in September and October, and after that – who knows? Stay tuned!

The post A Beggar For Good Soccer: Born In The USA appeared first on Howler Magazine.

A Beggar For Good Soccer: Born In The USA