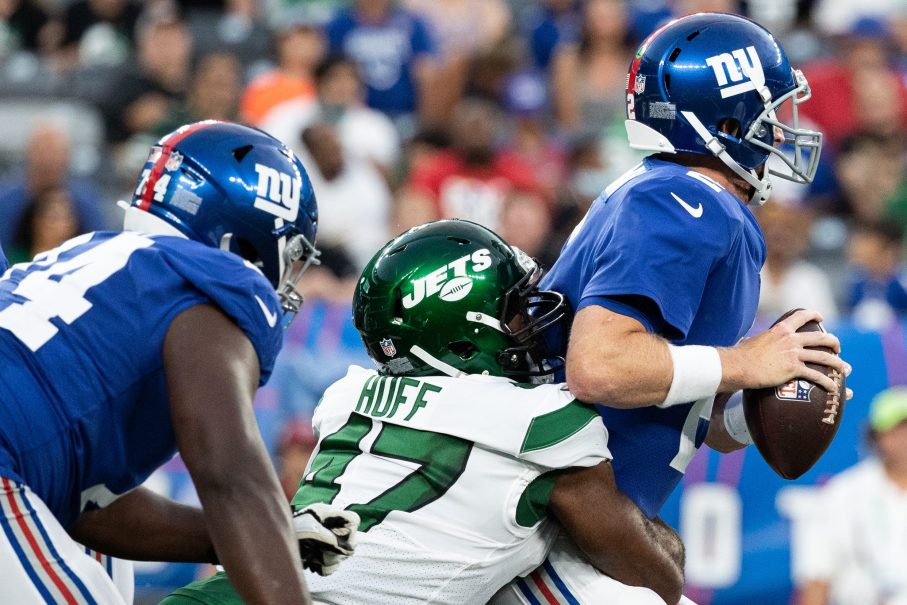 In a lawsuit that George R.R. Martin may join as it is a class-action affair, a Greenwich Village man named Abdiell Suero is suing the New York Giants, New York Jets, the NFL, league commissioner Roger Goodell and other associated entities for $6 billion because NYC’s football teams actually play across the Hudson River in New Jersey.

In the filing that was introduced in Manhattan Federal Court this week, Suero and his attorney Evan Spencer demand that the Giants and Jets, who will both miss the playoffs once again and have a combined record of 8-24 with one week left in the NFL season, abandon their shared Meadowlands home of MetLife Stadium in East Rutherford and return to the other side of the Hudson in the Big Apple.

“The Giants and Jets have no legal or ethical right to play in a stadium built on cheap landfills in New Jersey and still call themselves New York franchises,” Spencer said. “New York is a special state and an iconic brand that can’t be used by NFL New Jersey teams to increase their value.”

Asserting that the defendants are “engaged in a conspiracy and are jointly and severally liable for all damages,” the plaintiffs are seeking $6 billion as well as a court order forcing the Giants and Jets to return to New York State following the conclusion of their contracts with MetLife Stadium in 2025 and a requirement for the teams to be renamed the East Rutherford Giants and Jets as long as they continue playing in New Jersey.

“I’ve traveled to and from MetLife Stadium by mass transit and car service and both ways are a nightmare,” Suero said in a release. “It’s much easier and more fun to see the Knicks, Rangers, Yankees, Mets, or Nets who are in New York City. If the Giants and Jets want to call themselves New York teams they need to come back to New York.”

Per a statement from the Giants, the case “has no merit and we will defend it vigorously.” If only their defense could do the same thing with the end zone.