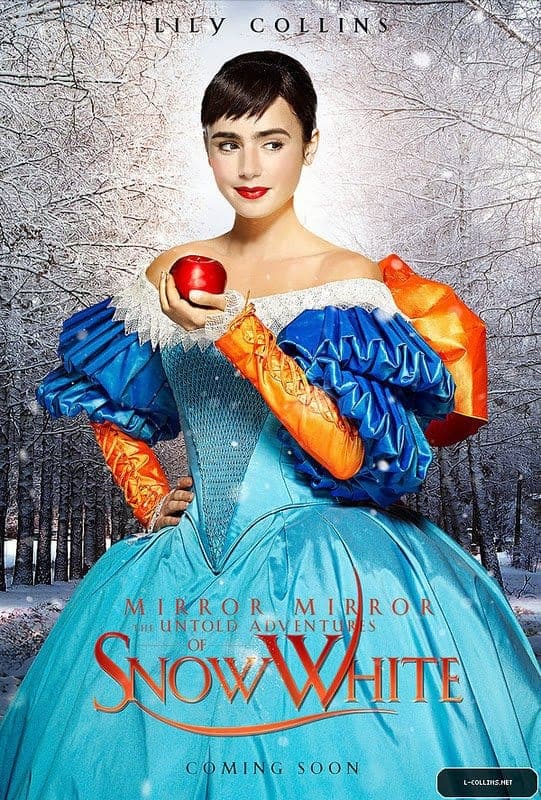 Fans of Snow White Will Love This Series

If you’re a big Disney princess fan who gravitates towards the aesthetic from Snow White and the Seven Dwarfs (1937) or the movie’s iconic Disney princess Snow White — lips as red as rubies, skin as white as snow, dark hair, red apples, and a setting with vibrant colors — then there’s a hit series that you might have previously missed out on watching! Emily in Paris is a Netflix series by Darren Star that started in 2020 and that has become the Parisian Sex and the City or The Devil Wears Prada for many viewers, and its lead actress has some bonafide experience playing Snow White!

Lily Collins, the daughter of Phil Collins (a singer who many Disney fans will recognize from the Tarzan soundtrack) and an acclaimed actress from movies like To the Bone (2017), played Snow White in the 2012 movie Mirror Mirror. While the movie itself takes a quirky and unexpectedly ‘Bollywood’ approach to the classic Snow White fairy tale, there is no doubt that Lily suited her fairy tale princess role perfectly! 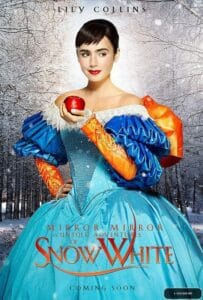 If you enjoyed watching Snow White in Mirror Mirror, and have been following Lily Collins ever since, then you will definitely want to consider watching Emily in Paris. Lily (aka Snow White) sticks with the aesthetic that works for her in the show, which is the pale luminous skin, dark hair, and red lips from the Disney princess’s look–meaning that the end result is essentially Snow White in Paris.

Emily’s personality in the show also suits Snow White; she’s bubbly, kind, and optimistic. Emily also has grit, determination, and charisma–which aren’t necessarily traits that the classic Snow White was known for, but are certainly traits that make her more palatable in the modern world! Lily Collins was actually nominated for the Golden Globe for Best Actress in a Television Series Musical or Comedy for this role, too! 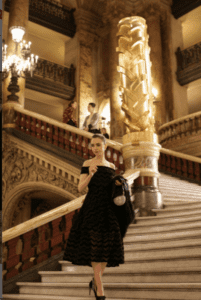 Emily in Paris follows Emily, an enthusiastic marketing major from Chicago who unexpectedly heads to Paris for a job at the marketing agency Savoir. It’s immediately clear to her that her French co-workers find her over-the-top, and comical melodrama ensues as Emily tries to win over French clients (and her staunchly French co-workers) while also trying to make new friends in France (such as Ashley Park’s character Mindy) and meet some handsome Frenchmen along the way. The French chef Gabriel is a particular hit with audiences when it comes to Emily’s love interests and romances!

There’s gorgeous clothing, hair, and makeup (see below for an example of Snow White makeup and Emily in Paris makeup straight from Lily Collins!), which is undoubtedly one of the show’s most famous attributes and further pushes it towards fantastical Sex and the City or The Devil Wears Prada territory. The Snow White aesthetic is strong with this show. Even fans who don’t know that Lily Collins has played Snow White might find themselves thinking about the Disney princess when they see her! Be warned, however; this show is for adults only. Lily Collins also recently had her own Disney princess fairy tale wedding with Charlie McDowell, in a small rustic ceremony at Dunton Hot Springs Colorado. Do you like the sound of Snow White in Paris? Have you heard of Emily in Paris before–and if you’ve already watched season one, are you watching season two now that it’s premiered?

The post Fans of Snow White Will Love This Series appeared first on DisneyFanatic.com.

Fans of Snow White Will Love This Series