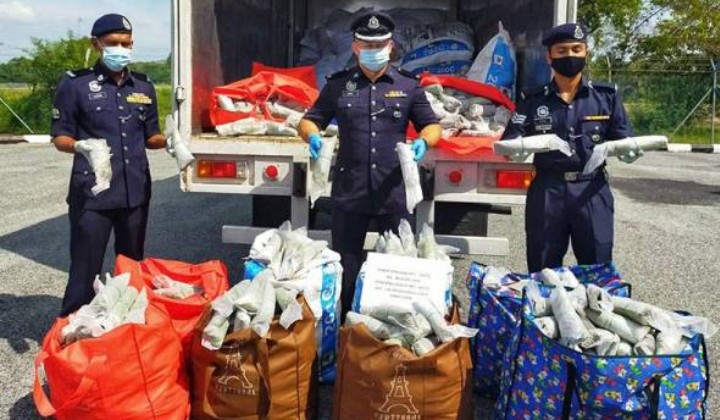 Subscribe to our new Telegram channel for the latest updates.

A 33-year-old father who lost his job in June 2020, because of the Covid-19 pandemic, rented a three-tonne lorry for RM2,500 per month with his i-Sinar funds in an attempt to smuggle 1.5 tonnes of ketum worth RM22,000 from Kedah to Negeri Sembilan.

According to Bernama, police had stopped the former express bus driver for driving suspiciously and later found 80 bags of ketum leaves in the bed of his lorry.

The suspect confessed to being paid RM2,000 per trip to ship the contraband to its destination and had rented the lorry using his Employment Provident Fund (EPF) money. He had also used the lorry to make other deliveries like food and furniture.

Police also said that the man’s drug test was clean and that he had no prior criminal records.

Harian Metro reported that this was the first time the married father of three from Sungai Petani, Kedah had attempted to make a ketum delivery.

The man will be remanded for four days and his case investigated under Section 30(3) of the Poisons Act 1952.

Ketum is listed as a third schedule poison in Malaysia, but did you know that it’s okay for you to plant the trees in your garden?

READ MORE: Ketum Ban: Should We Or Shouldn’t We?