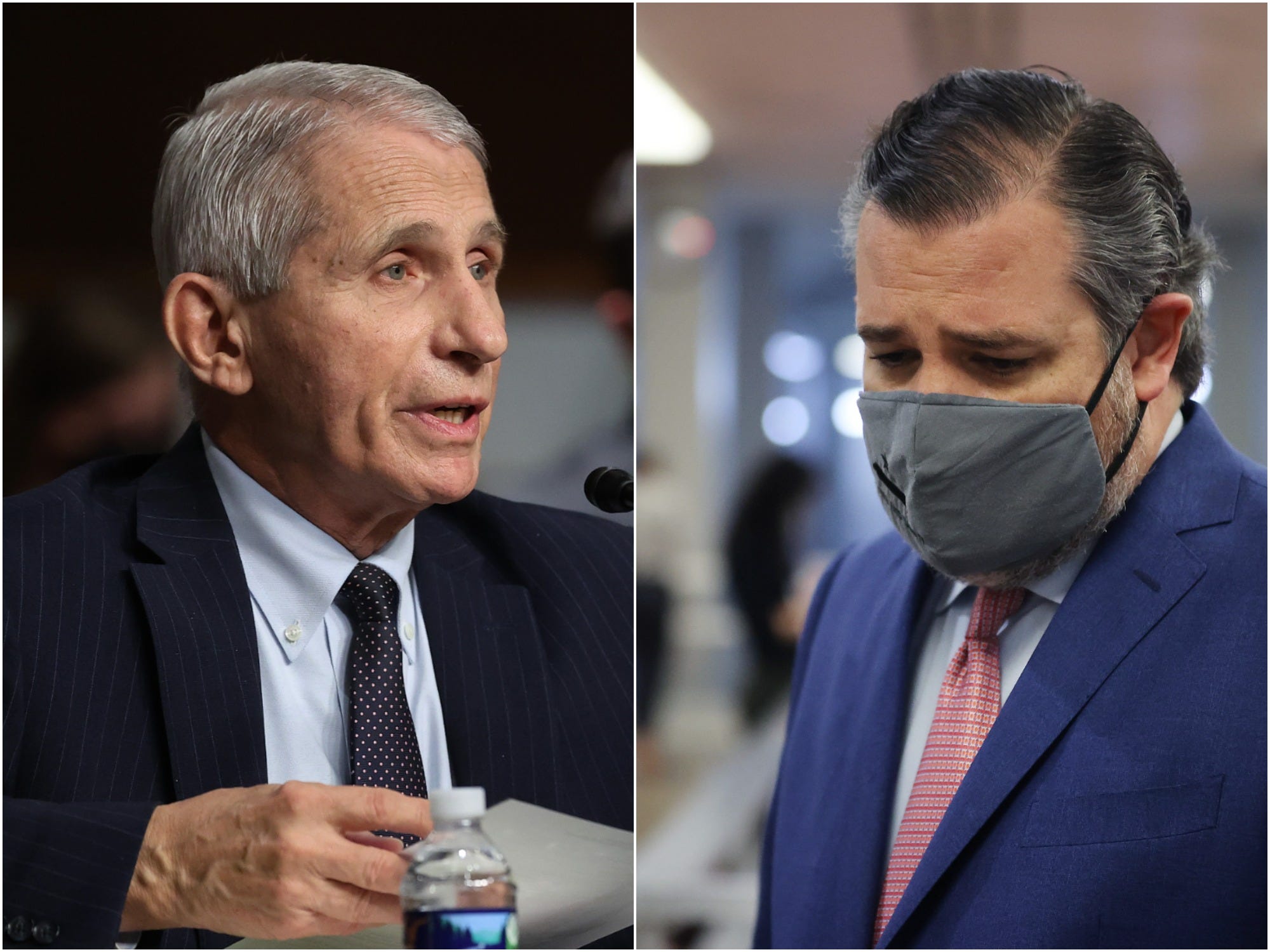 Dr. Anthony Fauci responded to Sen. Ted Cruz's calls for him to be prosecuted by invoking the storming of the US Capitol on January 6, suggesting that Cruz was the one that should be prosecuted.

Fauci, the Director of the National Institute of Allergy and Infectious Diseases and Biden's chief medical advisor, sat for a wide-ranging interview over the weekend with CBS's Margaret Brennan.

"Sen. Cruz told the Attorney General you should be prosecuted," said Brennan, referring to an October committee hearing where the Texas senator called on Merrick Garland to appoint a special prosecute to investigate Fauci over gain-of-function research.

"Yeah," Fauci replied. "I have to laugh at that. I should be prosecuted? What happened on January 6, Senator?"

Brennan then asked Fauci if he thought he'd been made into a scapegoat by the right.

"You'd have to be asleep not to figure that one out," he replied.

Fauci's suggestion that Cruz should be prosecuted over the January 6 storming of the US Capitol come as Senate Democrats' ethics complaint against Cruz and Sen. Josh Hawley remains stalled, according to POLITICO.

The day after President Joe Biden was sworn in, 7 Democratic senators filed a complaint charging that the duo "lent legitimacy to the mob's cause and made future violence more likely" by announcing that they would object to the counting of certain states' electors.

Cruz later responded via Twitter, calling Fauci an "unelected technocrat who has distorted science and facts in order to exercise authoritarian control over millions of Americans."