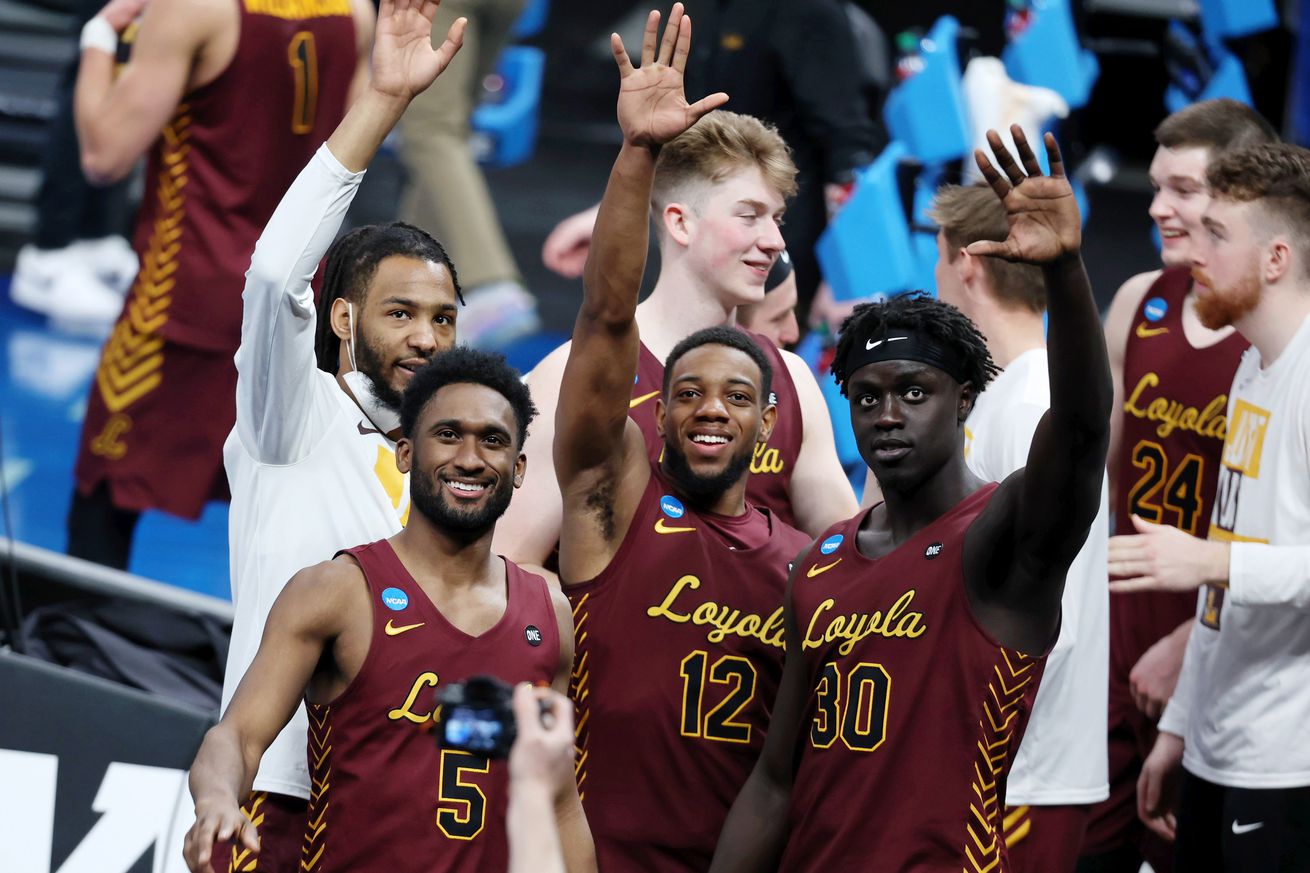 Michigan State-Loyola, Wisconsin-St. Mary’s, Ohio State-Florida, and a few non-conference tomato cans for the Wolverines and Gophers. Come talk about it!

...and today we must suffer their consequences.

(Really the only of those consequences is “wisconsin in a championship game,” but it’s such an unappealing championship that it’s being played in the afternoon, which is hilarious.)

The Ramblers are led by Drew Valentine—yes, brother to Denzel, friend to all. Cam Krutwig is gone, but the rest of Loyola’s depth is still around—G Lucas Williamson is a defensive-minded, big-shot-making guard, while a pair of 6’7” forwards, Aher Uguak and Ryan Schwieger, have done the bulk of the scoring for Loyola so far.

Curious to see how that Spartans respond to that defensive-minded culture that Valentine has said he plans to continue imposing in Rogers Park.

Johnny Davis, it turns out, is pretty damn good at basketball.

This game will be unwatchable.

Here’s hoping MaximumSam or BoilerUp or someone can help us out here, because I didn’t watch the first Ohio State game and have no interest in the second.

MaximumSam: Another day, another solid veteran group. Florida is up to 13th on Torvik, and has double digit wins in every game, including one against A Good Team in Florida State. Their top six guys are seniors, led by old foes Colin Castleton (transfer from Michigan) and Myreon Jones (transfer from Penn State). OSU still missing Sueing, Towns, and Brown, so they are missing some flexibility. Here’s hoping for another hot shooting game. At least it is doubtful Florida fans will be chanting “Oral Roberts.”

Dolphins trying to make it a clean sweep against the Gophers basketball program.

Here’s your thread for the day’s hoops. Go nuts, behave, and give a few other things a read in the meantime. Be safe on Blackout Wednesday to all who celebrate.